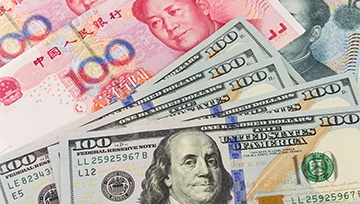 A ’Pause’ on the US-China Trade War Sees Little Dow Traction, None for Dollar

Have the Trade Wars Been Called Off?

We opened up the new trading week on a optimistic note. A joint statement released by officials in the US and China over the weekend reported that the two had come to an understanding that would seem to cap the threat of an all-out trade war between the two largest individual economies in the world. US equity indices responded to the headlines as would be expected: a gap higher on the open and follow through as the session wore on. However, we would expect a development like this to carry a little more weight with global investor sentiment. Theoretically, this averts one of the most threatening storm clouds on the horizon as the spillover would be inevitable and painful. And yet, the 'risk trend' response was far from convincing. The performance fo global shares was mixed, junk bonds hardly responded with optimism, emerging markets were still spinning their wheels and the Dollar actually lost ground. The skepticism arises from the lack of details for this positive development as well as the recognition of so many other fronts in the battle against financial stability. 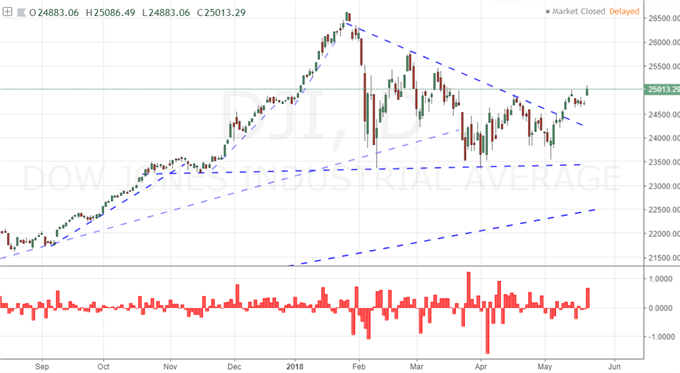 Not the Event You'd Expect the Dollar to Retreat From

It is not exactly surprising that skepticism kept its strong foothold in the financial system despite the headlines. After years of complacency-supported gains in speculative markets, avoidance of imminent crisis does not register as an immediate and powerful reason to promote fresh risk taking. The volatility through February may be behind us, but its effect on investors' willingness to stretch further and further into risky positions still registers the pain. For the US-China deal itself, there is very little detail to qualify it as an unmitigated improvement. China will reportedly boost its imports of US goods, but there was no notional targets given, industries were not covered, political pressures were not addressed and there certainly wasn't a take away from this for which other trade breakdowns could take heart. The Dollar initially rose on the day, but it ended in the red through Monday's close. This doesn't turn the currency's slow rise necessarily but it certainly doesn't project its uneven strength thus far. I am still holding my EUR/USD short and like GBP/USD's technical qualifications. That said, I'm keeping USD/CHF, AUD/USD and NZD/USD as options for any serious Dollar retreat. 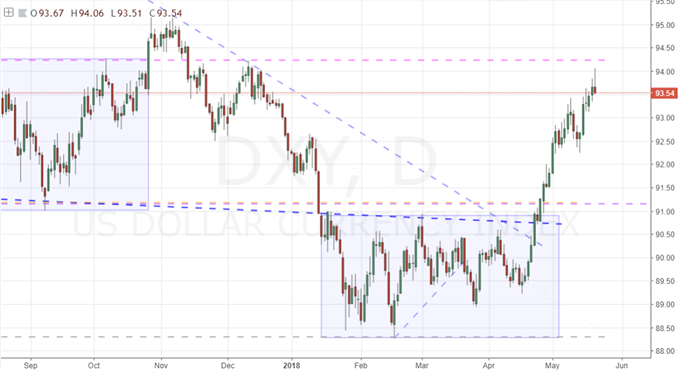 While the Dollar was left adrift despite the headlines that drew a direct line to its health, we found a few other major currnecies on the move MOnday. The Sterling has seen its slide gain enough traction that the Cable (GBP/USD) has dropped another noteworthy level of support. This time, the progress comes through a collection of important Fibonacci retracement levels pulled on major trends over the past years around 1.3450/35 - which also happens to be the congestion low from the past few weeks. The weight to start the week doesn't come with a particularly pointed piece of event risk or salacious headline. Yet, it does register through all of the Pound crosses - take a look at GBP/AUD, GBP/CHF and GBP/NZD. We will have more to respond two over the next 48 hours as BoE Governor Carney and some colleagues will testify before parliament Tuesday and inflation data is due the following day. The more driven fundamental performance this past session comes from the Euro. The currency extended last week's broad slide with news that Italy is closing on a coalition government that has a very clear anti-EU and anti-Euro bias. This recognition can exact much more on the currency given its very buoyant standing.

Technical Progress that Is Worth Monitoring: Aussie and New Zealand Dollars, Swiss Franc

Though my ideal for honing in on good trades is to find those options with both technical and fundamental support to bolster their potential, it is important to monitor those developments that as yet only have one leg of support behind them. Sometimes sheer speculative force can earn the sustained market move or the otehr side of the analysis coin can just come into play a little later. The Swiss franc remains one of the most interesting currencies among the majors as it simply is the counterpart of more productive players - particularly the Euro. Should EUR/CHF collapse under the Euro's weight, it will open up quite a few opportunities for the likes of USD/CHF, GBP/CHF and CAD/CHF. As for the Australian and New Zealand Dollars, there is a deficit of genuine fundamental lift waiting in the wings. These are carry currencies with little hope of an immediate future of higher returns. That said, they are also significantly discounted, and a rebound through speculative appetite and anticipation of general normalcy in these unfavorable standings can prompt the markets to act. I'll keep tabs on pairs like AUD/USD, GBP/AUD, EUR/AUD, NZD/CAD and others. We discuss all of this and more in today's Trading Video. 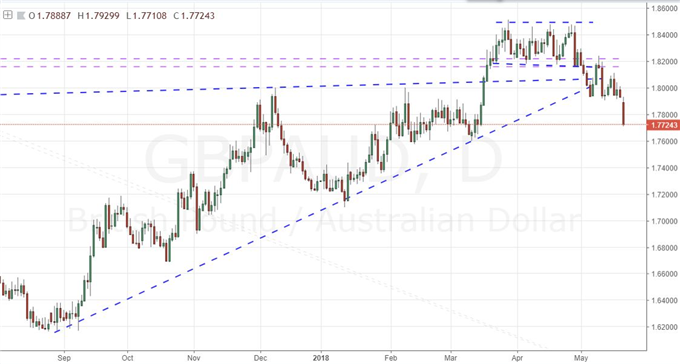