Risk Trends Sour but it is US Equities Leading the Way

Speculative sentiment started off the week on shakey ground, but it started to genuinely slip through Tuesday's session. Taking their position as symbolic leader of risk trends seriously once again, the US equity indices were opened this past session with sizable gaps down on the the open. The selling pressure gained a little more traction through the active trading hours without tipping into a full-tilt bear trend. The S&P 500 curbed its bullish breakout bid, the Nasdaq 100 is starting to form a right shoulder through a head-and-shoulders pattern, and the Dow broke its longest streak of daily gains (8) in 12 months. The damage done in altitude loss may be modest, but the impact on already flimsy conviction can prove more crippling than many appreciate. Looking further afield on the risk spectrum, there isn't evidence of a full buy-in. Europen equities were steady, Yen crosses didn't commit but emerging markets certainly felt the pain. Currencies like the Brazilian real, Turkish lira and Indian rupee suffered mightily to the US dollar.

Dollar: Not Ready to Capitulate Just Yet

The fundamental drive behind the Greenback may be an uneven mix of half stabile drivers, but it is nevertheless keeping the currency buoyant. Facing a recent slip, the DXY Index staged an impressive rebound Tuesday to plug the hole it had sprung following a month-long recovery effort. The currency's rally earned a noteable break for USD/JPY above 110 with a long-term trend break for the battered NZD/USD, but the progress was far less 'critical' elsewhere. For EUR/USD, a return to the 2018 low was as good as it would get. The jump for GBP/USD, USD/CHF and AUD/USD would simply build a little favorable pressure in recently established ranges. If you were looking for the signal for Dollar bidding in the docket or headlines, you wouldn't find much. Aside from housing data that offers little regular market moving, the Fed speak on tap struke familiar chords. The testimony of two Fed candidates - Clarida and Bowman - raises the potential of a heavier hawkish skew in the Board, but that hardly seems a relaible ladder rung. A moderate risk appetite, monetary policy advantage, speculative bid and counterpart pain can combine to gains moving forward; but it is not an easy mix to keep. 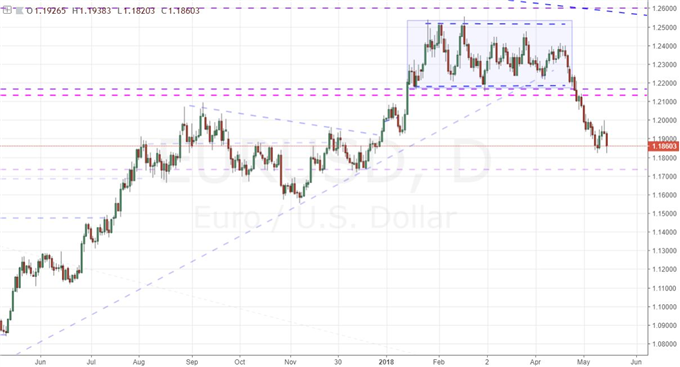 We have registered some remarkable fundamental developments for key currencies this past session that resulted in very unimpressive market moves. A run of Chinese data offering a miss on Chinese retail sales and industrial production along with the new offer of the country's jobless rate resulted in little tangible USD/CNH response as we would expect from a managed exchange rate. A little more surprising was the limited response from the Sterling to the UK data. The jobless claims change jumped more than three times the forecast with an uptick in the claimant count rate. Add to that the Scottish Parliament offering more trouble for Britains withdrawal proposal and news that a Brexit white paper will come out next month, and it is impressive that GBP/USD would take out its range low with the Dollar's performance. From the Euro, a concerning headline of demands from Italy's Five Star and League didn't gain much rotation amid updates like North Korea's threat to cancel the summit with President Trump. Demands that 250 billion euros in ECB purchased Italian debt be forgiven, reform of European treaties and making easier to exit the EU are troubling. Yet, the Euro didn't seem too troubled looking around at the broad performance beyond EUR/USD. 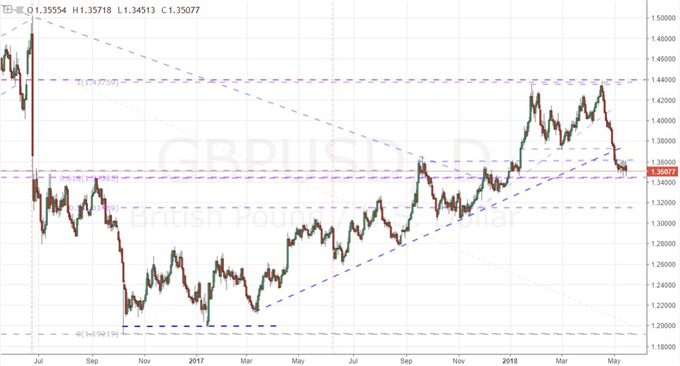 In contrast to the heavy-news-light-action mix above; the Kiwi dollar, Swiss franc and gold were doing much more with less. The docket was essentially open for the New Zealand currency, and yet the pain continued with a critical extension on NZD/USD. This is not a free to roam bear run however as GBP/NZD, EUR/NZD and NZD/JPY are near the boarders of critical technical levels. If the pain continues, these are pairs that should be watched closely - but even if it makes a bid for recovery, these are still strong opportunities. From the Swiss franc, we don't expect a traditional fundamental response; but it is clear that EUR/CHF exerts particular influence. The pair made a more threatening correction this past session and pairs like CAD/CHF pose impressive opportunity. Even gold put in for an impressive day. Certainly the strength for the Dollar and 10-year Treasury yield contributed to the metal's problems, but the break from a month's-long range was still a surprise. Looking to retail speculative interest, traders are confident range conditions will kick back in with extreme net long interest on virtually no short exposure. Beware extreme conviction as it can prove to be delusion. We discuss all of this and more in today's Trading Video. 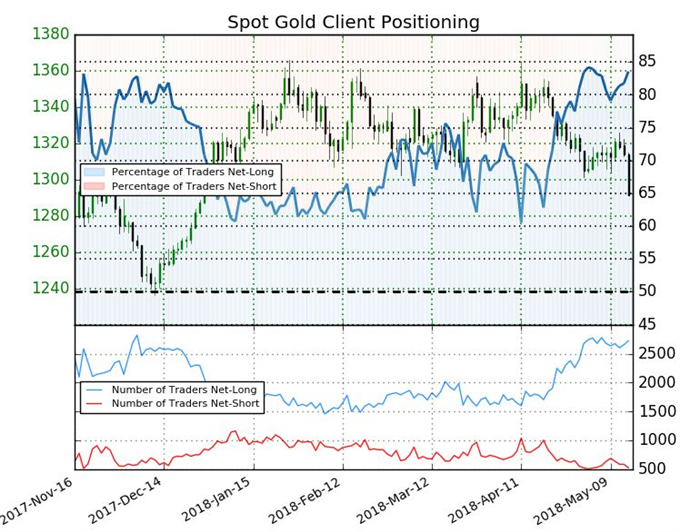