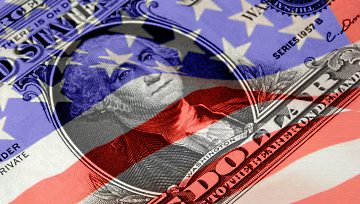 The earnings season may not be at an end in the US, but its potential as a defining fundamental motivation for equities and general risk trends has passed. Wednesday offered the bulls the opportunity to mount a full-scale recovery effort on the back of the Apple report. The tech behemoth beat on income, revenue and earnings per share to further the string of impressive reports from the popular FANG group (Facebook, Amazon, Netflix and Google). All told, these leaders of bullish enthusiasm - a group which stood as the pinnacle of the technology sector that championed US equities which lead the charge for risk-based assets for nine years - leave us with the distinct feeling that further advance in already-buoyant capital markets will be increasingly hard earned. Another element of the Apple report was their plan to do an incredible $100 billion in shares buybacks. That resulted in a remarkable bullish gap for AAPL and the best single-day performance in nearly 16 months, but it did little for the tech-heavy Nasdaq and almost nothing for the Dow or S&P 500. We will have to find our motivation for general risk trends elsewhere it seems.

Top event risk this past session was the Federal Reserve rate decision. Interest in the event was leveraged by the progress of the Dollar these past weeks and the notable retreat in monetary policy by some of its largest peers. The top line outcome for the event met expectations as the central bank held its benchmark range unchanged at 1.50 to 1.75 percent as expected. Swaps and Fed Funds futures put that outcome at approximately a 95 percent probability. Therefore, holding rates would rouse neither bulls or bears. However, that same anticipation and the activity on monetary policy and in exchange rates would prepare the market for nuance. The policy statement that accompanied the rate decision did offer some modest changes. The group struck a sentence from the previous update that noted an acceleration in growth recently while they would also adjust their language on inflation to suggest they are meeting the targeted pace over the medium-term. There is debate over the intent and influence of these adjustments, but ultimately the market doesn't register enough to either accelerate or reverse the Dollar's recent recovery effort. The Fed has set a transparent hawkish bearing, so we are likely to find more from its juxtaposition with other monetary authorities than in its own adjustment. For me, this still supports a Dollar rebound on the basis that 2017 put it into a fundamental discount.

Euro Holds the Keys to EUR/USD, And EZ CPI is Important

If the Dollar were offered no other fundamental event risk for the foreseeable future, it is likely that we would simply coast further into the current recovery. However, we are due the NFPs on Friday which can attempt to resuscitate monetary policy while the trade balance data ahead can alternatively return our attention to trade wars with the proper surprise. Yet, the watermark for a Dollar-directed move ahead is set particularly high. It is more likely that the Euro can further direct the Greenback through EUR/USD moving forward. Last week, the ECB weighed in on its monetary policy and their notable reticence to progress the normalization effort further raised the profile of its contrast to the Fed's otherwise persistent tightening program. Then again, the ECB wouldn't push their dovish efforts further with a limited range of options and the strategic risk that they could stoke fear over growth and financial health. Data on the other hand cannot take a nuanced approach. It can shape expectations in its bluntness. What happens if the Eurozone CPI reading due ahead comes across the wires with the same deflated readings for Germany, Italy and Portugal earlier this week? If the Euro were to retreat, it would usher in much more than a EUR/USD move.

Momentum and Motivation Between Pound, Aussie, Kiwi and Loonie

There are some remarkable moves unfolding across the FX market, but many of them seem to be developing without a clear fundamental motivation. The Pound's slide these past few weeks suits a currency that has been driven to a post-Brexit high despite a material downgrade in the quality of discussion between the UK and European Union negotiators. Data like the PMIs this week do little to highlight this key fundamental theme or even shape the BoE's fading rate forecast, but that doesn't mean it can't help the currency along. For the Australian and New Zealand Dollars, remarkable tumbles these past weeks have proven intense. Yet, there hasn't been a new drop in risk appetite that would feedback to these wayward carry currencies, nor has the fundamental backdrop further undermined their individual rate forecasts. These are currencies that deserved a discount, but are now reaching well beyond the band with decline that is so intense it can draw in speculators looking for a rebalance. Finally, there is the Canadian Dollar. We have the trade figures ahead which can update us on the threat of trade wars, but we have already seen a hearty recovery these past few months from a deep discount. This balance can offer opportunity in either direction.