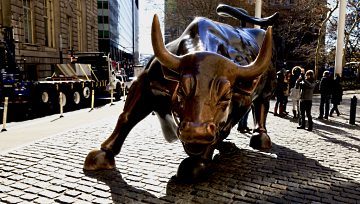 The remarkable slide from US equities Monday was both unexpected and troubling, yet those are not definitive ingredients for systemic change as we have seen time and time again. Typically, holiday-thinned trading conditions curb major market developments as committing to a systemic trend without a full representation of liquidity to build conviction behind the move is far too risky for most. Yet, that didn't seem to be an encumbrance for the slide in risk-related positioning to open the week, month and quarter. While all of the critical breaks weren't made by the symbolic leaders for sentiment-based markets, the intensity and breadth of the decline put traders are alert. For technical milestones, the S&P 500's first close below its 200-day moving average in 448 trading days stood as the baseline for shifting sentiment. Yet, with the open of the Asian and European markets Tuesday for their first go at the new quarter, it was clear that the same panic was not spreading. With a backdrop of balance, the S&P 500 would promptly close back above its 200 DMA Tuesday. 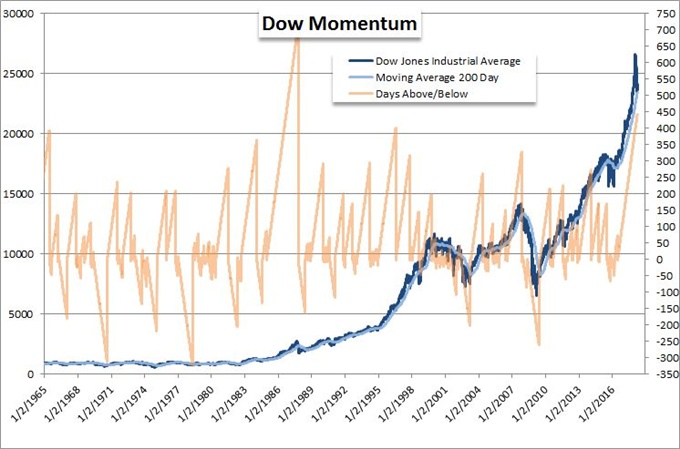 Risk Trends are Still Very Much Deteriorating in the Backdrop

Technical cues alone do not charge deep trend changes in the market. Sure, they can signal a possible shift in bearing and momentum or even spur some chart-specific repositioning among the speculative rank, but the influence is more often catalyst rather than fuel for the fire. That being said, the speculative backdrop for the financial system has notably come under pressure. Beyond the traditional - and at this point, mundane - cooling of economic winds, we have seen political influence grow more pervasive and detrimental to the complacent charge forward. Trade wars are not in the technical phase of progression, but the developments are no less crucial. After the Chinese Ambassador to the United States warned his country would response to US duties in kind for both scope and intensity, the Office of the US Trade Representative released details on the approximate 1,300 lines of tariffs amounting to $50 billion in retaliation for alleged intellectual property theft. That will serve as the foundation for China's more significant retaliation. Meanwhile, after sparking the trade war, the US President Donald Trump has turned his attention to another pillar for complacent speculative reach: the outperformance of tech firms. His threats towards Amazon have now stretched to three tweets. Will he follow through, escalate or spread his focus further? Don't presume he wouldn't do it. 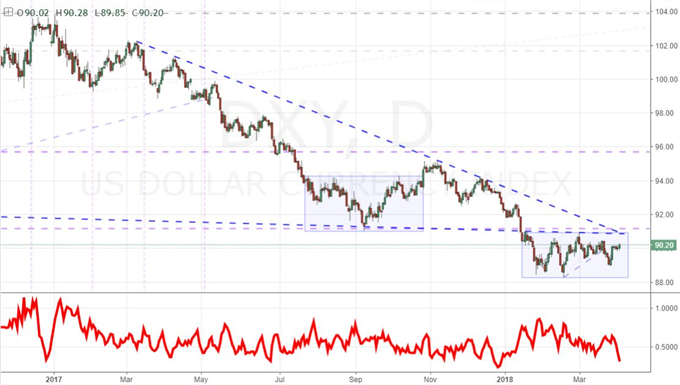 As we monitor the changing tides of systemic fundamental themes, we should also keep track of traditional events and data as they cross the wires - both because they can charge those very themes or they can produce short-term volatility which itself could be adapted into discrete opportunities. This past session, the RBA rate decision ended with the no change and dovish commitment we have come to expect. That generated little reaction from the Australian Dollar, but that doesn't alter the technical or fundamental standings for pairs like AUD/USD or GBP/AUD. Just a little good news - particularly if it warms rate expectations for the Australian Dollar - could go a long way. Monetary policy will be on the mind again in the upcoming session. The Eurozone inflation (CPI) and jobless rate will touch upon the key ingredients for dictating ECB policy. The central bank has done its best to convince the market that it will not ease up on its aggressive dovish position, but the Euro reflect a skepticism that project rate hikes in the future. If this data continues to rise, it will reinforce them; but falter, and speculators will be caught potentially stretched. The US ADP payrolls figure will play the lead in to Friday's NFPs, but markets have grown hardened to US labor trends as they have to monetary policy in general. 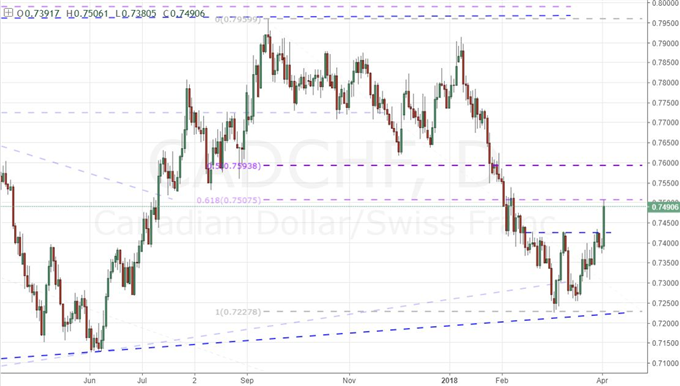 I like to look to specific markets that offer insight into specific nuance to analysis and trading, and cryptocurrency offers a few lessons presently. The extreme rise and fall of speculative fixation of this emergent market (certainly a bubble) reflects what happens when traders' appetite outpace practicality. However, in the aftermath of the retreat; the market hasn't simply vanished. It is still active and significantly liquid. There is a future in blockchain technology, but that is sufficiently farther into the future if we are talking systemic adoption. In the meantime, this is still a cutting edge asset class and there is notably significant movement day to day. By mid-day Bitcoin rose nearly 5 percent this past session. That is remarkable compared to most other speculative favorites across the markets. Yet, the interest it has garners is significantly reduced owing to the unrealistic scale it is placed against both technically and systemically relative to November to February. If we appreciate it for what it is, there is still a tradable market. We discuss all of this and more in today's Trading Video. 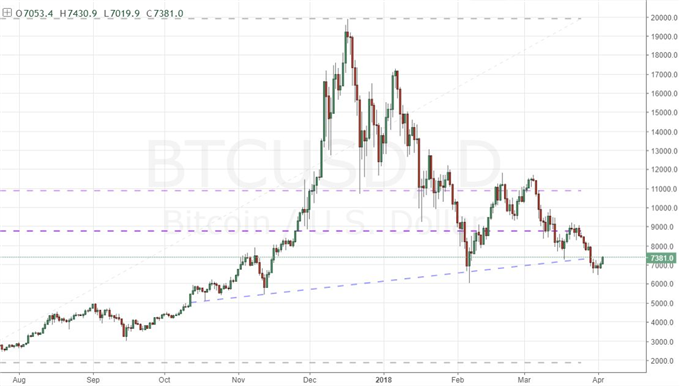