Finally, the US Tariff Details...Sort Of

The ominous cloud of US tariffs has finally rolled over the markets. We have seen anticipation of these taxes on trade sideline speculative consensus for weeks. Yet, the implementation of the policy and illumination of the details seemed to settle little for the speculative rank. After weeks of escalating threats and a commitment to the most stringent option for the tariffs - 25 percent on steel and 10 percent on aluminum imports with no exceptions - there was ultimately a significant degree nuance to the effort. While the aggressive percentages threatened were adopted, there were notable exceptions for Canada and Mexico as well as a 15 day period for which other countries could negotiate their own exclusion from the burden. This is not as intense as had been feared with the language that had been used heading into the approval, but the markets didn't exactly price in a worst-case-scenario whether US to global equities, emerging markets or dollar and carry. There isn't much recovery to be found in the silver lining; and there is certainly still a lack of full appreciation to the severity of the global outlook in these relentlessly complacent markets. 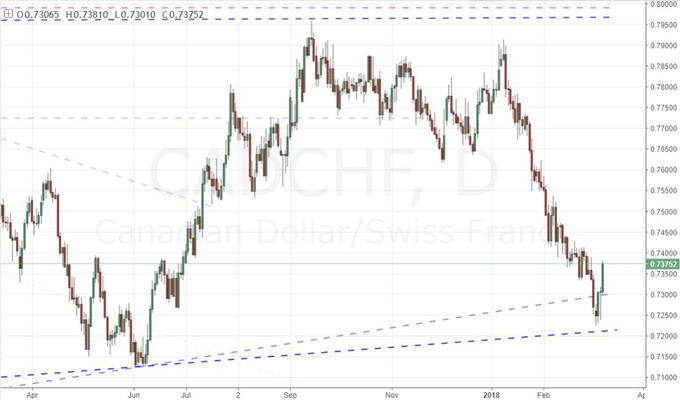 The Next Step In the Trade Wars Carries More Weight

There was no doubt some measure of skepticism in some corners of the market that the US was bluffing with the threat of tariffs. The assumption that such a move would be equate to mutual economic pain for the US and its trade partners, so they would not deign to follow such a policy. There has also been a vocal backlash from other political leaders in the US - both opposition and allies to the Trump administration (even an effort to introduce legislation to block the President's approval). Yet, this next stage of protectionism has been made and making investment decisions on the assumption that it will be unwound would be presumptuous and risky. The full market impact that this growing headwind holds for global trade, markets and the economy however will become more tangible with the next phase: retaliation. We have the US starting (from their perspective reacting), and now its major trade partners will decide what next steps to take. China and the European Union's response carries the most weight given their economic tout and warnings. But, will they respond in full, wait until the grace period ends, coordinate through the WTO? It is unclear, and that raises the possible risks.

Canada was given at least a temporary exemption from the steel and aluminum tariffs, but it certainly hasn't had the full fundamental avalanche it has suffered over these past weeks and months lifted. That said, the Canadian Dollar has been driven sharply lower over for months. While a culmination of sliding BoC interest rate expectations, domestic economic cooling and NAFTA renegotiation pains among other issues; the trade implications seem to have taken the steepest toll on the currency. With this modest relief, the deep slide may render the Loonie at a speculative or even modest fundamental discount. If that is the case, there could be near-term trade potential for a recovery. It will be important though to gauge progress in a recovery and to pick pairs wisely. USD/CAD for example has appealing technical standing, but the Dollar's implications in the tariffs and the NFPs ahead complicate the picture. I am particularly partial to CAD/JPY and CAD/CHF; but even with these, the Canadian jobs data should be respected. 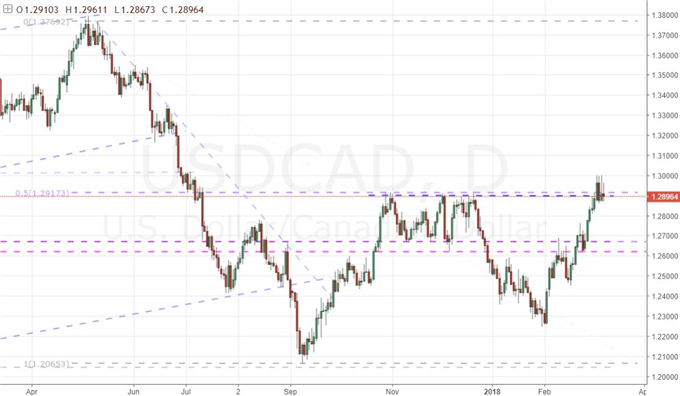 As we keep tabs on the development of the rising global trade war, we have more immediate and pressing event risk to account for in the short-term. Top listing on the docket for Friday is the US net change in payrolls. Of course, that isn't the most important component of the labor report: that would be wage growth. However, rate timing for the Fed is also shrouded by the long shadow of US tariffs and protectionism. Another high profile event in the Asia session is the Bank of Japan rate decision. I consider the BoJ one of the most important major central banks, but only when they actually intend to change their course. Otherwise, the Yen crosses will struggle with their standing in the 'risk' spectrum. One remarkable move in the FX world that isn't directly tied to event risk - and thereby presents a different trade opportunity - is the retreat for the Swiss franc. USD/CHF has broken the neckline on an inverse head-and-shoulders pattern while CAD/JPY and CAD/CHF look primed for reversal. We discuss all of this and more in today's Trading Video. 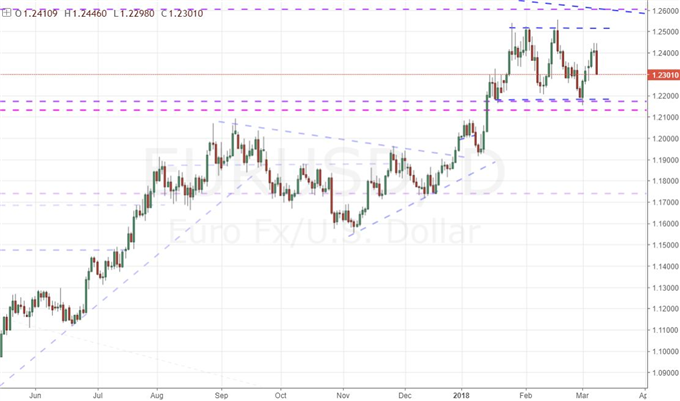