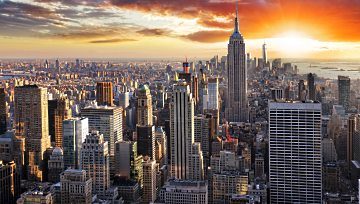 Just When You Thought Tariff Rhetoric Couldn't Get More Intense

After US President Donald Trump signaled this past Thursday that he would announce details for the rumored tariffs on steel and aluminum in the week ahead, it seemed that the markets would be in a holding pattern until he elaborated. Yet, he managed to push the envelope even further on this incendiary risk appetite theme on Friday. Rather than backing down from questions and criticisms over the move, the President would dig in by saying that in some circumstances 'trade wars are good and easy to win'. History does not bear out that sentiment however. Looking back to the Bush-era steel tariffs in 2002, the economic impact was a net loss of jobs in industries hit by the higher resource costs and a net GDP decline for the United States - not to mention the damage in long-standing trade relations. Referring to an equally-weighted index of the US Dollar-based majors, the Greenback notably collapsed through the entire implementation of the program. 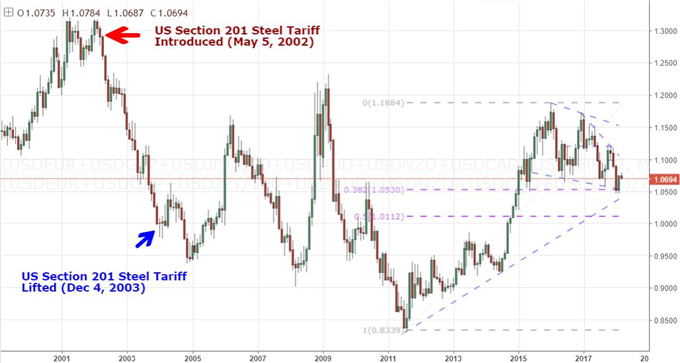 Tracking Risk and the Dollar as Tariff Fever Increases

What was interesting about the closing hours of this past week was that despite the material escalation of the protectionism theme, US equities and some other risk assets actually checked higher. The Dow, S&P 500 and Nasdaq all recovered from their lows on the day - though the Dow's recovery still found it closing out a fourth day in the red to match the longest stretch of losses since March 27, 2017. The HYG junk bond and EEM emerging market ETFs would both muster a modest bounce of their own. Yet, when we look at global equity indices; we find the UK's FTSE 100, Germany's DAX 30 and the Japanese Nikkei 225 all suffered sharp Friday declines that led to critical technical breaks or positioned the benchmark for an easy last push. Should we take this as evidence that tariffs will have a greater impact on target countries rather than the implementer or there is skepticism over what Trump intends to actually enact or that the powerful draw of complacency is back in control. We will find out early next week. 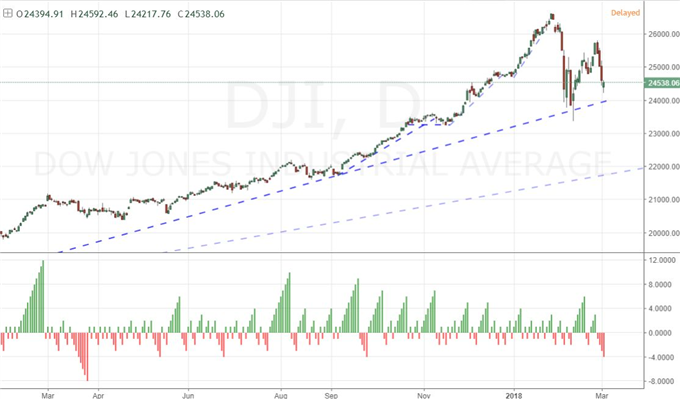 The Dollar and Euro Continue Their Dance

EUR/USD is the most liquid currency pair in the world, and its bearings can readily rope in all the entire FX market much less their respective range of crosses. For the Greenback, the engagement in a trade war clearly poses a risk as isolation will divert capital away from the currency and likely deliver a permanent downgrade in its use. Yet, that won't be the only theme pulling at the benchmark currency. Risk trends of course would give a complicated standing for the Dollar considering volatility is arises more readily. Monetary policy will also be a heavily charged theme, but the USD's motivation will be a little more indirect via the February NFPs and average wages figures. A vague but expressly threatening theme and a definitively timed event with distinct possible outcomes. For the world's second most liquid currency, we will have a similar dichotomy in fundamental sway. At the start of the week, we will process the Italian election with the Eurozone's political stability at stake. The ECB rate decision in the meantime represents the struggle for one of the most dovish central banks. The group is looking to normalize its policy but also recognizes that the Euro is extremely sensitive to the theme. In fact, the policy authority seems to be particularly concerned with the level of the currency and imminently aware of its lack of options. 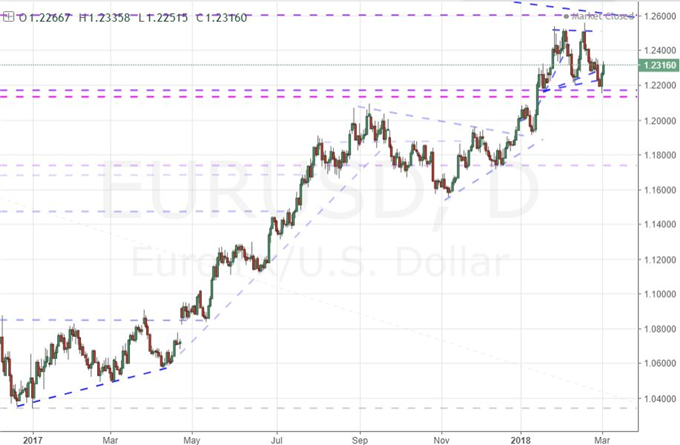 Three Other Rate Hikes and More

While the ECB rate decision will be this coming week's most loaded policy meeting, it isn't the only such event. There are in fact three other major central banks due to deliberate on their respective policies. The Bank of Japan (BoJ) is unlikely to alter its extremely easy bearing; but if they did, the impact would be severe given they are the most dovish of the major policy bodies. The Bank of Canada (BoC) has already put in for a few hikes over the past year, and speculation is still tracking their timing and intention for the next move. Finally, the Reserve Bank of Australia (RBA) is unlikely to do anything, but inaction draws its own issues for a currency typically prized for its carry. While all of the aforementioned is already enough to worry ourselves with, there is plenty more: Australia 4Q GDP; US net household wealth change; UK's Brexit bearings; and much more. Traders should be on guard over the coming week so we talk about the abundance of high profile event risk and its impact on the markets in this weekend Trading Video. 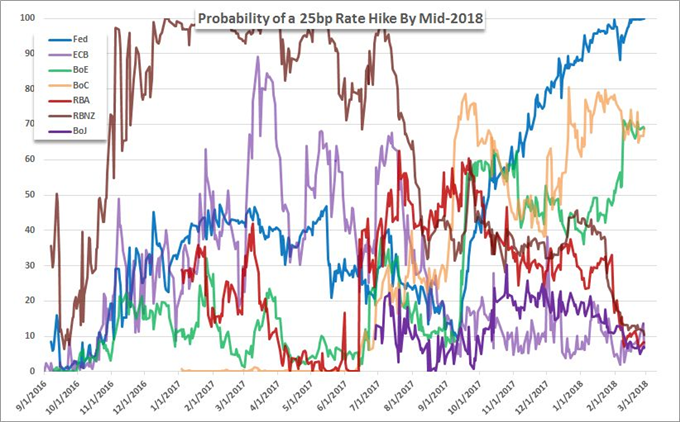