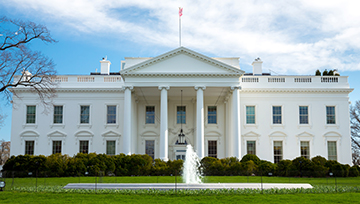 The Dollar looked fully prepared to continue its uncontrolled burn with an extended tumble through Thursday morning. Between a key technical break for the DXY Index and EUR/USD along with policy warnings, speculators were happy to indulge in the momentum the Greenback was suffering under. The fundamental momentum began with the protectionism shift in the United States with tariffs announced on key Chinese goods with more threatened on the way and then hit fever pitch when US Treasury Secretary Steve Mnuchin seemed to avoid the reassuring 'strong Dollar' policy that his predecessors traditionally espoused in their roles. Mnuchin was given the chance to clarify - or more appropriately backtrack - Thursday, but he seemed content with his vague and controversial views. And, along came the President. 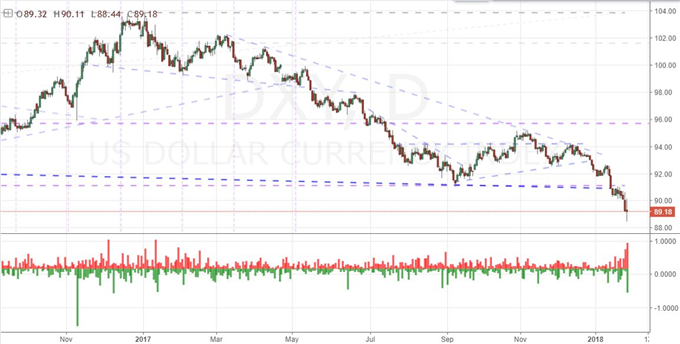 Given the US President's support for the tariffs announced at the beginning of the week, he would supposedly support the protectionist push that explicitly or implicitly favors the country through exchange rates. In other words, he would in theory back Mnuchin's opaque views on the currency. Instead, Trump used the 'strong Dollar' language from previous administrations that had become standard fare in international policy conversations. The day started out for the Dollar with a strong continuation of the currency's slide to the point where it had moved the week to its biggest aggregate drop since February 2016 to a remarkable intraday rebound. The resultant 'lower wick' on the daily candle for the DXY was the largest seen since November 10, 2016. Similar tentative reversals were registered across the majors. EUR/USD's tail was the largest since the final trading day of 2016 and puts an arresting pause on an incredible 21 percent rally near high profile resistance. USD/CHF has perhaps the most dramatic reversal in a single candle; but the turn looks more technically ground for AUD/USD and NZD/USD. The question is whether this is a breather or a pivot. 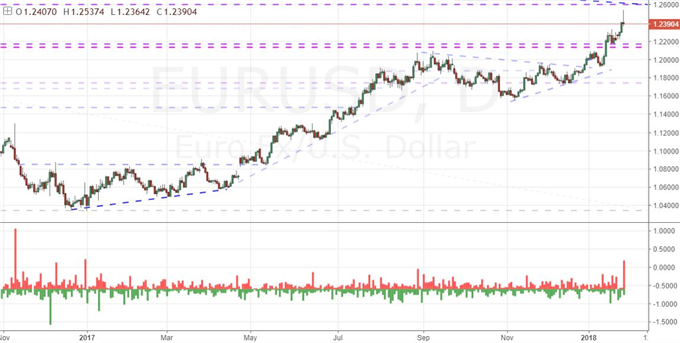 While the Dollar may have unmoored itself temporarily from the protectionism side effects with the encouraging words from the President, the global capital markets are left to think the implications through. The world's largest economy, consumer, trade partner and financial center seems to support policy that looks to reduce cumulative global growth and impede the circulation of capital around the world. That has negative side effects. We can perhaps see that concern in a second day of unusual price action from the S&P 500 and other US equity indexes. Or the positive correlation between the SPX and VIX which is extremely unusual and the highest coefficient in nearly 20 years. Then there is the global bearing on risk assets. Equity indices in Europe and Asia have shown greater willingness to retreat, emerging market assets are under pressure and carry has paused amid forecasts for higher rates globally.

We have already seen event risk render large moves recently, but these fundamentally-inspired moves don't necessarily secure follow through. The Pound's rally after the labour data was summarily corrected this past session. The New Zealand CPI figures that undermine an RBNZ rate hike in 2018 were a little stickier on the Kiwi but the momentum dried up very quickly. The same is likely true for the US and UK 4Q GDP figures ahead. Event risk can certainly leverage price reaction, but true trend is dependent on how deeply these events stir crucial themes. We weigh the markets and trading through the final 24 hours of the week in today's Trading Video.