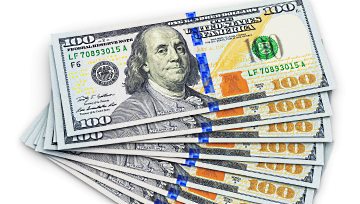 Dollar Tumbles as the Specter of Protectionism

Protectionism as a theme had receded recently, but it never truly disappeared. In fact, with the populist anger in elections the past year and a half and the platform run specifically by US President Trump, it was inevitable that we would revisit this risk. And, return to the mainstream it did this week, much to the detriment of the US Dollar. Already under pressure through the past week and throughout 2017, a new charge was added to the bears' cause with the DXY Dollar Index posting its second biggest daily loss in six months. This intensity coming again when the benchmark currency was already suffering at three-year lows. Recently, we could attribute some of the Dollar's weakness to the strength of its counterparts, but what we see this week is its own doing. 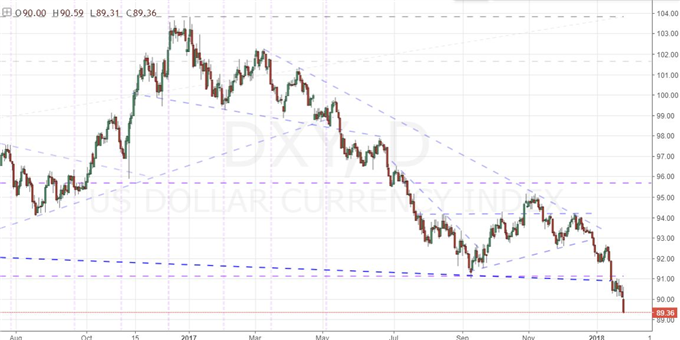 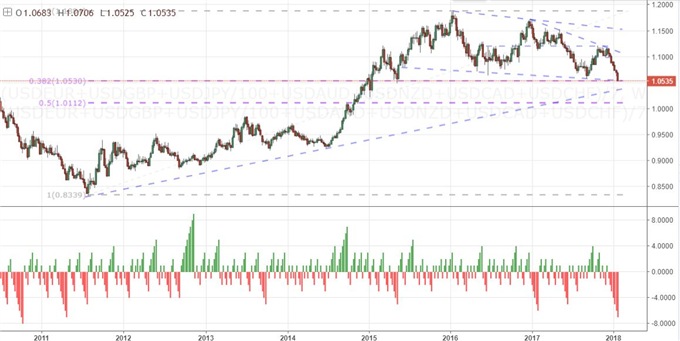 At its most essential state, protectionism is a means to bolster growth at the expense of trade with global counterparts. The Trump administration has voiced this as a major concern for the country despite the US economy running on a pretty strong clip. Yet, until recently, the concerns was primarily talk. It changed to action though when the government announced tariffs were being raised on imported washing machines and solar panels - a move specifically targeting China. Commerce Secretary Wilbur Ross echoed the intent from Davos with a specific mention of China's technology sector. This alone may have stayed more abstract a weight for the Dollar had it not been for Treasury Secretary Steve Mnuchin. The Treasury Secretary speaking in Davos made an effort to speak of the 'positives' of a sliding Dollar. While not likely a pro weak-Dollar position, a currency already tumbling will naturally read it as such.

Though it is still a significant gap between a critical fundamental theme and general risk trends, we still see the concern registering across the market. US equity indices were notably waffling after bullish gaps on the open. They were not nearly as distressed as European shares, but the concern was still registered. Protectionism has an overall detrimental influence on global growth and the flow of investment capital around the world. Yet, like the connection to monetary policy, it takes time and scope - and perhaps even a crisis - for the market to realize the connection.

There was more going on in the market than just the abstract fundamental themes. Sharp moves in opposite directions from the Pound and New Zealand Dollar reflect the influence of event risk. For the Sterling, the labour report was mixed, but generally positive for wages in particular. The Pound rose across the board with particularly remarkable performance for GBP/USD. Through much the day, the Kiwi Dollar was doing pretty well, but its fortunes changed abruptly when the New Zealand CPI reading crossed the wires at 1.6 percent versus the 1.9 percent projected. Hopes of an RBNZ rate hike this year are quickly fading, and the NZD/USD and Kiwi cross tumble in response was the response. Ahead, a particular event risk stands prominent - the ECB rate decision. This is an even for which speculation has been at fever pitch this past year. Will speculation be met or disappointed? Keep an eye on the EUR/USD for an assessment. We discuss all of this and more in today's Trading Video. 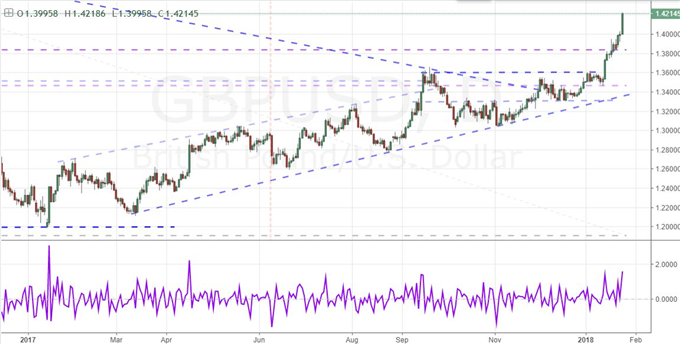 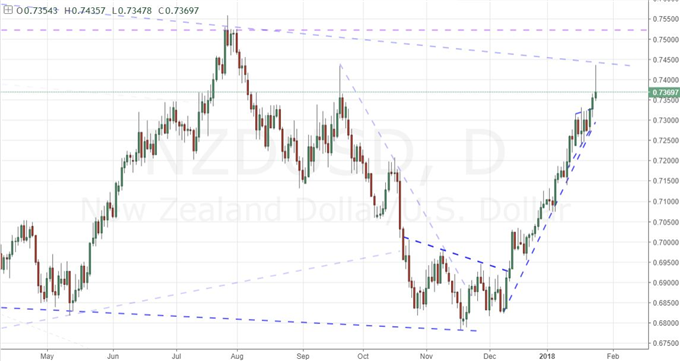