US Government Fears, US and UK GDP, ECB and BoJ Ahead

Technicals on benchmark US equity indices look as if these markets are mocking fundamentals. The S&P 500 was had spent this past week carving out a terminal consolidation pattern - rising triangle - insinuating that the benchmark for US equities was finally contemplating its neck break pace. That would be reasonable reflection of risk considering Friday closed to the US government still wrangling over a stopgap budget to keep the US government open come Monday. And yet, the day actually closed with a bullish break and record high. That registers as flagrant disregard for a very high profile risk. Given the frequency with which this brinkmanship has arisen over the years and the regularity of last minutes saves up until the 2013 shutdown, it may seem to the unpenitent that this is another concern for markets of the past. In fact, the speculative run that has defied traditional concerns these past years looks to exhibit some of its strongest influence in US assets.

While not a pinnacle of bullishness itself, the Dollar is also showing a market disregard for the threat that a fresh bout of government disarray could cause. Despite its already weakened status - on the south side of a three-year head-and-shoulders neckline pattern - the DXY Dollar index held a tight range this past week just below the former support. I would not take that as dip buyer optimism temporarily sidelined by uncertainty, but it does suggest the trouble the Greenback has suffered this past year and so far in January is not fully a reflection of the currency's own fundamental ills. We will see what impact the inevitable outcome of this stand off has come Sunday evening and whether the 4Q US GDP reading due Friday will spur anticipation and reaction.

Other fundamentally loaded regions and currencies abound. In fact, the trio of the most liquid counterparts to the US Dollar - and likely the cabal that led to the currency's tumble - are due for key event risk themselves. In order of escalating fundamental intensity, we start with the Pound. The docket holds December employment statistics Wednesday, but the true interest is in Brexit progress which we cannot readily put clear timelines to progress. The Japanese Yen seems to be wholly divested from its own fundamental developments with the exception of one internal theme: BoJ monetary policy. Recently, a technical change in the central bank's QE activities triggered speculation a monetary policy change was on the horizon. We will see whether that is indeed the case this week with a BoJ rate decision on tap for Tuesday. As the second most liquid currency in the world, the Euro will carry heavy potential energy while event risk provides the kinetic force. The EUR/USD break above 1.2150 was facilitated these past weeks by the ECB minutes suggesting a tangible policy shift would soon come followed by news that Germany may form a coalition government to help stabilize the Eurozone's largest member. Ahead, we have an SPD convention on coalition negotiations and an actual ECB rate decision.

Though they seem further divorced from the traditional risk trends, monetary policy and political in-fighting that stir headlines and currencies; commodities and the crypto market will not escape these influences. Gold in particular struggling around $1,330 is the foil to the Dollar; and the mix of risk trends and currency confidence erosion is the perfect mix of heavy event risk that can truly move the market. As for Bitcoin, Ethereum, and other key cryptocurrencies; the end of the past week was dedicated to trying to find stability after the remarkable tumble they collectively suffered. For those that have lived market cycles through speculative booms before, they will recognize the exuberance for this young asset class in past peaks. We discuss what to expect for trading in the week ahead in this weekend Trading Video. 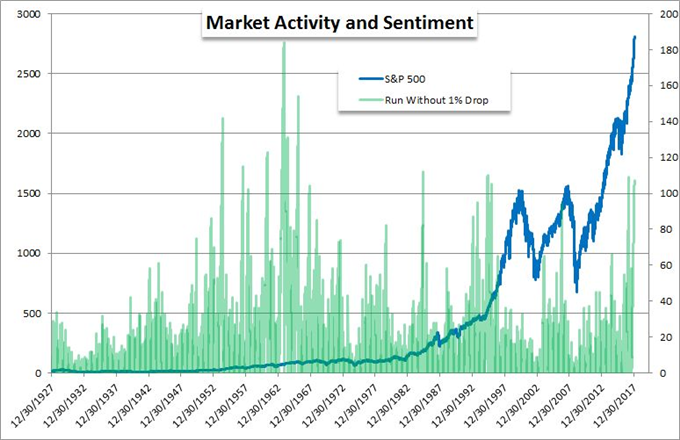 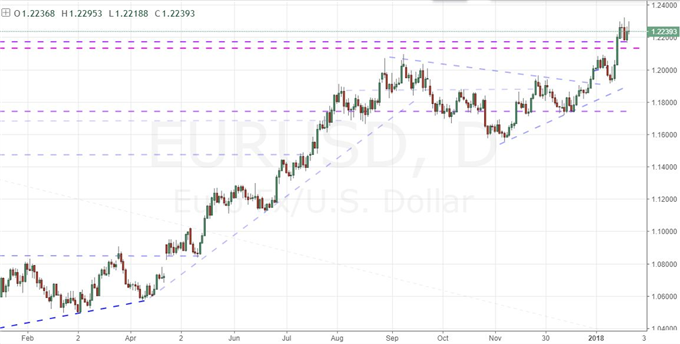 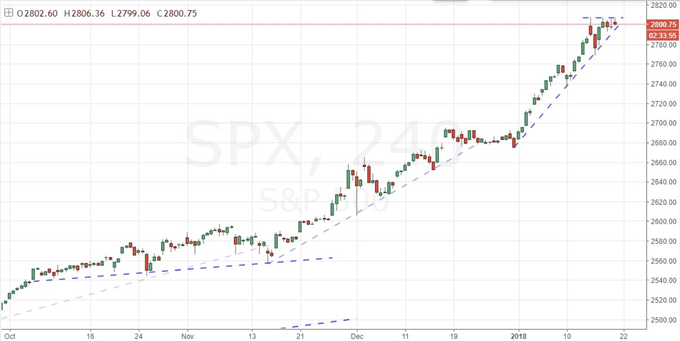