Which currency is presently in charge of the EUR/USD's bearing and intensity? Is it the Dollar as the world's most liquid currency? Where there is no equal to the Greenback's use in the global financial system, prevalence does not readily translate into certain trend. Far from it. The benchmark currency has more or less been cast adrift these past three to four months following the 2017 routing it suffered as its peers collectively gained ground at its own loss of strength through political uncertainty and a watered down appeal in its monetary policy advantages. In contrast, the Euro was delivered a clear motivation this past session in the form of the ECB's meeting minutes. From this transcript, it is clear that loose discussion of policy normalization that we had seen in November was turning into a majority belief that explicit change in program was necessary. Specifically, its seems that the group is ready to change its forward guidance over the next few meetings to set out clear guidelines for the wind down in one of the world's most expansive stimulus programs.

EUR/USD recovered this past session, but the heavy resistance levels around 1.2125 and 1.2175 (the 50 percent Fib of the 2014-2017 range and mid-point to the historical range for the pair respectively) were still standing strong. Commitment to clear such a profound technical level is naturally going to be much more difficult to facilitate. While the Euro is still significantly discounted from the tumble it suffered during the adoption of its negative rate and massive QE regime, it has already regained some lost ground on a purely speculative basis through the past year. The next phase will be difficult to inspire, but two general ancillary considerations have become clear: the Dollar is prone to stronger counterparts once again; and monetary policy is once again a leading fundamental theme. Between the ECB's bearing adjustment and the market's response to the BoJ's asset purchase tweak earlier this week (read by some as a signal that the stimulus program is set to end), the markets are paying attention to this theme again. Yet, rather than add premium to the currency most likely next in line for rate hikes; we are viewing this as a collective theme that has created the backbone for nearly a decade of speculative reach.

Outside the more profound, we registered more restrained moves in other areas. The risk theme is still bathed in complacency but has allowed for some individual assets to still claw out progress. The US equity indexes closed at all-time highs through Thursday's close, but the speculative confidence was certainly not universal. Some losses (DAX and ASX200) and much indecision (Nikkei 225, China, emerging markets, junk bonds) remains. Among measured moves in the FX market, the Pound slid on the headlines that some of the most ardent Brexit Leave supporters were calling for a second referendum. While polls suggest that could end in a reversal of outcome, the impetus for this challenge is for an avoidance of a 'soft Brexit', which would leave far fewer options: the UK stay in the EU, leave with a perfect deal for the UK or a crash out. This is yet to be an official political movement. For the Canadian Dollar, the NAFTA threat remains, but something else may start to warm the Loonie traders: forecast for a BoC rate hike next week (80 percent probability according to swaps). In oil, UK-based Brent tagged $70/barrel while the US-favored WTI notched its own fresh 2.5 year high. Finally, the cryptocurrency market has uniformly come under pressure amid headlines suggesting South Korea is readying a ban on trading. Yet, to consider relative circumstances, Ripple is at least holding up better on news of the XRP relationship with Moneygram. We discuss all of this and more in today's Trading Video. 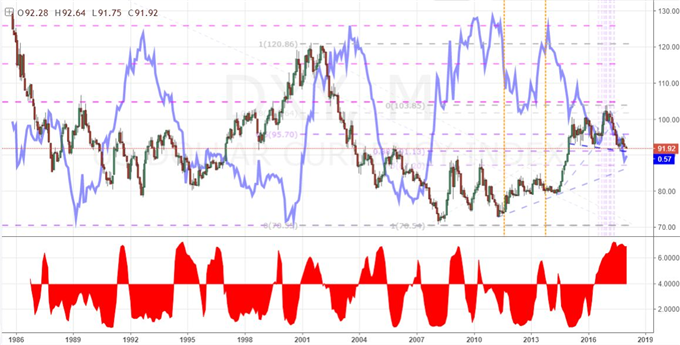 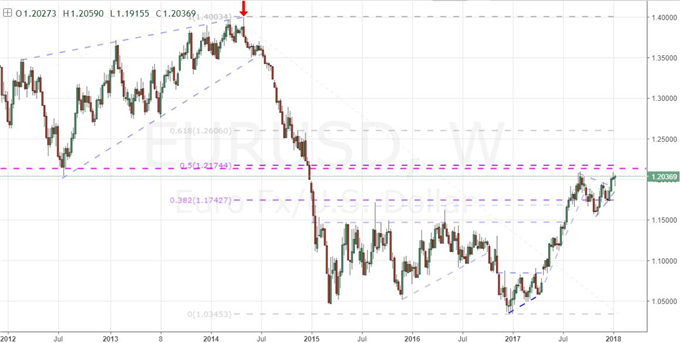 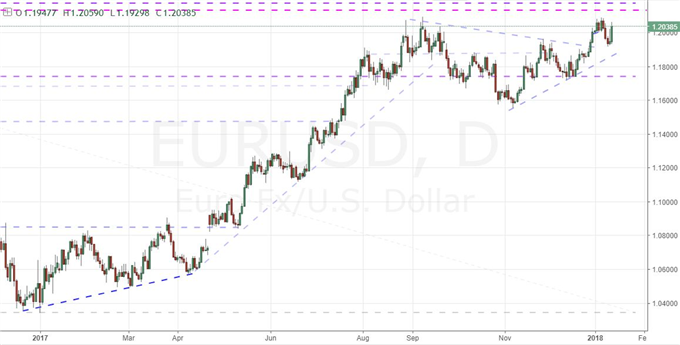 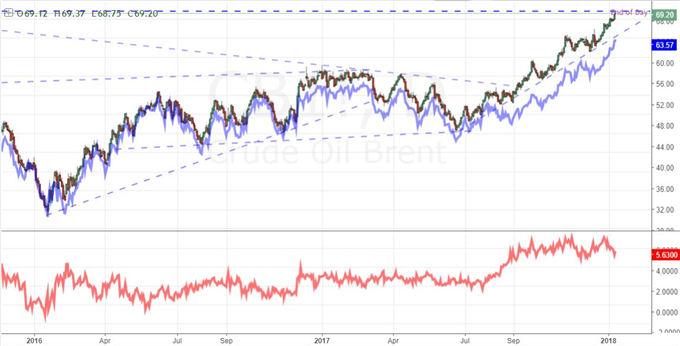