Happy New Year traders. As a new year dawns, the deleveraging effort into the illiquid conditions of 2017 now needs to reverse. Yet, how committed are traders going to be with such rich valuations in favorite asset classes and a deep sense of skeptical complacency carrying over from the previous year? History shows that investors that reduced exposure to account for the holiday lull will slowly put their capital back to work as market depth fills back out, but rarely is that commitment made on the first trading day of January. Looking at the benchmarks for risk trends, we are met first with the S&P 500 which gapped higher on the open and managed a record high close. Paired with a sharp drop from the VIX back below 10 and it would seem that we are back on track with the extension of 2017's magical performance. However, looking more broadly at risk trends, we don't get the same conviction. The tech-heavy Nasdaq would climb but not for a record while the Dow seemed to simply meander - though still without striking distance of record highs.

It is further afield from the concentration of speculative appetite in US shares that we get a sense that conviction has not built up behind a view of 'risk on' or 'risk off'. In European indices, the UK's FTSE 100 pulled back from its fresh high set last week; Germany's DAX extended a retreat and is pressing significant technical support while the Japanese Nikkei 225 is still working out its lean as a rising wedge closes on its apex. In other asset classes, we find junk bonds are still floundering and carry trade showing little signs of life in FX. The clear outperformer was emerging markets. The EEM ETF gapped higher to start the year and stood at a six-and-a-half year high. Across the various favorite target regions of speculative appetite, China seemed to be the favorite New Year's flavor. The FXI Large Cap ETF similarly registered a substantial bullish gap (the biggest since September 2015) and neared a multi-year high of its own. This seems to be an early indication of where 2018 speculation is starting to shift but it does little to signal a general appetite for 'any and all' risk as has been the case for years past.

Turning to the currency market - both traditional and untraditional - the Dollar extended its year-end trend. The DXY Index fell for a fifth straight session through Tuesday to similarly painful slides over the past few years. It is interesting to note, that similar bearish strings have called the end to short-term bear trends with significant reversal lift; but we should not assume the same for our current condition as liquidity will likely distort the speculative results. Nevertheless, when we pair the Greenback's struggle to EUR/USD's test of the three-year swing high from September, there is some technical precedence worth keeping tabs on. Immediately ahead are the mid-point of both the pair's historical range as well as just the past three year's full stretch. Similarly, the NZD/USD and AUD/USD runs have extended remarkably persistent trends, but that is even less impressive for forging a reversal on as mere statistics in thin markets is about the least effective backing for conviction that you can have. Don't be sold on this trend marking the banner for 2018, but it is equally presumption to expect something like NFPs on Friday to offer the trigger for a speculative reversal. Meanwhile, the popular old-world alternative to fiat, Gold, has extended its best rally since February 2016 (8 days); while the new-world Bitcoin is rediscovering its balance amid fresh records from Ethereum and Ripple. We discuss the opening move of 2018 in today's Trading Video. 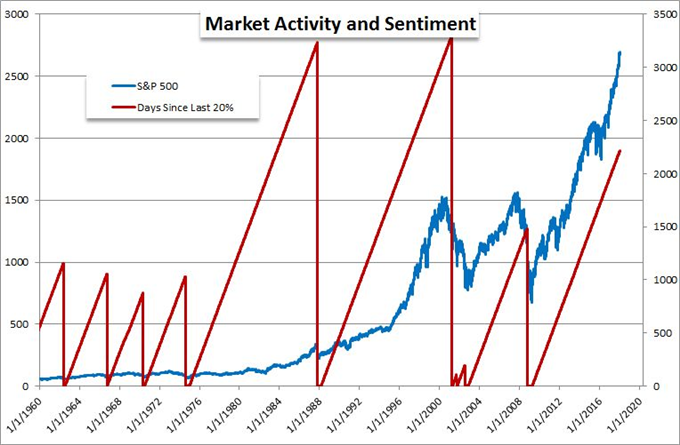 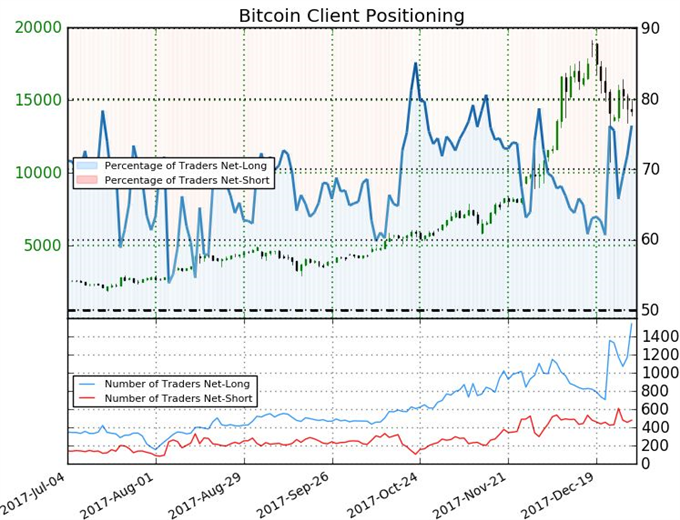 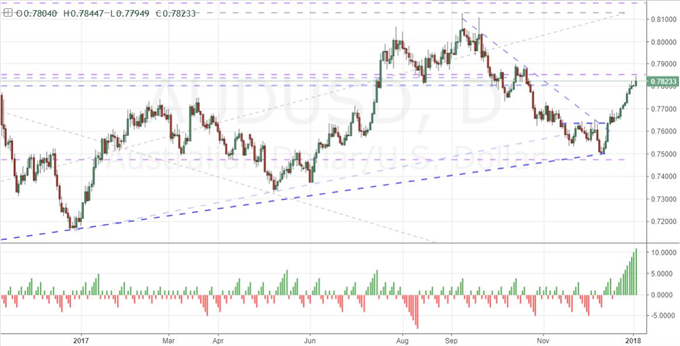