The climb just does not stop. US equities advanced to fresh all-time highs led by the S&P 500 and Dow. This move is drawing many in but the uniqueness of its persistence means there are few outlets for taking on discounted exposure to the complacency fueled climb.

Tax headlines were once again dominating the financial headlines but it is increasingly difficult to determine whether those are reasonable reflections of actual fundamental motivation or just a tidy way to reflect upon the messy reality of distorted market conditions. A bullish bearing on the S&P 500 certainly fits the prevailing trend expected through the typical December. Historically, this tends to be one of the best months in terms of performance for the benchmark index but it also happens to be one of the quietest periods of the calendar year as well. These are not unrelated metrics. When liquidity and volatility are low, there is a natural tendency to take advantage of the complancy that results. As it happens, that has been the structural theme for the year and longer, so the added seasonal bias only leverages the situation. Yet, we have to decide as market participants whether we want to throw in with the evolution of this dubious bias. While the probabilities say a bullish trend is more likely to prevail, practicality says that its climb will be particularly strained for intensity. Meanwhile, while the trend may not support a reversal in speculative views, the depth of such a shift would be destabilizing.

Whether we follow 'risk on' or 'risk off' depends on the event risk that is fostering trend. News that United States Congress is moving further ahead with its tax reform program caters directly to the speculative reach that has gotten us to this point. Growth is not lacking and the market's problem doesn't seem to be the corporate income after taxes, but it is nevertheless fuel for the fire. For the Dollar, reflection is a little more intense given the lack of reward to simply throw in with a prevailing trend. A sharp drop in the corporate tax may encourage offshored profits from US-based internationals to be repatriated, but that is not likely to last long - nor for that matter to encourage investment in capital or labor. Yet, it is almost certainly add to the United States' yawning deficit. With Standard & Poor's, Moody's and Fitch already holding the country on negative credit watch (meaning at risk of a downgrade), a cut in response to an accelerated rise in the budget short fall would not be surprising. That in turn would demand serious review of the Dollar's sanctified status which likely translates into a 'permanent' downgrade for the currency and increase in its resting rate of volatility.

As the clock continues to countdown to Christmas and the end of the year, traders should continue to concentrate first on liquidity and the resultant volatility rather than idealized assumptions for event risk. Range trades are the appropriate opportunities to seek out given our circumstances rather than purposeful breakouts or trend development. To that point, the Dollar is still generally in a range given its unproductive past three months. Pairs like GBP/USD and USD/CAD are well established with clear technicals and fundamental uncertainty across the pair to support ranges that persist. If you're looking for more meaningful movement, a much stronger fundamental motivation is necessary. There is little on the scheduled docket that can override concerns in other areas of the market. The USD/ZAR's tumble this past session proved unique, but the vote is closed and the change set in the books. The RBA minutes and Wednesday's New Zealand GDP reading could help revive the corpse that yield speculation, but that truly is difficult to prompt. Brexit will represent a fluid but intangible series of headline developments while the Dollar's monetary policy interest in Friday's PCE could give serious push on rates but that will ride against dying liquidity. We discuss the mix of technicals, fundamentals and market conditions in today's Trading Video. 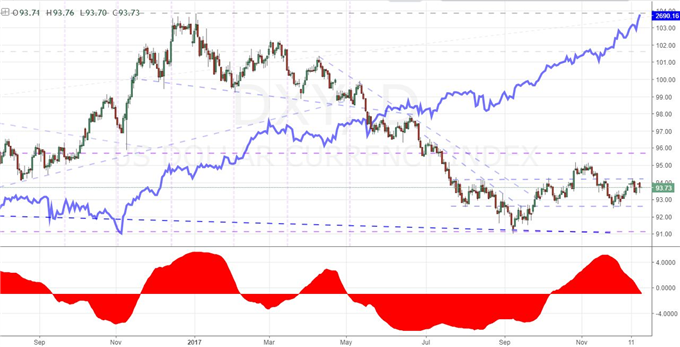 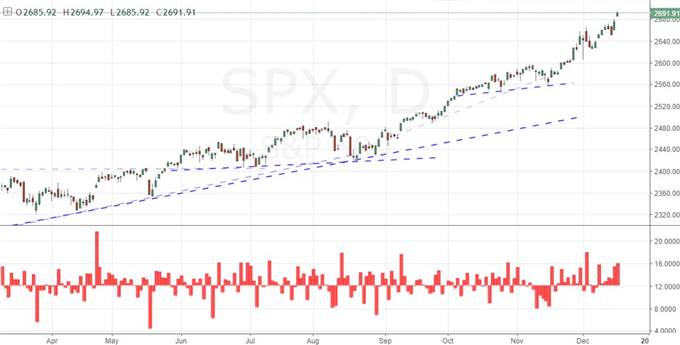 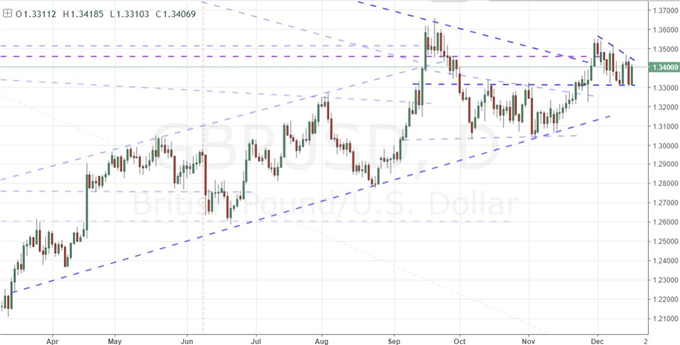