How Will Fed, ECB, BoE Rate Decisions and an EU Summit Shake Up Markets?

Major trend reversals and breakouts in equities and FX were diverted this past week. With year-end approaching, the docket fills up with high profile events like the Fed decision and EU Summit. How will volatility and trends develop over the coming week?

Will you watch and trade next week's Fed, ECB and BoE rate decisions? What are the top fundamental themes for the coming week? Do you have market, trading or strategy questions you want answered? See what live webinars we have scheduled on the DailyFX Webinar Calendar.

The markets have made a move to moderate more ambitious efforts that have developed more recently. The threat of a wide scale reversal in equities seems to have quiet with Nasdaq holding the line on one of the more distinctive reversal patterns - at a head-and-shoulders 'neckline'. The VIX Volatility Index's charge a week ago to break from years of consolidating range instead fell back below the much maligned 10 figure. The more extreme risk assets from Chinese ETFs to broad emerging market ETFs to junk bonds have stepped back from distinct technical breakdowns. We have also seen the moderation in speculative appetite through the FX market recede with Yen crosses finding bouyancy, Aussie and Kiwi carry currencies struggling again and the Dollar reverting to its more traditional return currency status. Amid a general drought for meaningful trading opportunities, these moves may encourage extreme and unrealistic expectations on both ends of the spectrum: from a contrarian call for extreme risk aversion or conformist momentum in established trends. But, reasonable traders should evaluate the potential of the market and focus more on the activity level of the market rather than mere direction as they weigh their trades through the end of the year.

In general, it will be very difficult (though not impossible) to forge major breakouts with follow through, aggressive trends or large scale reversals. These have been rare even in normal conditions so it would be far more improbable to leverage such a move in the thinning conditions ahead. That said, the limits on systemic moves does not mean that we won't have volatility and short-term opportunities take advantage of over the coming the coming week. In fact, the economic docket is dense with high profile event risk that has history of generating strong market reactions and/or taps larger fundamental themes. Through the dominant monetary policy theme of the past few years, we are facing four major rate decisions. The greater potential rests with the Federal Reserve's announcement on Wednesday. Not only is the market near certain of a 25 basis point hike, but this is the 'quarterly' event that will offer the group's own forecasts to assess the tempo of policy into 2018 and 2019. The Dollar this past week charged its best bullish run in 12 months, but it didn't amount to much in terms of progress. Perhaps a shift in medium-term rate forecasts can render a more committed move. We also have the ECB, BoE and SNB rate decisions on tap; but the expectations for these policy meetings are the absolute antithesis to the Fed whereby no change is heavily priced in.

For the Pound and Euro, the focus will be on other, more active fundamental themes for market movement. Late this past week, the UK and Irish governments reportedly reached a deal on the two countries' borders which threatened to derail the Brexit discussions given the latter was given a veto option by the EU. The European Union's Summit this coming week is thereby an event that can act as a milestone for genuine Brexit progress to avoid a messy divorce that leaves the United Kingdom without necessary trade deals. For pairs like GBP/USD and EUR/GBP, we may not get definitive breaks, reversal or trends in the week ahead, but we may see the start of them depending on the outcome. For the Euro, the Summit will be important for a different reason. The Euro has seen significant appreciation through 2017 in party on unfounded monetary policy speculation and assumptions of greater political stability. However, a clean landing for the UK in its exit from the Union could inspire other countries - countries part of the monetary union - to eventually follow suit.

Among the other majors, the Australian Dollar and Swiss Franc are looking at discrete event risk that can generate short-term volatility with significant enough surprise - though trends are very unlikely. The Aussie jobs and inflation expectations data hits on RBA policy forecasts while the SNB decision itself reflect a floundering monetary policy body that is out of options. In commodities, crude's efforts to forge a trend in the major break above 55 and then the reversal with last week's channel breakdown have both come up short - though net speculative futures positioning still rose to a record high. Gold has meanwhile broke free of congestion, but the bearish resolution doesn't seem to fit general concerns about traditional finance. And speaking of the normal 'monies', Bitcoin will remain a fixation among traders fire and wide. The cryptocurrency's extreme volatility draws out traders hungry for volatility or on-lookers who are just amazed. We discuss all of this and more about next week's trading environment in the weekend Trading Video. 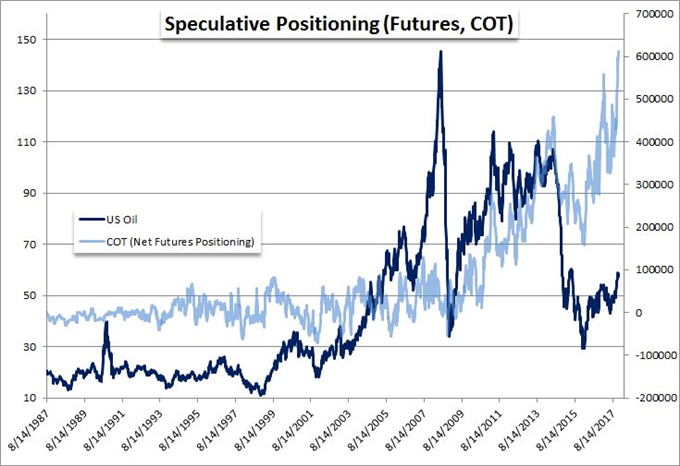 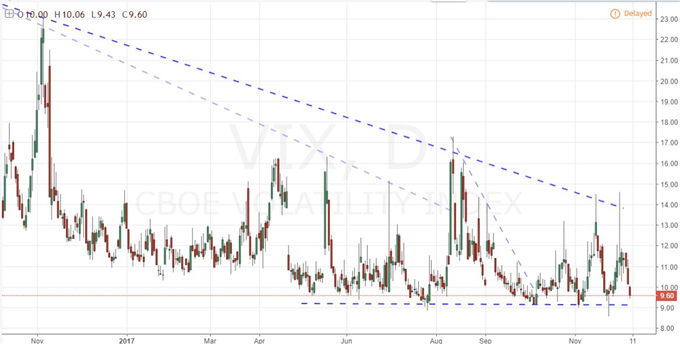 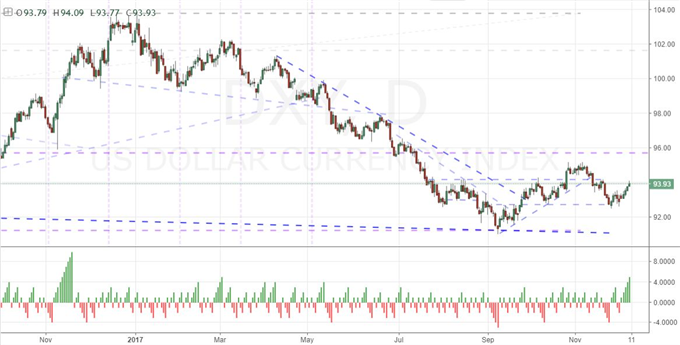