Emerging markets and Bitcoin have lapped the S&P 500 for risk trend leadership. Meanwhile, the Pound's long-term trend ambitions have grown cloudy while the Australian and Canadian dollars have suffered at the hands of rate decisions.

Are you following the market impact and trade potential of the Fed, ECB and BoE rate decisions? What are the top fundamental themes for the coming week? Do you have market, trading or strategy questions you want answered? See what live webinars we have scheduled on the DailyFX Webinar Calendar.

A broad charge for the speculative markets is losing traction. Risk oriented assets are starting to take divergent paths in a chase for outperformers that reflects a broader 'stock picking' appeal. In US indices - where there is the greatest long-term outperformance - the S&P 500 has increased the tally on its slide to four consecutive days. And yet, the progress through this short decline is far from the high intensity necessary to turn the tide to a bear trend knowing December is a month historically of drained momentum. If we are focusing on the very pinnacle of over-extended exposure through US equites, the Nasdaq carries more baggage with the tech sector in territory well beyond the bubble days of 1999 and 2000. That context in mind, there is a distinct head-and-shoulders pattern. The technical implications are there, but the fundamental shove is still difficult to muster. Across global indices, junk assets and carry; there is mixed bearing and little motivation. Yet, there is still speculative drive. The emerging markets (EEM and Chinese equities) suffered a significant gap lower to potentially break critical trendline support. On the opposite end of the spectrum, it is speculative appetite that has carried Bitcoin beyond yet another milestone at $13,000 to carry one the most unique and profound emergent moves seen in years in the financial system.

It is not remarkable that there is restraint in the general course of risk appetite. We know December is historically one of the most restrained calendar months in terms of volatility and volume. At the same time, it is also one of the best performance for risk appetite - there is typically a bullish drift if the S&P 500 is considered a reliable baseline for speculative bearings. Going back to 1928, the month of December has registered an averaged a 1.4 percent advance. Alternatively, given the exceptional exposure that has built up over the year, there is an anxiety of over-exposure that is rising in the markets. It would seem reasonable that a retreat would be likely amid the headlines that have prevailed recently. News of the special investigation in the US getting closer to the Trump administration and raising political uncertainty, central banks moving to establish general exit plans and financial pressures growing in key developed and developing countries. So far, sentiment has not ratcheted back its exposure in the face of these uncertainties. And to its credit, nor has the US-centric uncertainty phased the Dollar.

The Greenback is certainly not a high flyer like equities, but it has just as much to lose in the face of political uncertainty in the US. Yet, the currency has slowly risen the past 48 hours. The ADP payrolls report struck a familiar chord in rate speculation, but it is difficult to register true gains through this channel - even through Friday's NFPs. Looking at Fed Funds futures through the end of next year, the markets are nearly pricing in three quarter percent hikes, and yet the Dollar has not advanced on this hawkish advantage. That said, the Dollar could still gain should its major counterparts slide under their own weight. Over the past couple of days, the RBA and BoC offered no optimism for hikes later down the line. In turn, both the Aussie and Canadian Dollars have slipped with noteworthy short-term setups resulting (like the USD/CAD range). And yet, there is still serious movement to be found in the markets. Crude oil Wednesday registered a critical drop that cleared a medium-term trendline and jeopardizes the restrained effort to mount a bull trend after a multi-year break higher. And, then there is Bitcoin. This market is proving unique in its charge with the biggest daily rally since July as it clears another mile marker at $13,000. There is no mistaking the hallmark of aggressive - perhaps reckless - speculative appetite. We discuss all of this and more in today's Trading Video. 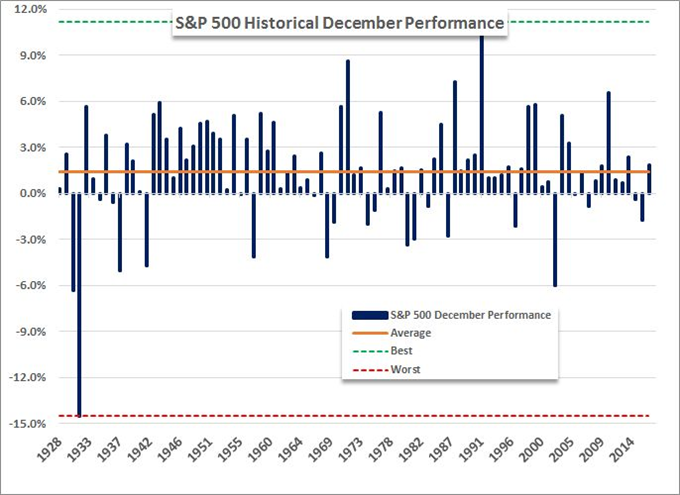 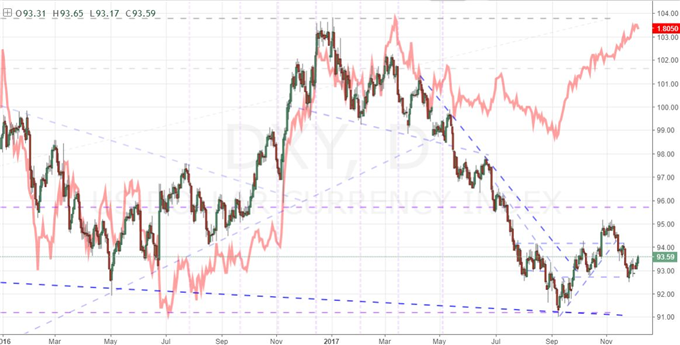 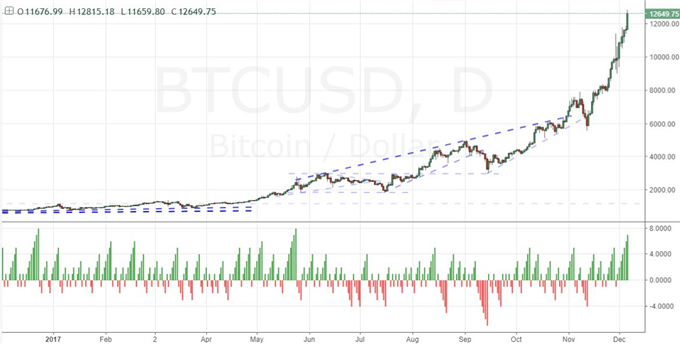 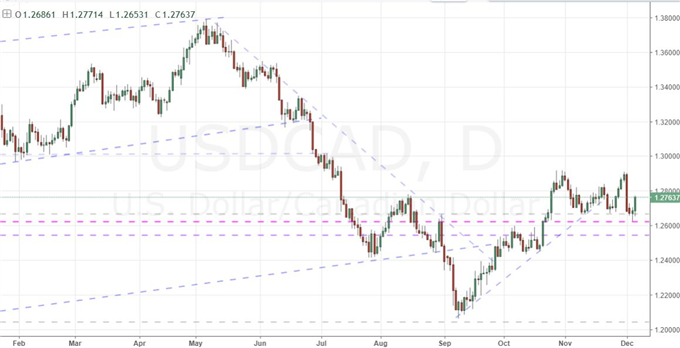