US equities have generated the most impressive returns among risk assets over the medium-term. The record high set earlier this week contrasts to the the first three-day correction in four months. Will equities and FX markets fight seasonal drain?

If the markets are to revert to normal market conditions for the period, what does that translate into for risk trends? The surprise level of volatility distributed through risk assets this past week has notably eased with benchmarks so far this week. Yet, where momentum and turnover have cooled, the natural inflation in speculative exposure has not followed its natural course. Moderation has translated into a modest bearish pressure for most of the global equity indices from the DAX to the CAC to the Nikkei and ASX 200. For the S&P 500 where shares are arguably most expensive - one could argue 'overdone' - the restraint has translated into a loss of altitude. Though it is still far beyond 20, 50 and 200-day moving averages and one robust headline away from record highs, the S&P 500 has nonetheless closed three consecutive daily losses. That is significant as we haven't seen a series of bearish days this long since August 10th. The last four-day decline was way back on March 21st, and there hasn't be a run longer than that in 13 months. That is as much a statement on the remarkable consistency of the bull run since the US election than anything else.

How persistent will volatility be through the closing weeks of the year? Should it continue to churn, the implications will increasingly foster a risk-off environment; and between that speculative bearing and excitement of activity, that is the most probable way to reverse course on thinning liquidity to produce an earnest trend (bearish). That reversal and conviction would not be easy to facilitate however. It wouldn't likely bubble up through the collective speculative standing itself. It would need to be motivated. Themes like monetary policy's connection to risk trends or moderate growth underwhelming overinflated assets is not proactive enough in this environment to mount the charge. Though, a military action by North Korea or a full blown crisis of confidence in the US government could certainly fit the bill.

Outside the broad risk trends and their implications for the financial system, there was and is noteworthy event risk to target specific regions and currencies. The Dollar has managed to hold to chop despite news that the ISM service sector activity report for November and October trade balance both disappointed. The former accounts for the largest percentage of output in the US economy as well as jobs and wage growth, but its decline is from a decade high. Ahead, we have the ADP payrolls report which is a lead in to the official NFPs on Friday, but even the BLS labor report is equipped with limited potential ahead of next week's Federal Reserve rate decision. Don't expect large swings from the Dollar unless there are fireworks on the newswires. Meanwhile, the Pound may be more prone to key breaks and large swings. An unnamed EU official was quoted as saying this week is critical for the Brexit negotiations time frame as the UK will need to come to an agreement on the Ireland border issue before the weekend if the next negotiation stage is to be passed by next week's EU summit. Fail, and the EUR/GBP may offer a range and GBP/USD's bullish breakout will fall apart. Make it, and it can offer more lift to serious trends.

Aside from the larger themes, one of the key monetary policy meetings this week has passed with no speculative charge. The RBA held its neutral-with-slightly-dovish tone which in generally met expectations for the medium-term Aussie Dollar outlook which left the pairs little changed. There is a deep potential for the AUD if the market starts to believe that hikes are on the horizon, but it will remain untriggered until that outlook is feasible. The BoC doesn't carry nearly the same degree of undetonated potential, but it has moved rates twice this year. That means a greater probability of policy speculation though less amplitude. We look across the global speculative markets, FX, commodities and Bitcoin in today's Trading Video. 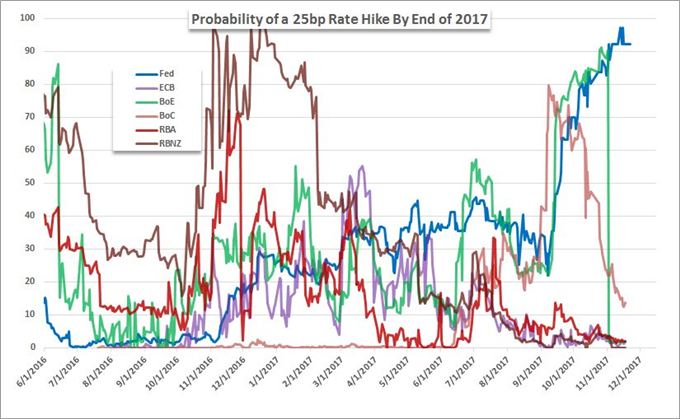 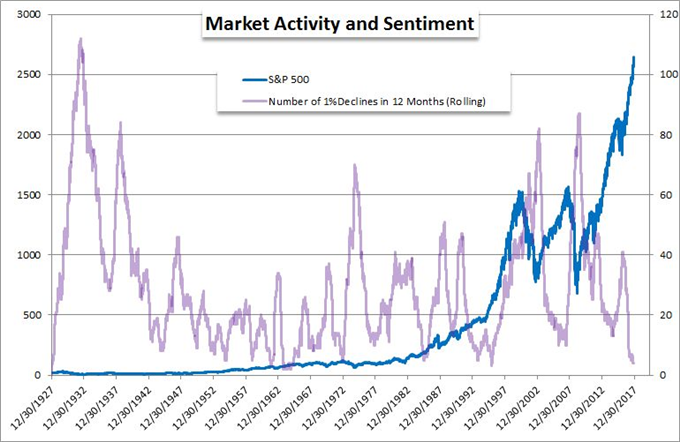 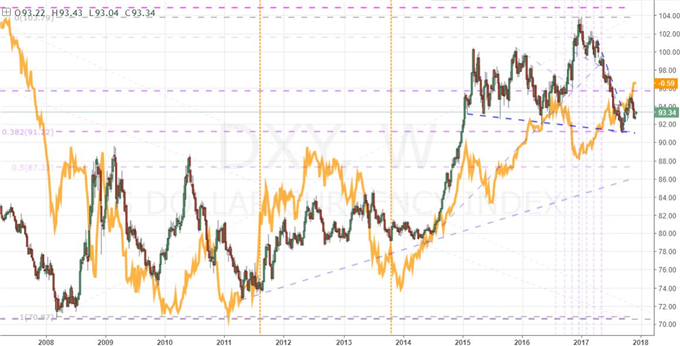