Headlines ensured a surge in volatility to end this past week. Reports that Michael Flynn would testify charged volatility while news that the Senate had mustered the votes to push tax reform forward drew speculators back in. Opportunity or obstinacy?

The markets had a brief heart attack Friday on headlines that suggested that former Trump official Michael Flynn would testify against certain administration officials. This is a new level of political risk for the US and world, and the response from capital markets and implied volatility measures was appropriate...at least the initial. Shortly after the news hit the headlines, the S&P 500 lead the US indices to a sharp retreat registering nearly 2 percent itself. In turn, the VIX volatility index soared to multi-month highs and pressured a long-term congestion top that traders may or may not give credibility to - technical analysis on indicators and derivatives is of dubious value. This stability risk this poses to the world's largest economy against a backdrop of extreme speculative reach is acute. And yet, it seemingly is not concerning enough to keep the markets under tension. By the end of the day, the S&P 500 was little changed on the day (we still only have 4 days in the past 12 months that have closed down 1 percent or greater) the volatility leveled out somewhat.

What would motivate investors to rush back into the speculative void with such an open-ended risk as yet unresolved? Two things it would seem. First, a countervailing headline would offer traders the distraction they were looking for: the Senate reportedly has enough votes to move forward the tax bill. That would bolster immediate revenues for investors and corporations and feeds into the short-term oriented view of the markets as of late. And, more importantly, the speculative setting in the financial system promotes the dip buying mentality with a distinct blindness to long-term risk imbalance. If we look out to the rest of the risk market, there was a palpable weight with global equities, emerging market and junk assets, and even carry trade. If you weren't skeptical of the conviction in the market's incredible charge before, it is certainly time to assess what is at risk. That is just as true for the Dollar on these recent developments. The political risk is a straightforward concern for the Greenback, but it is the tax plan that may prove the more significant issue. Most independent evaluations of the program forecast a significant increase in the US deficit into the future with relatively little return in GDP. Such an outcome would almost certainly lead the major credit rating agencies to lower the United States sovereign debt rating and levy a permanent downgrade in the value of the Dollar along with an equally lasting increase in volatility.

Looking ahead to the coming week, these same issues will be top of the mind globally. However, that isn't the only fundamental fodder that traders will find driving volatility and trend. The Pound's ambition to mount a lasting recovery from the ravages of the Brexit collapse last year has grown foggy yet again. The news that the UK and EU had agreed to a Brexit bill - which subsequently led to moves like the GBP/USD clearance of 1.3450 - was complicated by the announcement that Ireland has veto power over any agreements. That is troublesome given the border dispute. Along more traditional thematic lines, both the Canadian and Australian Dollars should be watched for volatility and opportunity. The Loonie posted a sharp rally Friday on jobs data, but it is the upcoming BoC rate decision that can trigger or undermine a true trend. For the Australian currency, a slow rebound will look to a laundry list of high level events (RBA decision, 3Q GDP, current account, etc) to build or undermine a case for trend. And of course, whether we are looking at the trend of the overall financial system or simply keeping tabs on all the bright spots in volatility; Bitcoin should be somewhere in all traders' charts. News that the US regulator (CFTC) had approved Bitcoin futures for the CBOE and CME further bolsters legitimacy while also holding some long-term complications. We discuss all of this and more in this weekend Trading Video. 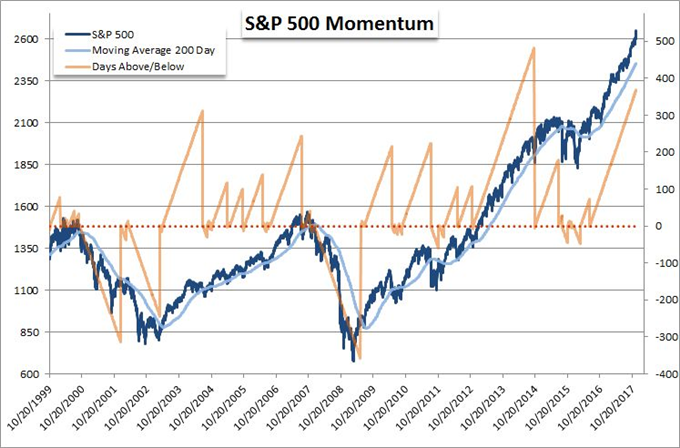 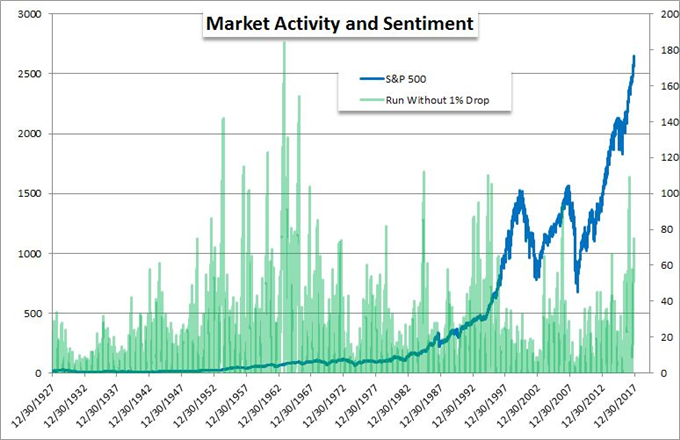 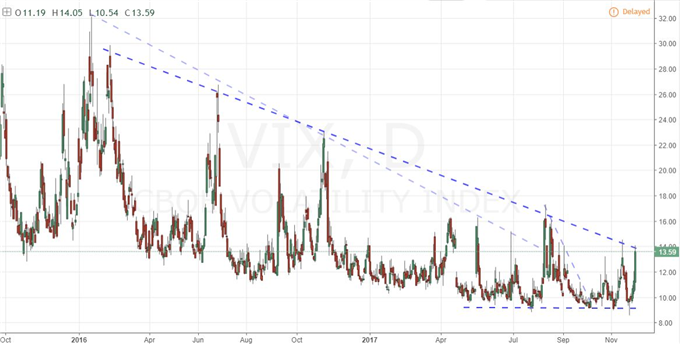