The coming week holds a historical precedence of extremely restrictive market activity, but how far can complacency push in these already inert times? Dollar and overt risk assets will struggle for clear trend, but Pound pairs, commodities, Bitcoin and others may find more productive bearing.

It seemed as if risk trends were on the verge of finally collapsing under its own bloated weight this past week, but the range of extended speculative assets instead reverted back to a very familiar complacency. That said, we are not heading into a period where this commitment to value disparity will payoff for dip buyers. The week ahead will be as acute as it comes for draining speculative liquidity. The structural swell in exposure and reduction in fear will meet the holiday conditions associated with the Thanksgiving week that so often gives traders a remarkable sense of calm. While anything is possible, it is unlikely that the S&P 500, EEM (emerging market ETF) or HYG (junk bond ETF) will attempt another stab at the systemic reversal that is otherwise so long overdue.

That said, the combination of extremely low volume common to the period with the persistently quiet market conditions creates a backdrop particularly at-risk to unexpected developments. News of a military conflict with North Korea as a hypothetical headline anytime between Wednesday and Friday would pose an unimaginable wave of risk due to the degree of exposure throughout the financial system and extremely shallow market in which panicked investors would have to unwind. The result would be liquidity gaps, severe market moves and a recognition of risk that carried through to more liquid times to potentially feed a sweeping trend. As we keep vigilance for a possible financial tsunami, we should still mind the more common channels of market influence and establish where motivation arises. Risk trends, political headlines, trade confrontation and monetary policy have all presented themselves at various points over the weeks and months. All are viable conduits for market movement moving forward. The collapse in short-term (1 week) volatility only exacerbates a near record open interest in vital assets.

Given the circumstances, next week presents a particular hurdle for distinctly risk oriented assets and the US Dollar. Both fall directly under the sway of influence of the particular cull in volatility. Yet, other currencies and markets may offer more to work with. The Euro fended off a critical breakdown, but will ECB President Draghi and the Eurozone PMI (GDP proxies) offer enough to safe guard the recovery? GBP/USD and other Pound crosses have some degree of range in place that is secured by the Brexit cloud hanging over the market's head as the UK government struggles to form a solidified front. This technical restriction may actually work in the favor of an industrious trader this week as range is the more productive strategy approach. Tumbles from the Australian and New Zealand Dollars to close the week produced some critical technical breaks, but follow through looks high suspect. On the commodity side, oil's Friday rally has established a major former resistance at $55 as fresh support and Gold cleared one of the most restrictive ranges in years, but the charge will need some support. Even Bitcoin which nudged 8,000 this past Friday will need a more reliable motivator at some point. We discuss what the coming week holds for traders in this weekend Trading Video. 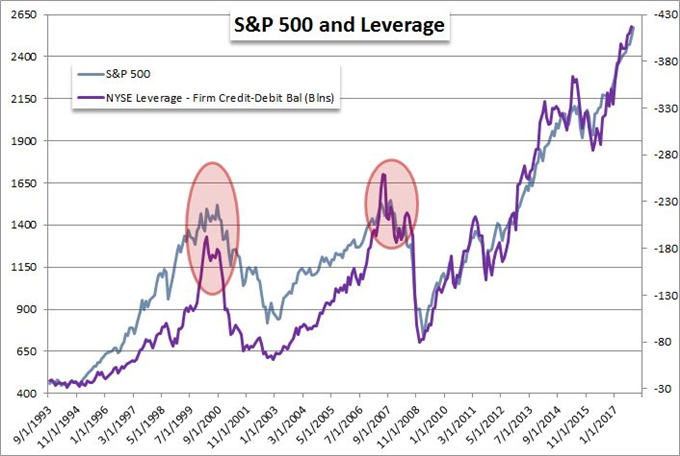 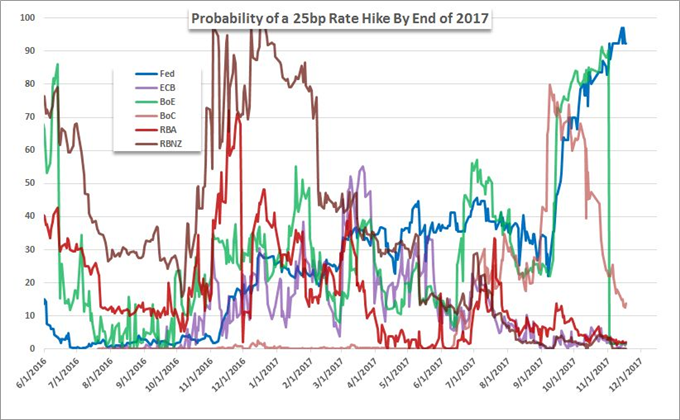 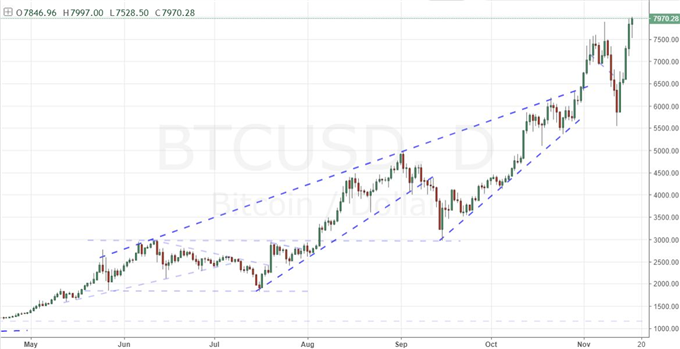