Dollar and Stocks Slip but Not Enough to Break Trend, A Tax Response?

Volatility started to peak through the clouds this past session as headlines suggested the US Senate was proposing a one-year delay on the adoption of the long-touted 20% corporate tax cap. The slip from the S&P 500 and Dollar was substantial – relatively speaking – but was there enough there to change any established trends?

There were a stir of activity for the markets this past session, but traders aren't letting their thirst for trade opportunities bait them into false dawns. The zombie-like advance of the S&P 500 was temporarily broken this past session when the benchmark index gapped lower on the open and spent the morning sliding into the channel support that has kept bulls comforted over the past two months. The negative gap was the fifth largest that we've seen this year, but each of the preceding four instances of such downside jumps marked the quick end to brief corrections. Furthermore, the stretch to the lower bound of the clear bull trend structure held with bearing and dubious conviction still intact. A little more conviction to the slip from US equities goes to the breadth of the move in other risk-oriented assets. The VIX jumped above 10 while the German DAX, UK FTSE 100, Japanese Nikkei 225, EEM emerging market ETF and HYG junk bond ETF all slid. The most convincing sign of a sentiment-led market move is correlation with intention; but did we have that this past session.

While I am a firm believer that speculative ambition has far outstretched reasonable bounds and thereby markets can falter under their own weight, persistent advance from benchmarks like equity indexes prove the 'markets can remain irrational longer than you can remain solvent' adage. If we are at the cusp of a turn, I would expect to see a specific motivation for why sentiment is cracking now - and particularly just before the weekend liquidity drain. The ambitious may point to the headlines that stated the Senate's tax bill proposal was looking to push back the implementation of a 20 percent corporate tax cap out to 2019 as the basis for the shake up. That seems dubious as the markets have proven very insensitive to news on this basis even in the face of more substantive developments. What's more, we find that the slip in risk assets started well before the US news and markets were ever registered. If this is a sentiment slip without the benefit of a specific catalyst, it will struggle to gain serious traction in this market where speculative appetite long ago suspended belief in underlying value.

The same skepticism of tax news as a catalyst should be applied to the Dollar. The Greenback dropped back Thursday - likely as a facilitator of risk trends as a yield currency - but not enough to actually pressure the tight, nine-day range the currency has established. Time has put pressure on my EUR/USD short and I am likely to close it out before the week's end if no material progress is made. Further for tentative developments like those for USD/JPY's possible technical break back into range, there is a material lack of drive to make it convincing. Ahead, we have the University of Michigan consumer sentiment report; but this will struggle to hit the high level fundamentals that have mattered most for the Dollar. Similarly, the UK docket fills out Friday, but the Sterling may struggle to translate that into movement in this environment. Even the big movers on the week - like US oil and Bitcoin - have seen their specific moves stall out. Conditions matter, and we don't have them conducive to trend. We discuss this and more in today's Trading Video. 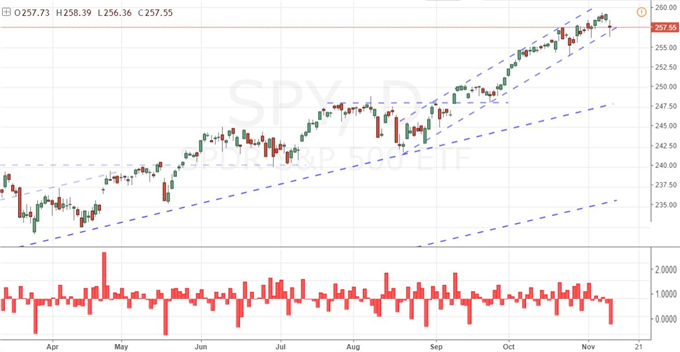 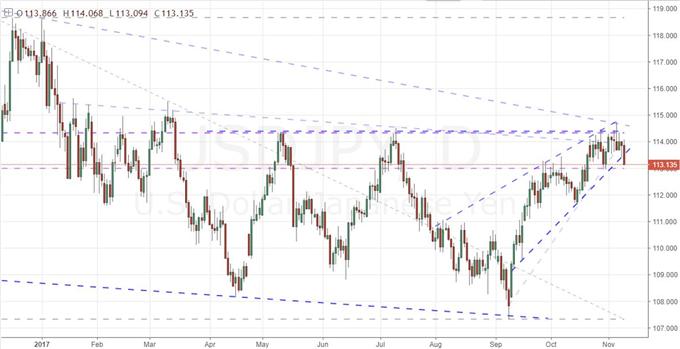 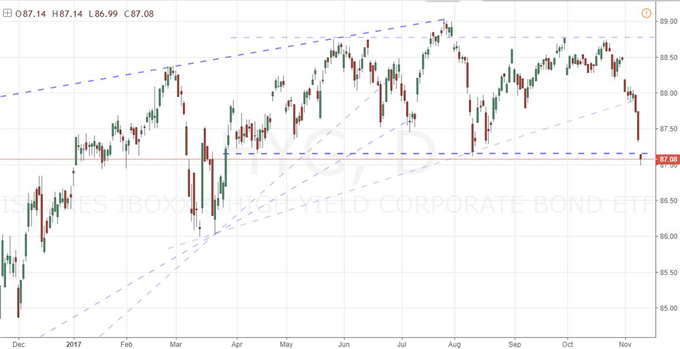