VIX Notches Another Extreme, Dollar Fails to Progress, Be Ready for the RBNZ

We may be at record highs with benchmarks like the S&P 500, but that doesn’t translate into drive. The S&P 500 and global indexes slipped this past session, though not enough to touch off risk aversion nor keep the VIX above 10. The RBA was a missed opportunity for rate-driven volatility, perhaps the RBNZ may offer a different outcome for the Kiwi.

There was at least a modicum of recognition to the excesses of risk appetite this past session, but it wouldn't translate into any significant rebalance that would/should encourage investors to build exposure. The S&P 500 fluctuated through the session and ultimately closed the day slightly lower from Monday's end. Yet, this correction didn't even break short-term trendlines. Nor did the VIX volatility index offer any serious sign of concern. The 'cost of insurance' measure spent most of the day above 10 but ultimately closed below this milestone. I have to emphasize how unusual that is historically. Before 2017, the index had only dipped below that milestone 9 times - and all of those instances were around holidays - going back to 1990. This year alone, it has dropped 10 a total of 41 times. To say that conditions are extreme doesn't come close to describing our circumstances. Nevertheless, unfathomable complacency persists.

That same inability to forge a clear and motivated trend has frozen the Dollar. The ICE Dollar Index is still just north of a critical technical breakout on a three-month reversal pattern with no indication that the market is ready to forge a trend. EUR/USD marked a slight progression to the downside but not enough to give away any true bearish favor. In fact, the Greenback's charge was so lacking that the Pound would drift back into a range correction to retrace the post-BoE tumble. Elsewhere, the long-term relationship the Dollar has held to its rate forecasts have diverged. The TLT's and TBT's (Treasury related ETFs) relationship to the Dollar has noticeably diverged over the weeks. The implications that would suggest for the Dollar losing its connection to rate speculation is disputed however by the implied yield through Fed Funds futures through 2018 which had taken different paths previously but now seems to be offering motivation for the recent bullish move.

On the topic of rates, the RBA rate decision this past decision carried remarkable potential for the Australian Dollar - and arguably for the broad standing in rates a fundamental theme. This deeply discounted carry trade had a clear opportunity to rally if the Australian central bank offered any indication that the next move would be a hike - even if it was 9 months down the line. Instead, the familiar run down of challenges cut off any hope that the currency could join lower yielding currencies in a rally that befits is standing. I still like the AUD/USD, AUD/JPY and EUR/AUD technical staging, but it is exponentially more difficult to evaluate without a definable catalyst. Ahead, the RBNZ's policy outlook holds the same general potential for charging the Kiwi to meaningful breaks from NZD/USD to AUD/NZD to EUR/NZD; but a discernable hawkish future is necessary to motivate the dormant bulls. As we await the next meaningful catalyst, the most recent active markets have seen a material moderation in trend. Bitcoin's rally through the past week saw a retreat Monday and steadying this past session. The critical oil breakout above $55 and strong follow through Monday steadies Tuesday while Gold's wedge break held little potential from the jump with the resultant 1,283-1,265 range holding firm. We look where the markets are moving and where potential stands in today's Trading Video. 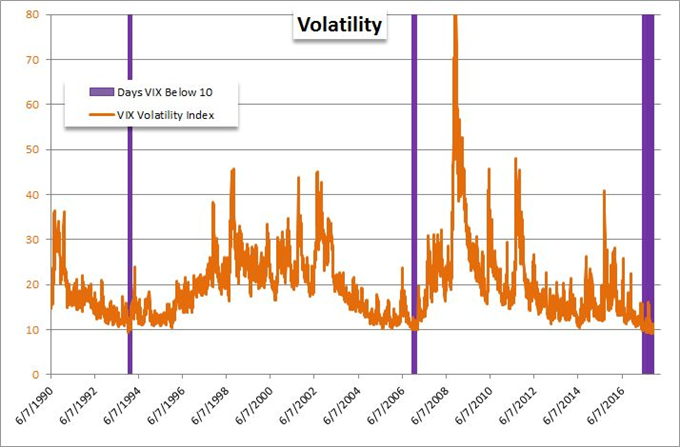 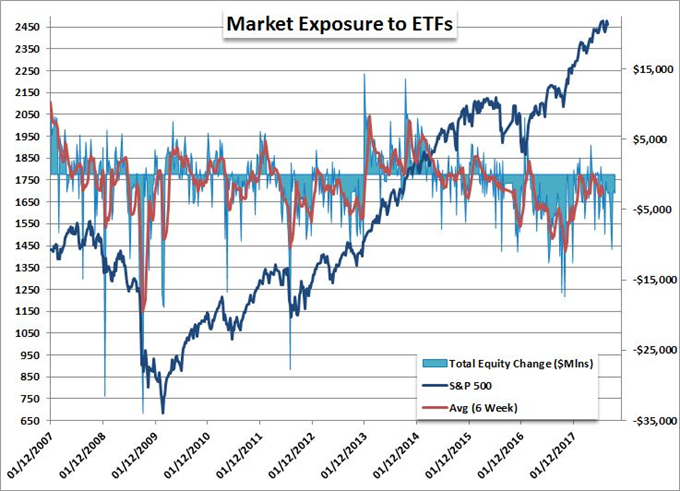 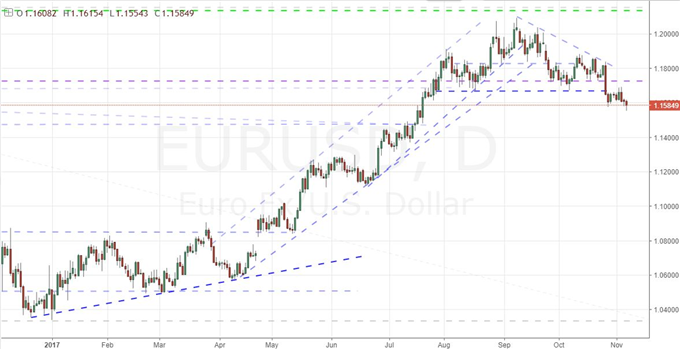