There is a mixture of excitement and extreme complacency in the markets. This past session, we saw the Dollar firm up to noteworthy technical levels both on a trade-weighted basis and across key pairs. That is seemingly facilitated by an improvement in the monetary policy standings that FX appetites have leaned towards but it is also likely a sign of anticipation for the ever-important nonfarm payroll (NFP) report due Friday. The truly extraordinary - and to me disturbing - situation in the financial system however is the positioning in the passive investors' favorite asset classes: shares. Most US equity indexes were pushing to new highs, but none outshined the headline-grabbing circumstance of the S&P 500. The globally familiar index charged to yet another record high. This was its eighth consecutive advance which is the longest series of gains since November 5, 2004. Further, six of those daily advances were records; which is unmatched going back two decades. Fundamental balance was left long ago, but the deviation from traditional and most unorthodox measures of value is nothing short of extreme. And, given how popular this index has been in leading investment decisions on the way up; traders should consider what it would do to inspire fear on the way down.

Meanwhile, it seems that there is no fear of anything unfavorable befalling the markets. Looking to the market's favorite volatility measure, the VIX is literally pricing in an unprecedentedly quiet forecast. Having slid below 9.2 through this past sessions' close, the index is at a record low going back to its inception in 1990 (real time data goes back to 1993). It is unrealistic to think the market is due to have a completely uneventful - and persistent advance given the correlation to the equity index it is derived from - over the next 30 days. The risk-reward implications and probability-potential imbalance is clear. That said, what could shake the markets from its twilight sleep? Markets can capsize under its own speculative weight or it can be prompted by a fundamental development. There is a headline and heavily anticipated event for the upcoming session and another that can prove extraordinarily disruptive in its complication. That later event is Moody's sovereign credit rating update for the US from Moody's. At the beginning of the week, the agency warned that the proposed tax plan would likely be deficit negative as the federal deficit would rise. If they decided to downgrade now, it would be a shock that couldn't be acted upon until Monday. Even a stern warning that a downgrade is more likely in the near future could unsettle the markets banking on tranquil waters. The September NFPs in contrast are relatively prosaic.

The upcoming US labor report will be heavily skewed by the devastating hurricanes Harvey, Irma and Maria. The survey will attempt to adjust for this influence, but it will leave a wide margin of error and likely lead to a wide deviation from forecasts. Market participants know this, but they may response to a significant deviation anyways given the state of the market. From the Dollar's perspective, this event carries greater weight in charging rate expectations moreso because projections themselves have firmed over the past days and weeks. This past session, Fed remarks were heavily in favor of tightening the reigns later this year. The Greenback has upped the ante and drawn attention in turn by leveling up to immediate resistance. The Dollar Index registers a near-term ceiling at 94. Across the majors that translates into 1.1700 for EUR/USD, 0.7800 for AUD/USD (passing), 0.9800 for USD/CHF and 1.2550 (passing) with USD/CAD. Amid this intense focus and headline fodder, don't lose sight of alternative trends developing in other corners of the market. The Pound has extended its tumble for the worst performance this week on a resurgence of Brexit fears and the Canadian jobs data ahead has considerable history with generating volatility on surprises. We discuss all of this in today's Trading Video. 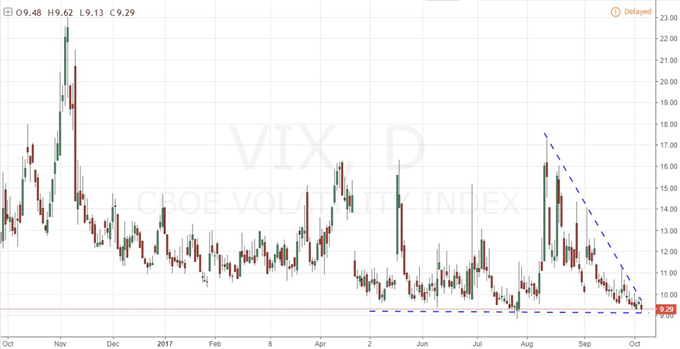 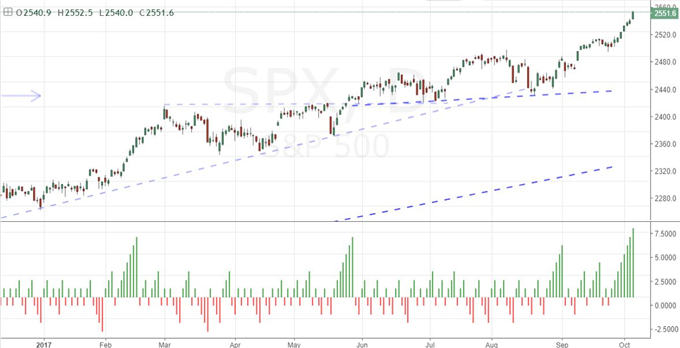 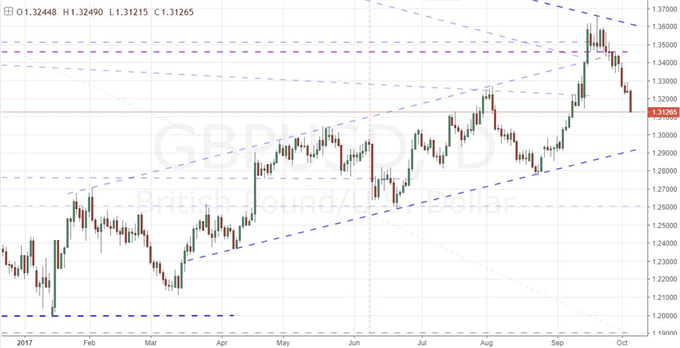