Looking out across the markets, it is hard to see any lingering sign of the headlines that we started the week out with. On Monday, the threats of war between the United States and North Korea had hit levels we have not seen in decades and the markets were still reeling from the Fed's policy commitment to further the steady withdrawal of global stimulus from a troublingly over-stretched speculative market. Yet, by Wednesday's close, the markets were back on front risk foot. The various assets that align to the risk-reward balance were not all running at the same pace, but the US equity indexes were again showing their remarkable comfort with pushing ever higher. The tech-heavy Nasdaq proved the best performing of the three major indexes, but none of them would move from their range over the past month. It was the Russell 2000 that championed the day with a dramatic bullish break - the largest percentage rally in six months - as it was already marking fresh record highs. We'll see how well this trend holds out given the uneven sense of confidence.

Drawing a clear contrast to the optimism held by shares traders; emerging markets extended their reversal. The EEM Emerging Market ETF broke a few tempo-setting trendlines these past few weeks and emerging currencies (like the South African Rand, Mexican Peso and Indian Rupee) are all capitulating to the Dollar's recovery. Where the Fed's commitment to rein in monetary policy doesn't seem to strike the existential threat to overleveraged speculative interests that a thorough evaluation of exposure may render, the implications are clear for those in the high yield environment of emerging economies with trade dependency and lower credit scores. Recalling the 2013 Taper Tantrum that this segment suffered when the Fed warned that it would back out of its QE3 program, we should monitor this trend not just for its implication for shifting capital away from a favorite speculative outlet but also its statement on the general tolerance for risk. As for the Greenback, the currency extended its climb to third consecutive session whether referring to the ICE's DXY Index or Dow Jones' USDollar Index. That has furthered my EURUSD and GBPUSD interests, but similar technical commitment in breaks or trend is not evenly distributed.

One particularly remarkable technical development from a Dollar based major this past session was from USDCAD. While the US currency's buoyancy certainly helped facilitate the move, the true catalyst for breaking 1.2400 was Bank of Canada (BoC) Governor Stephen Poloz's remarks. Having seen the dramatic rise in his currency following the central bank's back-to-back rate hikes, he decided he would not weigh in on the economic impact the currency is having (unlike the Finance Minister) and made it a point to suggest they would move cautiously going forward. There is a lot of premium for the CAD to lose if the BoC truly throttles. From the RBNZ, the same neutral stance remained from their decision to hold the 1.75 percent benchmark rate. Yet, this is increasingly a burden for a currency whose position among the majors is as a carry. Monetary policy will continue to exact its influence on the FX market and the broader financial system ahead with the BoE's conference celebrating two decades of independence on tap. Traders should be particularly mindful of the Dollar, Pound, Euro and Yen over the coming 48 hours. We discuss what is moving in the markets and where risks/opportunities follow in today's Trading Video. 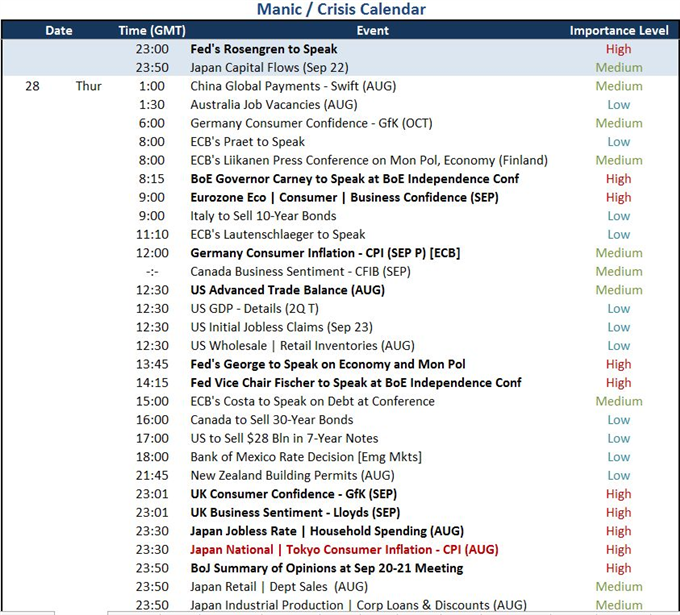 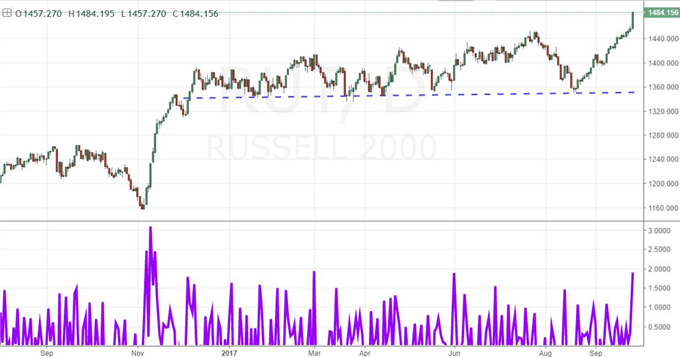