The CFTC's COT figures show EUR/USD futures positioning with the heaviest bullish lean in years while US equity exposure has hit equivalent lows. How do these reading compare to retail FX traders' exposure? Check our DailyFX sentiment page to find out.

What a remarkable way to end this past week. Despite news of North Korea launching another ballistic missile in defiance of international demands, the market's risk benchmarks barely budged. In fact, the S&P 500 led its US peers with a record high close to 2,500 while simultaneously maintaining the smallest four-day range as a percentage of current spot on record. There are few more explicit examples of complacency in recent memory. These developments continue to defy the fundamental caution that prevails in the financial system, not to mention the statistics. Historically, September has averaged out to be one of the most volatile months of the calendar year and the only month that has delivered the S&P 500 a negative performance. So far, we have seen hint of neither. That may continue to be the case moving forward, but if this uneasy quiet were to end, it would likely do so in a messy or even violent way. Traders should not take these conditions for granted. Remaining flexible and keeping stops on hand is essential. For the truly industrious and prepared, a strategy for a reversal in speculative bearing - which would likely generate far greater activity levels - would be wise.

Looking out over the coming week, there is plenty of scheduled event risk that can produce friction. The most prominent and wide-reaching event risk is the FOMC rate decision due Wednesday at 18:00 GMT. This gathering is very unlikely to result in a change in the benchmark rate. If they do hold, it would be the first quarter in four that the Fed has not tightened. However, the group has made a clear effort to set expectations for just such an outcome. In fact, we can see in the Fed Funds futures that the market sees virtually no chance of a move at this meeting. However, this is also the 'quarterly' meeting that includes the Summary of Economic Projections (SEP) as well as Chairwoman Janet Yellen's press conference. This is an important opportunity to clarify two areas of monetary policy forecasts moving forward. The SEP will offer the Fed members' consensus forecast for the rest of 2017 and 2018. If the forecast maintains expectations of a rate hike before year's end, it will be difficult for the market to continue to discount the policy authority's views. There are only two meetings left this year - November and December - so confidence within that time frame suggests intent. Another important aspect of this meeting is the whether the plan laid out in June to start reducing the balance sheet will begin this month or later. Depending on what the Fed does, it can further the Dollar's 2017 plunge or it can spark its recovery.

The Greenback's tumble this year has developed despite the Fed's progress and a definitive advantage over most major counterparts. That loss of traction owes more to the other major central banks turning tentatively to hawkish regimes than the US central bank's own loss of pace. This past week's BoE signal that a rate hike is likely this year has further watered down the field for yields and driven another currency to recover lost ground: the Pound. Through the end of this week, the Sterling's gains accelerated and pushed GBP/USD to start covering its 'Brexit Gap' from last June. Through the coming week, the global monetary policy standings will see more than just a Dollar adjustment. Leaders from the Bank of England, European Central Bank and Reserve Bank of Australia are all scheduled to speak. The Bank of Japan (BoJ) decision meanwhile is expected to be the consistent anchor for the extreme dovish end of the spectrum. We should not assume this is a write off policy view however. If the Japanese central bank signals reversal of course, it could single-handedly lead a systemic change in global policy along with its promotion of risk trends. We discuss these two critical fundamental themes (risk trends and monetary policy) along with individual event risk (New Zealand GDP and Canadian CPI) and dramatic moves (Bitcoin's 40 percent slide and 25 percent recovery) in this week's Trading Video. 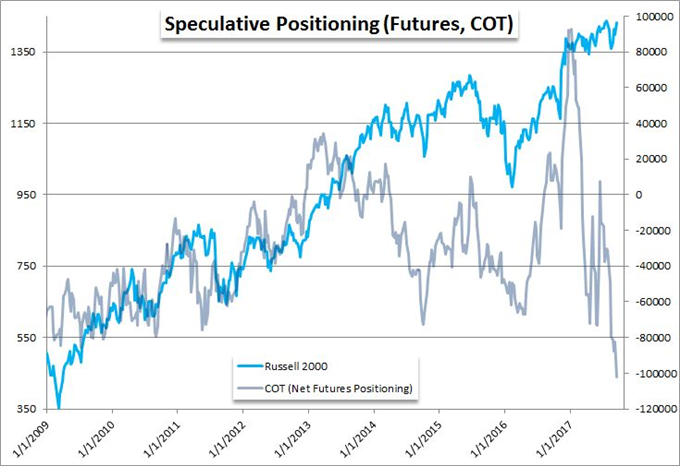 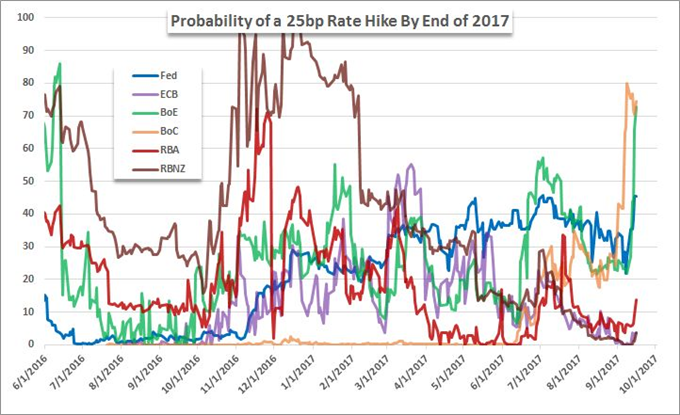 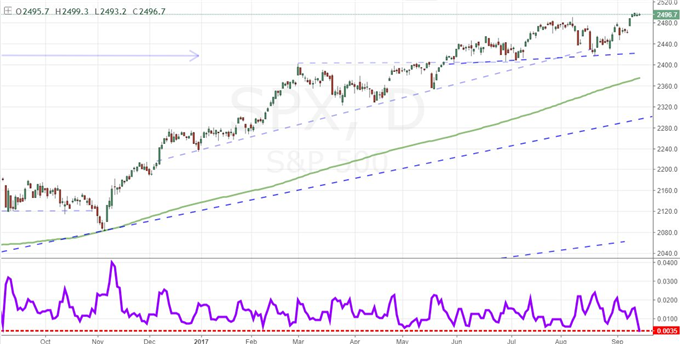 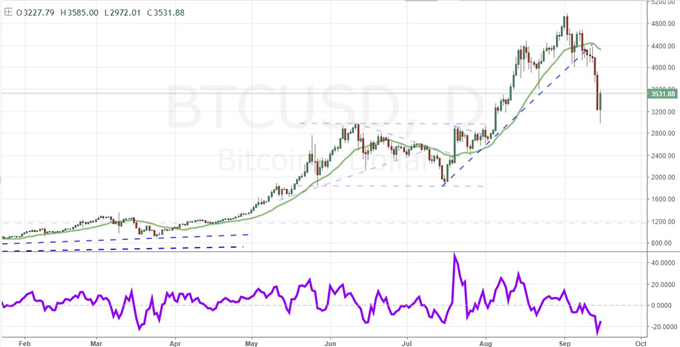