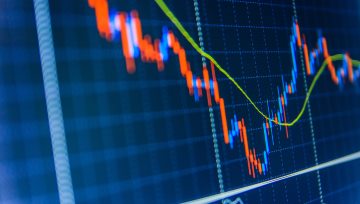 What makes for a great trader? Strategy is important but there are many ways we can analyze to good trades. The most important factor is our own psychology. Download the DailyFX Building Confidence in Trading and Traits of Successful Traders guides to learn how to set your course from the beginning.

Are risk trends finally due a significant revival following the Summer Doldrums or has the mixture of complacency and uncertainty going to keep benchmarks like the S&P 500, VIX and others anchored? Historically, the transition from August's final days of trade through the US Labor Holiday and into September represents a seasonal turning point for volume, volatility and speculative performance. At the start of the week, it seemed that we were seeing that norm quickly proving its statistical relevance on a dive in capital markets and charge in volatility with headlines of stoked North Korea tensions. Yet, the second half of the week proved the absolute antithesis that that early jolt of activity. The S&P 500's range dramatically contracted while other speculatively-driven assets lost drive. That said, it is worth noting that despite the lost traction on prices, the VIX volatility index would not readily deflate from its relatively lofty 12 handle. This doesn't ensure a pilot light for sentiment is still lit, but it would be dangerous to fully depend on complacency for trades moving forward given the lack of progress in the markets, the prevalence of risks and the statistical relevance of seasonal changes.

Where speculative appetite seems unmoored, the market seems remarkably certain of the Dollar's fate. The currency extended its slide through the end of this past week, leading the ICE's DXY Index to close at its lowest level in over two-and-a-half years. While the technical progress on this particular benchmark is impressive, it has not exactly lent itself to an immediate escalation of momentum. That may in part be due to the lack of comparable milestones from benchmarks like USDollar, an equally weighted index of the USD-based majors or even individual pairs like EUR/USD. EUR/USD and USD/CAD represent the most productive pairs when it comes to anti-Dollar trend. The former closed at its highest level since January 2015 and is within reach of the midpoint to the pair's historical range. As for the USD/CAD, subsequent breaks have drawn comparable lows and brought the 38.2 percent Fib retracement of the 2011 to 2016 range into view. Yet, on both accounts, the drive is primarily the work of strong counterparts. The Euro has rallied on very early anticipation of a monetary policy stance reversal while the Loonie has responded to two BoC rate hikes. The permanence of this progress is dubious in a market beset by complacency and increasingly at-risk of a collapse in stretched speculation. And, if sentiment were to reverse, would the Dollar still be treated as the overleveraged, low yield carry currency; or has it found itself once again squared as a safe haven with limited premium? Volatility will eventually resolve this question.

In the meantime, the Dollar and risk trends do not face the key events that we have come to track over the past months. We are in something of a holding pattern ahead as traders count the days down to heavier event risk in the subsequent week - quarterly FOMC decision, Germany elections and supposed UK Prime Minister 'intervention' among other events. That doesn't mean we will simply coast however. Certain currencies and markets will be at particular risk of volatility ahead. The Pound is looking some of the heaviest event risk. Though there is monthly jobs, inflation and housing data on tap; it is Thursday's BoE rate decision that will draw the most interest. Not because this event is expected to end with a policy change after 14 months of holding pattern. Rather, the contrast to heavier speculation surrounding the Fed, ECB and BoC leverages attention. A surprise surge in volatility in the Chinese Yuan's climb these past few weeks draws political implications, but it also unnerves against assumptions of PBoC-determined stability. In the digital currency set, competing news that Russia has decided to allow but regulate ICOs like Bitcoin while China has moved to fully ban them has left the heavy concentration of speculators unsure of their conviction. We look across the markets for underlying conditions, event risk and technical patterns to evaluate trade potential in this weekend Trading Video. 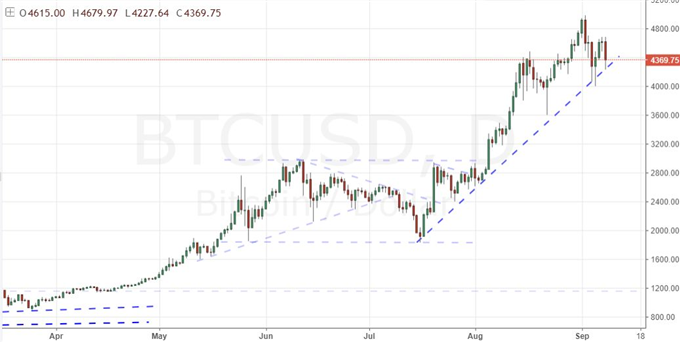 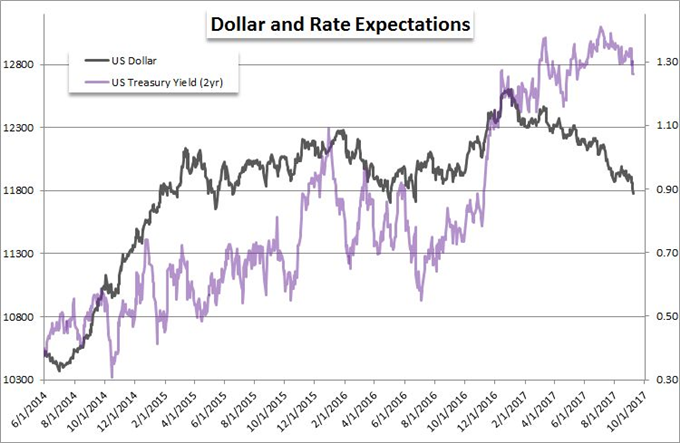 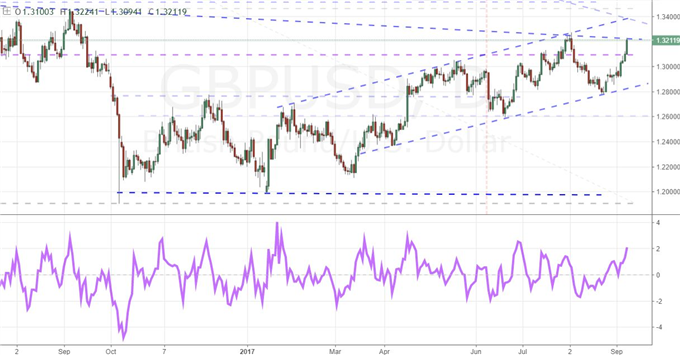 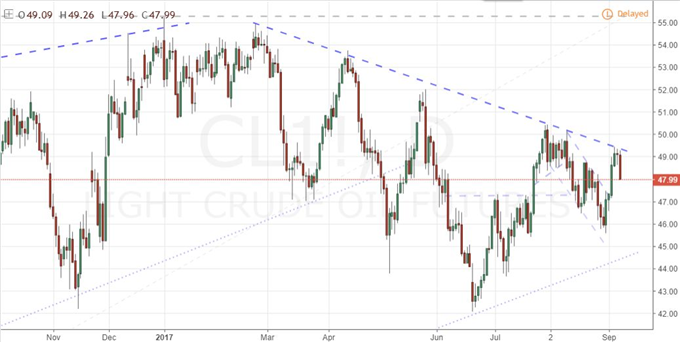