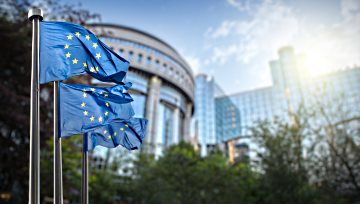 Yellen and Draghi Get Out of the Way for EUR/USD Break Above 1.1900

While there are a number of notable trends across the financial system, the standard setting for traders has been moderate pace and reserved volatility. EUR/USD has proven itself one of the most notable exceptions to the rule through 2017. The benchmark exchange rate made another dramatic move to close out this past week and further draw attention to itself. A 1 percent rally through Friday's close cleared resistance on a channel that had capped the market's progress through the month of August. In turn, the move above 1.1900 won the pair the distinction of the highest close for the world's most traded pair in more than two-and-a-half years. This is an impressive move from any angle, but that doesn't mean that our evaluation for further opportunities for trend - or eventual reversal if you are a contrarian - should skimp on the analysis.

The motivation for the late-in-the-week seemed pretty clear. Both Federal Reserve Chairwoman Janet Yellen and ECB President Mario Draghi were on the docket for high profile speeches at the Jackson Hole Economic Symposium. If we were to make our evaluation of what they suggested for their groups' respective future courses through price action alone, it would seem that Yellen had further pumped the breaks on the future of rate hikes while Draghi further sowed the field for the eventual tide change from years of extreme easing. Yet, the reality was far less definitive than what the pair's move insinuated. The US central banker generally avoided monetary policy remarks and instead discussed the importance of regulation and independence with references to policy objectives the standard boilerplate modest hawkish fare of previous meetings and statements. Her European counterpart similarly avoided the topic of policy in his speech - instead focusing on the importance of global dynamism and avoiding protectionism - but his Q&A did reiterate his concern about low inflation and the need for easy policy. So, why did EUR/USD rally on this? Because the policy authorities moved out of the market's way. Anticipation of this event held the market back, and the twilight hours of the trading week allowed traders to make their final adjustments.

Now, as we head into the new trading week, we have to weigh whether the break carries the speculative and fundamental heft to easily wade into the next leg of the EUR/USD's multi-month bull trend. Motivation is a key factor in further progress. While this benchmark pair is rising and the DXY Dollar Index is facing heavy support over a two-and-a-half year range floor, the same pressure for an imminent bearish cliff isn't felt across the rest of the Dollar-based majors. USD/JPY, GBP/USD, NZD/USD aren't facing Dollar support - much less critical support. EUR/USD can still forge a strong bull trend if the Euro keeps advancing. Yet, while the drive behind this currency has been impressive and uniform, it finds dubious fundamental foothold. Very early rate speculation seems to be carry much of the appeal, and that is a tough speculative ember to keep burning until the actual moves are made. Can the coming week add a more tangible wind to the pair's back or perhaps trigger its collapse? Will risk trends find another jolt of political risk pushing the S&P 500 and VIX as leaders? Will the start of the third round of UK-EU Brexit negotiations revive the Sterling? Can Gold finally break or reverse from 1,300? We cover all of that in this weekend Trading Video. 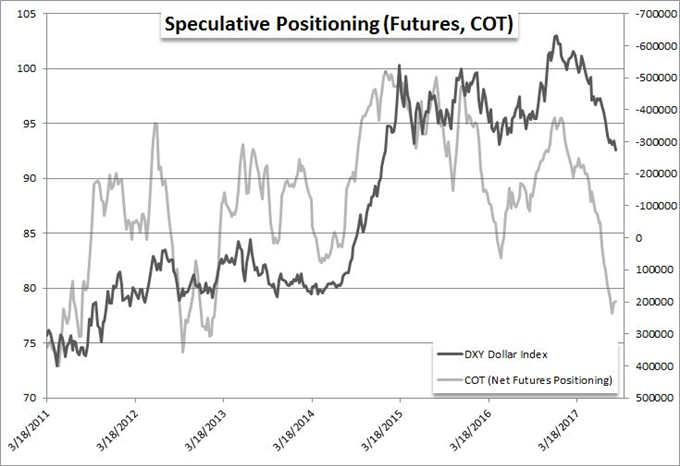