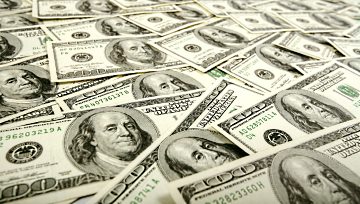 Just as political risk seemed to ease in the market's mind this week, the US President turned the dial back up to 10. At a rally in Arizona, Donald Trump shifted the focal point of the market's concerns related to political turmoil's impact on the US economy and global financial system. Until recently, the concern had shifted from global stability with the standoff between the United States and North Korea to building concern over the stalled momentum for the long-promised infrastructure spending and tax reform efforts. That concern remains and the speculation built in the asset benchmarks like the S&P 500 reflect how much there is to lose. But the new threat is now the possibility that debt ceiling brinkmanship and a government shutdown are heading into yet another round.

The United States has been here before. The country found itself at loggerheads back in 2011 and 2013 when the government came to a last minute solution to fend off default. In the first instance, the US earned a sovereign credit rating downgrade from Standard & Poor's - losing its AAA status - and a significant drop in risk-oriented assets the world over. In the second instance, the market response was more restrained, but the government shutdown made the stakes that much higher. Comparing the first and second events, it may seem that this is seeing moderating effect on the markets for which the third such crisis would be even less influential. That would be an extremely risky gamble. For global risk trends, threats to stability have been increasing and not seeing the implications in investor adjustment reflects the extreme reach participants are making. For the Dollar and US markets in particular, the threat is enormous. The risk of losing even a fraction of the Greenback's status as a global safe haven could seismically alter the hierarchy and natural capital flows to and through the US.

Aside from political risks, the market was also registering - but not necessarily running - on scheduled and unscheduled event risk. ECB Draghi's remarks and the Euro-area PMI's wouldn't leverage strong moves for EUR/USD or other Euro crosses, but the New Zealand government's downgrade on growth and budget forecasts resulted in the worst performance among the major currencies. While there were significant developments for pairs like NZD/USD, NZD/JPY and EUR/NZD; fundamental threats ahead make calls on technical or fundamental developments this past session risk. In contrast, the remarkable NZD/CAD and AUD/NZD moves will be less encumbered. Ahead, the top theme will once again be monetary policy - barring any major surprises. The start of the three-day Jackson Hole Symposium hosted by the Fed will give insight by policy makers on critical themes. Clearly relative monetary policy will be closely observed particularly for EUR/USD as the Fed's Yellen and ECB's Draghi are due to speak Friday. Much more important though is the collective assessment of monetary policy, its bearings, its impact on speculative reach and questions over its effectiveness. What is at risk in the market and where are the pressure points and trades? We discuss that in today's Trading Video. 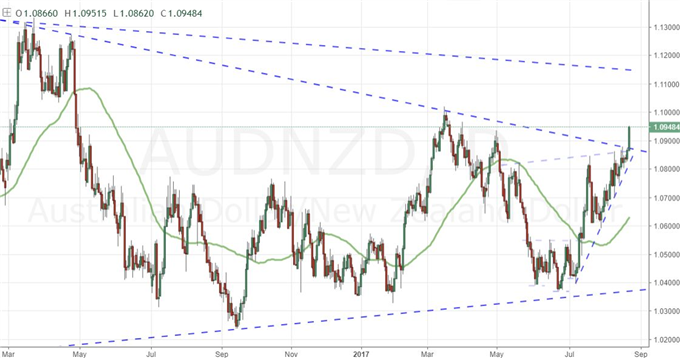 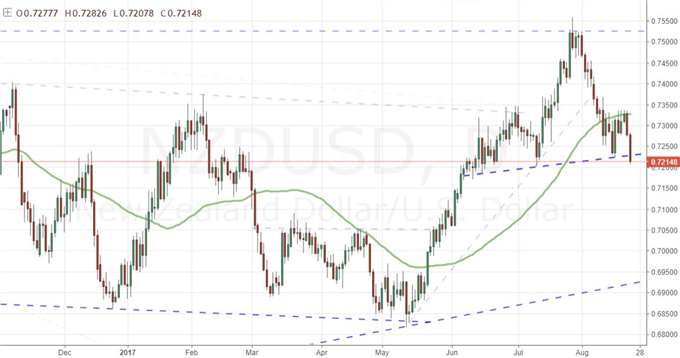 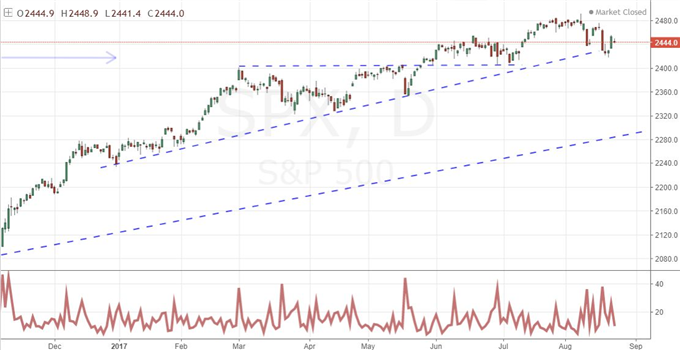