Have we seen the official start of the long-overdue reversal in exaggerated speculative exposure - otherwise known as 'risk appetite'? The favorite risk-oriented benchmarks took a dramatic tumble turn for the worse this past session. Among the US equity indexes - the best performing of the standard benchmarks since the reversal from the Great Financial Crisis - the S&P 500 marked a number of high profile technical milestones. The second largest daily drop in 11 months - second to the political scandal-related slump on May 17 - pushed the index to a tentative break of the 'Trump Rally' trendline support and 50-day moving average. The motivation for the escalation was attributed to the US President's remarks affirming he meant to communicate the degree of threat to North Korea that the market and media headlines interpreted from his 'fire and fury' remarks of the day before. In fact, the brash leader doubled down by saying that his rhetoric was perhaps not strong enough.

We have seen a number of short-lived and severe hits to global sentiment over the months and years, and the motivation has come in a variety of themes. Tempered global growth forecasts, a shift in monetary policy views and protectionism have proven regular catalysts. Currently, anxiety is founded in political risk. The threat of a war between a developed super power and unstable, aspirant nuclear player carries no small threat to the world's safety. Yet, even from a more localized and financially-centric view; the threat is very clear when presented against the speculative frenzy of the past years. Deep complacency has driven market participants to increase their exposure to risky assets to unprecedented levels despite a severe lack of expected return for the trouble. The most recent leg of dubious risk taking was in part justified by the expectation that the US government would quickly implement growth and revenue-friendly programs including tax reform and infrastructure. With an international crisis at the United States' doorstep, the implementation of these already-troubled efforts looks all but impossible - and speculators look all the more exposed.

What is important to consider moving forward is that the catalyst matters far less than the conditions behind the market. As serious a threat as North Korea and US escalation is to global markets, the collapse of over-leveraged risk trends can be motivated by any number of issues. That is because the market is increasingly dependent on momentum and extreme complacency as the weight of market performance has shifted to the speculative crowd (versus more thoughtful and patient 'investors'). We should keep a very close eye on the health of risk trends as this is the most elemental feature of the global system and arguably the aspect the most out of alignment. Breadth and depth are the two crucial dimensions for measuring sentiment. We can see the reach of risk has leveraged an extreme VIX (volatility) reversal, effected global equities, hit more extreme areas of the market (Emerging Markets and High Yield) and weighed carry in the FX market. Yet, as we attempt to gauge conviction, it is important to remain flexible, defensive and targeting the most opportune risk-oriented markets. US equities, Yen crosses and the Dollar are particularly high-profile options. We discuss the risk and opportunity in a true risk reversal in today's Trading Video.. 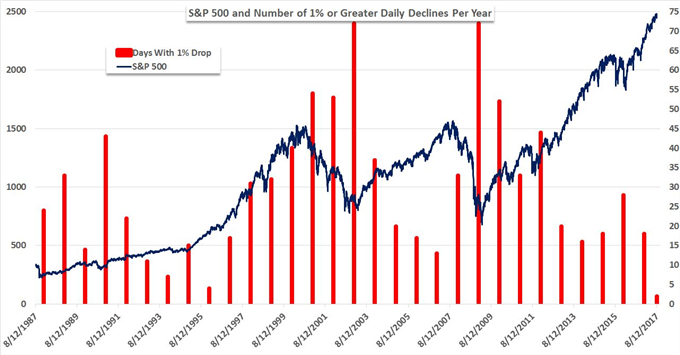 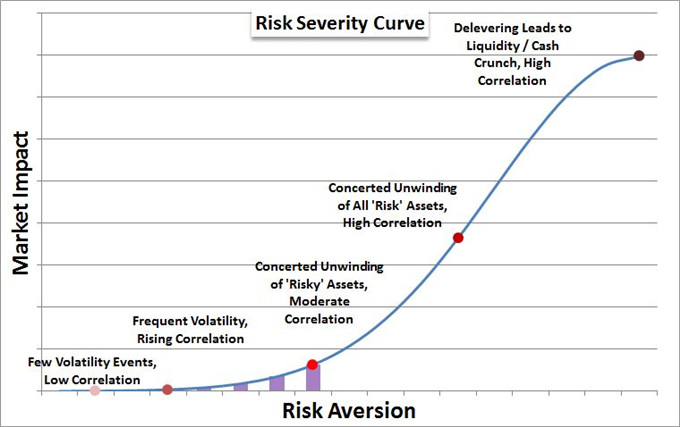 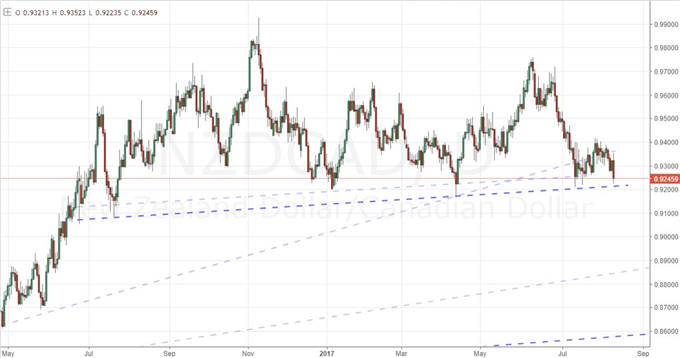 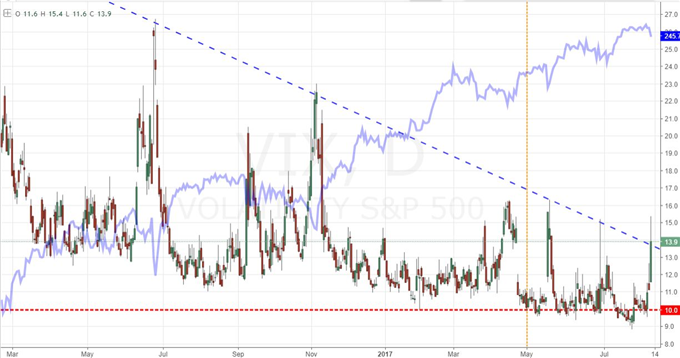