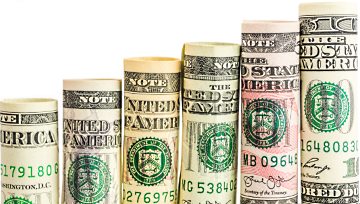 Both the EUR/USD and S&P 500 have clear significant resistance recently. What has this remarkable progress meant in terms of speculators' trading? See the IG positioning data on the DailyFX Sentiment page.

The tables have turned this past session with the high profile market movers of the past week (equities and the Dollar) relegated to consolidation while overlooked players (Aussie and Kiwi Dollars) have surprised with volatility. The difficulty with prolific trends like the 2017 dive for benchmark currency and the record-breaking reach for US equity indexes is that the sentiment has more than shifted - it has been driven to a certain degree of extreme. It takes more evidence to solidify forecasts or inducement for drawing in new funds in order to further extend the mature trends. This imbalance is something we discuss regularly when it comes to the likes of the S&P 500, Nasdaq or DAX. We will see how willing the market is to throw in more cash to chase optimism higher with the robust earnings report from Apple - the largest company by market cap - afterhours. Is there enough of a spell for speculation or perhaps tout from AAPL to secure a push to coast above recent record highs?

While far less mature, the Dollar's dive throughout this year has proven remarkably consistent when the general condition has been one of reticence and frequent congestion. The DXY Dollar Index has moved down to the support 'zone' of the past two-and-a-half years and conviction has been put under the spotlight. The problem for bears, however, is that this currency hasn't seen its outlook significantly downgraded rather it has stagnated while its peers have improved. That is a very different dynamic as it speaks to a weaker motivation and conviction - in this case bearish one. The Fed's-favored inflation figure in the PCE report this past session did little to clarify the central bank's time frames and options moving forward, so the Greenback was simply left to drift. The ADP figures and Fed speeches (Mester and Williams) ahead may tap this theme again, but they will likely struggle to forge significant movement much as this past sessions' fundamental offerings. In general though, it is easier to spark a substantial Dollar rally than it is a significant decline purely on the foundation of its seven-month ravaging. That said, I am keeping close eye on USD/CAD, NZD/USD and EUR/USD in case a serious catalyst come along.

Looking for volatility this past session, the Australian and New Zealand Dollars were far more impressive. The RBA rate decision was a key event not just for the Aussie, but it plays a crucial role in evaluating the bearings of global monetary policy. Unfortunately for the hawks, the RBA held policy and offered up dovish sentiments with a non-to-passive threat aimed at the currency should the connection between exchange rates and monetary policy be divined. That said, the Aussie Dollar did not offer the strongest reaction, but keep an eye on trends like those from AUD/USD. The Kiwi is another currency that has seen its profile rise as anticipation of hawkish pandemic have spread. The 2Q New Zealand employment statistics are not definitive fodder for RBNZ rate timing, but speculation is ruling the day here. And, with the weak showing in jobs change, participation and wages (trailing costs like housing); there is limited fuel for the projection of a hike. The NZD/USD, NZD/JPY and GBP/NZD offer up appealing technical and fundamental confluence. Elsewhere, event risk thins out with a concentration on ADP ahead, USD/CNH is still pressing serious support and the Bitcoin 'hard fork' is slowly undermining cryptocurrencies as an asset class. We discuss all of this in today's Trading Video. 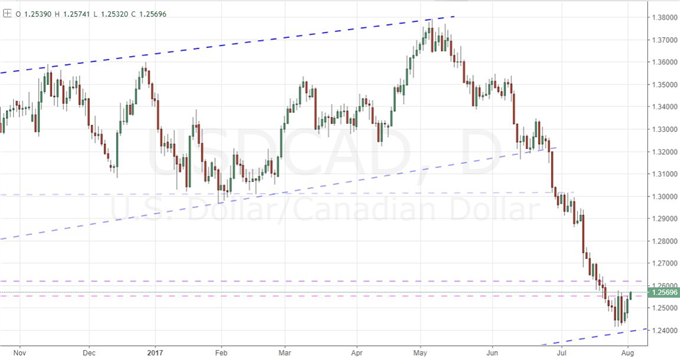 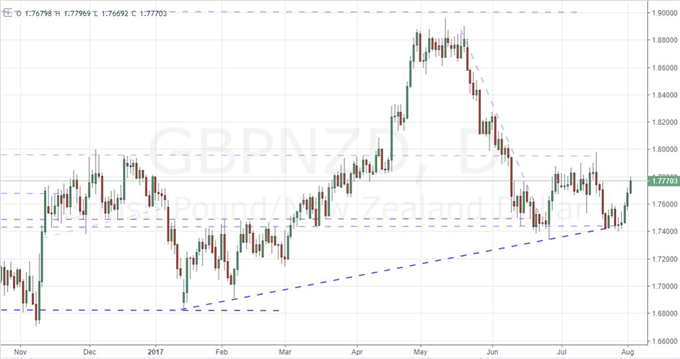 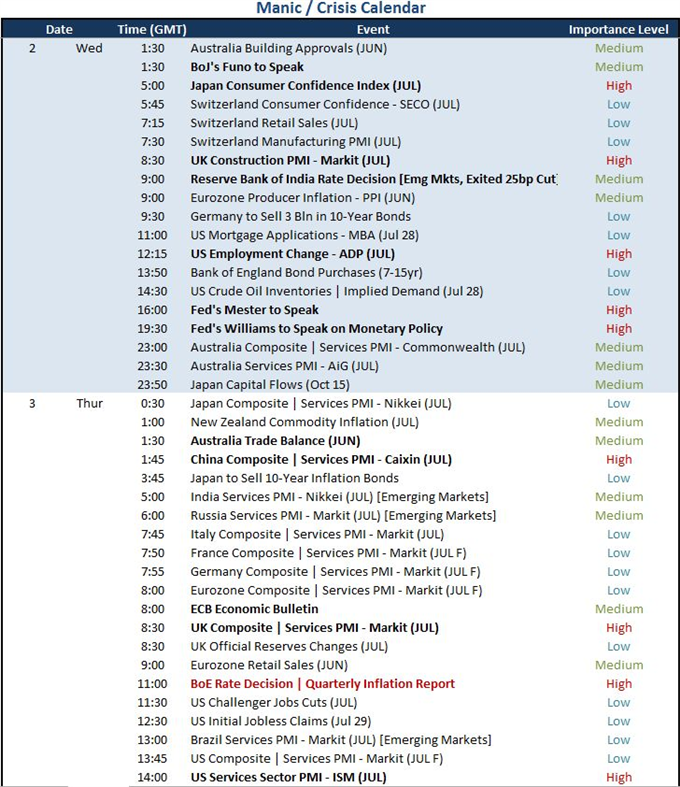