All signs point that the USD is much relieved that July is finished. Most currencies, save the Swiss Franc, took the USD for a ride as further confusion over fiscal and monetary policy in the US took hold of the market. At the same time, economic growth in Canada, whose central bank raised rates in July, and hints of monetary policy normalization in Europe allowed both currencies to strength aggressively against the US Dollar. Not to be left out, the Australian Dollar, which has benefited mightily from the strong rebound in China that has reverberated to the metals market saw a move above 0.8000 as the month came to a close.

While not a significant driver of the Dollar Index, emerging market currencies like the Chinese Renminbi (CNH), Mexican Peso (MXN), and South African Rand (ZAR) were another set of higher yielding currencies that benefited from USD weakness in first seven months of 2017. Now, looking to August, it’s worth noting that opening range volatility can be deceiving. Identifying opening ranges at the start of the month can be an effective way to favor a trend continuation move while not getting caught up in the initial volatility that takes place when new trades are being put on at the start of the month. Opening ranges for the first and second half can also be a way to capture long-term trends, and on July 14, DXY broke below the opening range low at 95.48 and didn’t look back as it would eventually go on to break below 93.

Over to Australia, the RBA did what they could to discourage AUD bulls, who have a solid foundation to be positive on the currency, but in the end, the RBA seemed to be more talk than show. A word count analysis has shown that as the AUD has become stronger, the RBA tends to talk more in their statements. However, the market continues to look at the rally in iron ore, the top export of Australia and strong economic growth in China as reason enough to favor further upside in AUD against the weaker USD, CHF, and JPY.

The second half of July had a handful of positive developments for physical oil that helped take WTI above $50 at the end of the month. However, the first day of the month shows that OPEC output rose in July by 210k bpd with Libyan oil production nowat the highest in more than four years. To be fair, Libya is seen as exempt alongside Nigeria from the cuts in order to restore production after domestic turmoil blocked production and created a fiscal strain. In addition, the OPEC and Russia meeting in St. Petersburg showed a commitment to the market by Saudi Arabia, Kuwait, and the UAE who said they would decrease exports going forward in order to reduce the swollen global oil inventories to support the price of oil. Though the price of Crude Oil fell ~2.5% on Tuesday before settling below $50, there does appear to be momentum from the recent move to keep the bullish view intact. 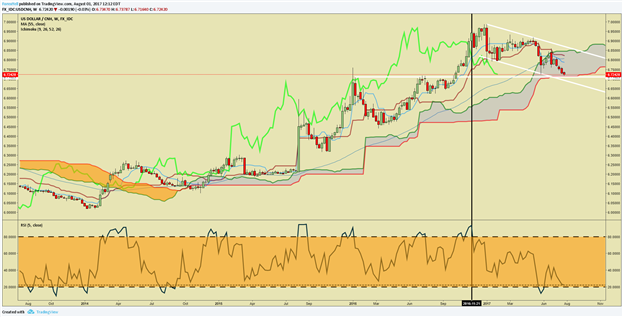 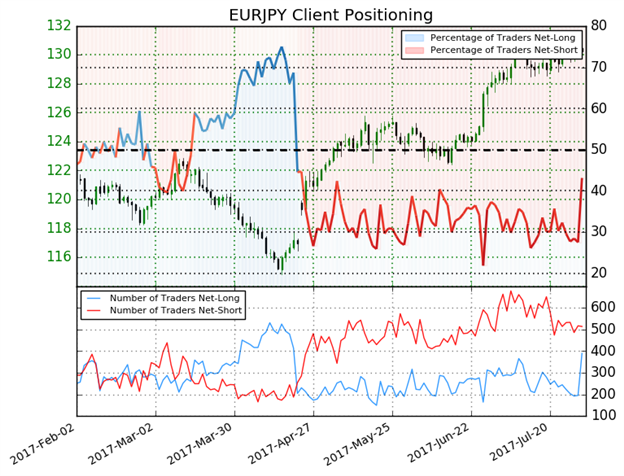