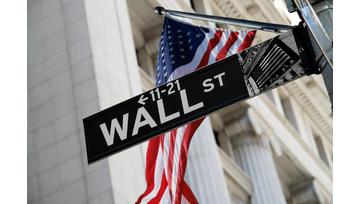 Are the SPX and VIX Really Signaling Trend Change Before Weekend?

How are retail traders positioning in the Dollar-based pairs as the currency takes out key technical levels and the DXY slips the midpoint of its 31-year range? Check out the IG speculative sentiment to see.

Are the markets primed for the long-awaited collapse in risk trends...just before a serious liquidity drain? It was difficult to miss the stomach churning drop in risk-based trends this past session. Starting just before the official open for the US markets, the those assets aligned to speculative compass started to drop. As liquidity filled out, the sense of fear started to seriously build with US-based equities channeling much of that concern. The S&P 500 attempted to break a distinct head-and-shoulders pattern while the Nasdaq Composite pushed through the floor of a rising channel that has ushered the markets higher for months. Yet, both of these developments paled in comparison to the VIX Volatility Index's extraordinary surge. From the basement level around 10 it has crawled along, the so-called 'fear gauge' surged more than 50 percent. Given the sense of skepticism has ballooned to match the long-held sense of complacency, this could have detonated a much deeper fear in the in the market.

However, one notable headwind is working against full-scale deleveraging on any and all assets labeled 'risk': liquidity. Trends develop when a tide of volume builds behind a common banner - if not the same motivation than at least the same ultimate positioning. That will be difficult to do heading into the close of the week (which also happens to be the final trading of the month and quarter). Leveraging such a sweeping development after months/years of complacency would be even more remarkable given that the US markets will more or less offline until the middle of next week. The Independence Day holiday (Tuesday, July 4th) is a well-known liquidity black hole. While not impossible, to stage the opening move of such a systemic shift now would be a statistical anomaly. And, even if it did start, it would be throttled until the market was deep enough to truly launch the move.

While sentiment attempts to find itself, the Dollar's drop continues. The benchmark currency represented in index form by the DXY slipped beneath the midpoint of the range it has held for the past 31 years. Taken without context, a trader may take that as a definitive signal. However, we should consider the circumstances. While that technical support we are navigating through is significant, it also isn't directly apparent on those instruments traders most express their Greenback views on. EUR/USD, GBP/USD, USD/JPY and other Dollar-based majors have challenged some of their own technical boundaries there is little of the truly profound. What's more, the Dollar will have to deal with the same liquidity dynamics as speculative instruments. Yet, when that lull passes and we move into the slow acceleration of seasonal volatility trends into the Fall and Winter; the fundamental backdrop for the Dollar will not look robust. Risk aversion - short of panic - will weigh the Dollar and monetary policy is collectively turning into more of a liability than asset for the currency. Through the final trading day this week, we have a an impressive range of data - Japanese economic highlights, Chinese PMIs, Germany employment, the Fed's favorite inflation measure - but its potential needs to be evaluated against the market backdrop. We look at the market's opportunities, risks and false flags in today's Trading Video. 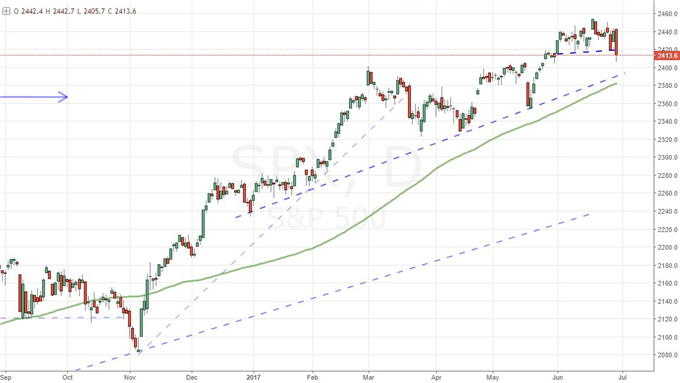 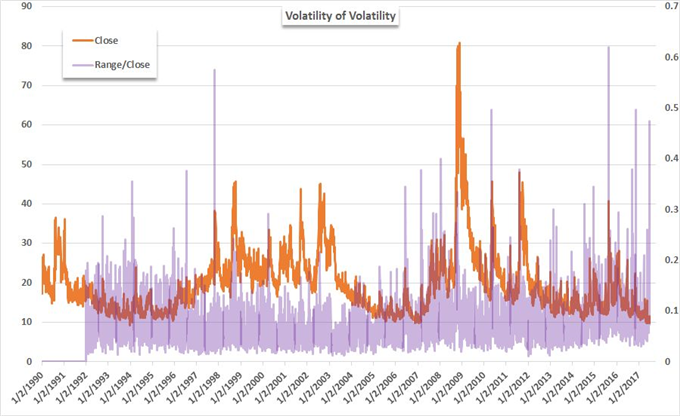 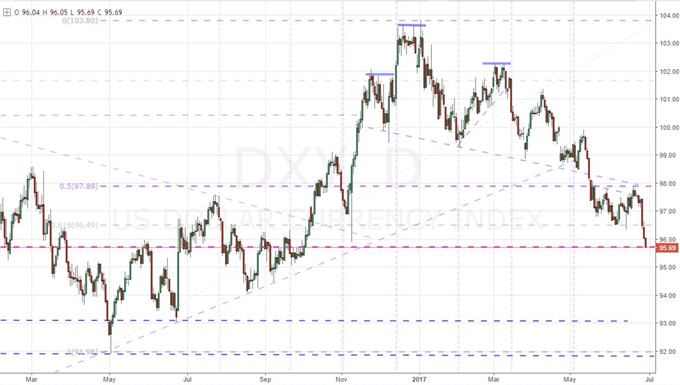