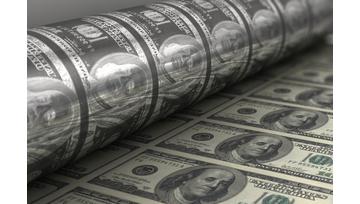 How are retail traders positioning in the Dollar-based pairs as the currency crashes key technical levels and the DXY nears the midpoint of a 30-year range? Check out the IG speculative sentiment to see.

Volatility held up through this past trading session, but there was some change in direction for some of the key players. Broadly speaking, the fear from the burgeoning 'risk aversion' move in equities and other speculative assets Tuesday balanced out through the subsequent session. The S&P 500 led a rebound to notably engulf Tuesday's full candle (with the gap) and the VIX volatility index dropped back to 10. Whether or not this rebound has legs depends heavily on the motivation for the about face. The economic data on tap lacked the authority to rally confidence in these otherwise skeptical markets. In fact, SF Fed President Williams added to the surface speculative fear when he suggested stocks were 'running on fumes' - more provocative language than Ms Yellen who said markets are 'somewhat rich'. The ECB's efforts to reassure the speculative rank that it wasn't yet turning the corner on its stimulus efforts may add a little buoyancy, but 'a little more time' is not flush of confidence. More likely, the rebound we have found is a reflection of a market not ready to commit to a major trend - bullish or bearish - and therefore is knocked back into range. If that is indeed the case, this move offers little more than what range potential already exists.

Meanwhile, the FX and fixed income markets' connection to monetary policy offers a more definitive fundamental platform to work from. Apparently concerned about the market response his remarks provoked the day before, ECB President Mario Draghi attempted to quell speculation that the major central bank was actively preparing for the inevitable normalization of its extreme monetary policy regime. The central bank took pains to make clear that they are not on the cusp of rate hikes or stimulus reversal. That stalled the Euro's rally against most counterparts - though the EUR/USD was a notable exception. From the ECB's highlight central bank summit panel with heads of the ECB, BoE, BoJ and BoC groups though; the balance of perceived change was a hawkish one. BoE Governor Carney caused another whiplash in speculation on the group's bearings - not his or his Committee's fault - when he suggested they would hike rates if economic conditions warranted. The moves from GBP/USD and EUR/GBP in particular were noteworthy. The biggest move on the day, however, goes to the Canadian Dollar following Governor Poloz's suggestion that his bank too is prepared to tighten should the opportunity arise. USD/CAD extended its tumble to 1.3000 and other Canadian Dollar crosses (like AUD/CAD) have set up appealing technical pictures.

While this past 48 hours has been remarkable for activity, what is important is whether there is trade opportunity to draw out of this moving forward. While there is plenty of interesting technical development (EUR/USD break, USD/CAD breakdown, EUR/GBP channel reversal, etc), the critical ingredient - as always - is potential follow through. These markets are in a philosophical straight where long-held speculative appetite has run through its complacency and is increasingly exuding skepticism as the cost of further investment far outweighs the stagnant expectation for returns. Beyond this changing structural struggle, the peak of seasonal drain is approaching with this forthcoming, long US holiday weekend. Is there enough in what we have seen so far this week that we will be able to overcome the blanket of quiet that has covered us? Is there enough critical event risk or fluid theme to keep raging against the dying light into the end of the week? It is important to keep tabs on the critical dual themes of risk trends and monetary policy to answer this question. Scheduled event risk will lack for impact. We take stock of trading opportunities in this high volatility in today's Trading Video. 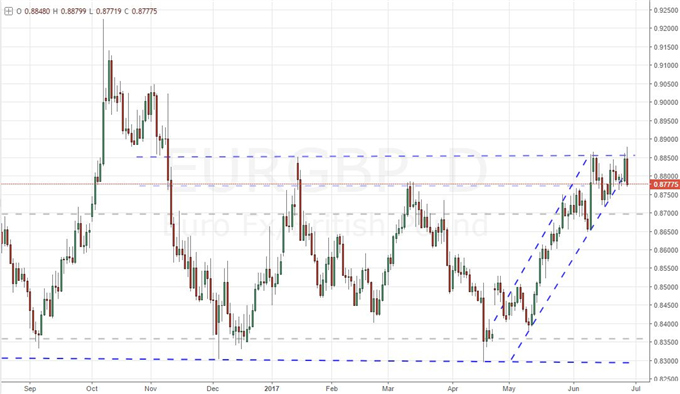 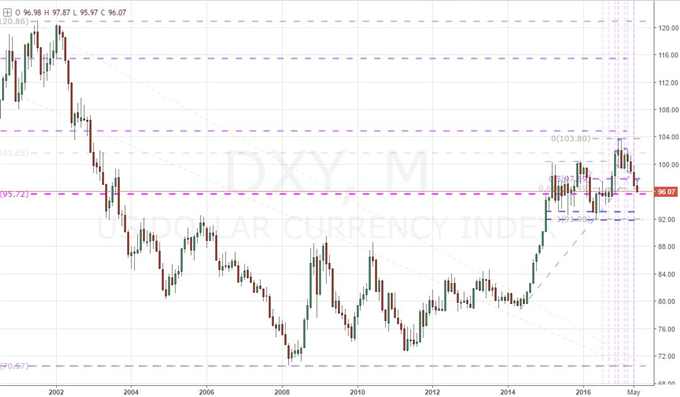 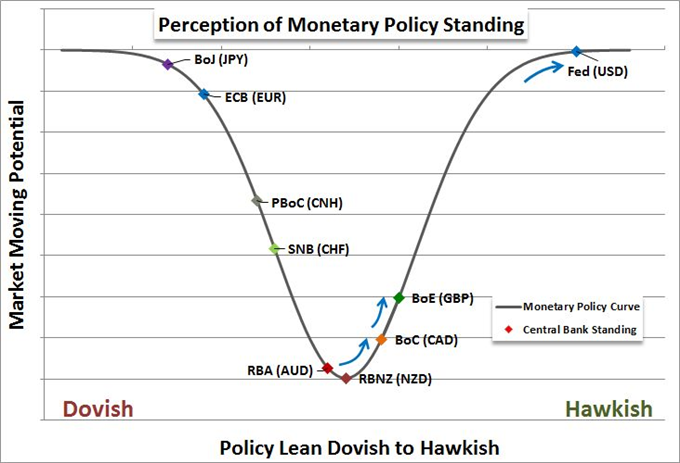