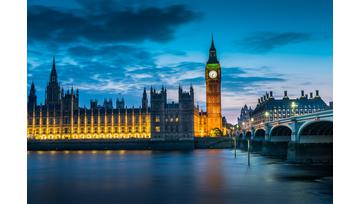 Three Monetary Policy Committee dissenters show that there is some strife brewing in the Bank of England. However, on Wednesday, we saw that the rift could begin to grow. BoE Chief Economist, Andy Haldane said that he nearly voted for a rate hike, which would have made for a split decision at the recent MPC meeting if he had, and Haldane now marks the probability of a rate hike in 2018 at greater than 50%. This revelation came a day after a delayed Mansion House speech by Governor Carney said that it was not the time to discuss rate hikes given anemic wage growth and Brexit uncertainties.

The sound you heard in the middle of the US trading session may have been that of the Oil Bull’s towel hitting the floor. After an encouraging EIA report showing US Crude inventories were at their lowest levels since February, Crude Oil broke down below $43/bbl. If the month of trading were to close today, Crude would be on track for its largest monthly decline since July after yesterday helped cement the Bear Market label for Crude Oil after having fallen more than 20% from the February peak despite the fundamental support given from OPEC. One reason why today’s inventory report may not have brought the needed encouragement is a report from Paris- based tracking company Kpler SAS that showed floating storage was at the highest levels in 2017 showing that market balance is still far off from reality.

In a related note, the theory became a reality regarding the succession of King Salman as Saudi Arabia’s king named Mohammed bin Salman prince and heir to his father’s throne at 31-years old, which should give him further power to accomplish Vision 2030. The Vision 2030 plan for Saudi is designed to help the economy wean off revenue derived from Crude Oil that has helped run the economy for so long. However, it may become more difficult to achieve the Vision if crude oil remains in a bear market and forces the hand of the economy to find new forms of revenue. In other encouraging news, MSCI has put the Kingdom of Saudi on their watchlist for inclusion to their emerging market index after “finally” giving China the nod on Wednesday morning. 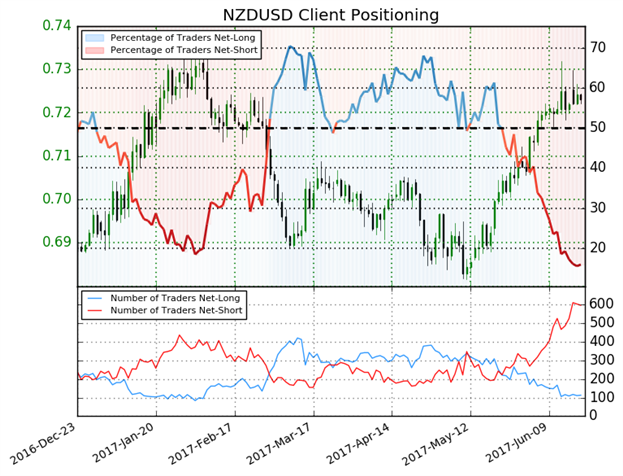 We typically take a contrarian view to crowd sentiment, and the fact traders are net-short suggests NZDUSD prices may continue to rise. Positioning is less net-short than yesterday but more net-short from last week. The combination of current sentiment and recent changes gives us a further mixed NZDUSD trading bias. (Emphasis mine)