The era of a data-dependent Fed appeared to have taken a detour to focusing on sticking to their forecasts this week. When the Federal Reserve opted to raise rates, there was one descent (not unusual), but now, we’re hearing other voting members of the Fed like Dallas Fed President Robert Kaplan stating that they are not comfortable voting for further rate hikes without confirmatory data that inflation is present. This week, after the Fed announced their rate hike, concerns started to spill in that the Fed may be in the midst of a policy error if they continue to hike without inflation pressures.

To be fair, the Fed will likely find critics no matter which route they take, but it does seem that they have a propensity now to avoid the building collateral damage from leaving rates too low for too long. Additionally, multiple Fed members have voiced concern that they will need to be able to cut rates when the next recession comes and the higher the Fed Fund’s Rate, the more effective the eventual easing will be. One data point worth noting this week comes from Citi's Economic Surprise Index for the United States economy. On Friday, the US Economic Surprise Index from Citi was at the lowest level since 2011, showing the string of data dissapointments in the US is either an anomoly soon to fix itself or we're in the midst of a downturn that the Fed is missing.

This week will be remembered as one with a handful of central bank surprises. First, the Bank of Canada surprised markets with policy speeches to point of beginning to price in an H2 2017 rate hike, the Fed kept to their expectations for three hikes in the next three years, and the BoE had the largest number of dissenters in six years we are witnessing a lot of Fixed Income volatility. FX volatility tends to be positively correlated to the front-end or short-term interest rates on sovereign yields, which could indicator we are soon to see FX volatility as markets begin to price in and discount the new hawkish role that central banks are taking on in 2017 after years of un-ending dovishness. The one bank that failed to provide a hawkish surprise that was on-stage this week was the Bank of Japan who failed to discuss tapering, which led markets to believe they’re still the most dovish game in town.

What is likely to surprise many traders is that despite the hawkish surprises in the near-term, we could still witness a large increase or pick-up in the hunt for yield. The hunt for yield is synonymous with the popular FX carry trade that could finally be brought back to life as ZIRP looks to be getting smaller in the rear view mirror. If that is that case, we could continue to see a further premium being placed on higher-yielding currencies such as EMFX like the Mexican Peso or other commodity currencies that hold a higher interest rate like the New Zealand dollar.

A necessary component to a successful Carry Trade environment is the lack of volatility in other markets. In mid-2017, we have low-volatility in spades and we’re seeing this in multiple markets that are not seeing large option premiums, which tend to rise when uncertainty is high. 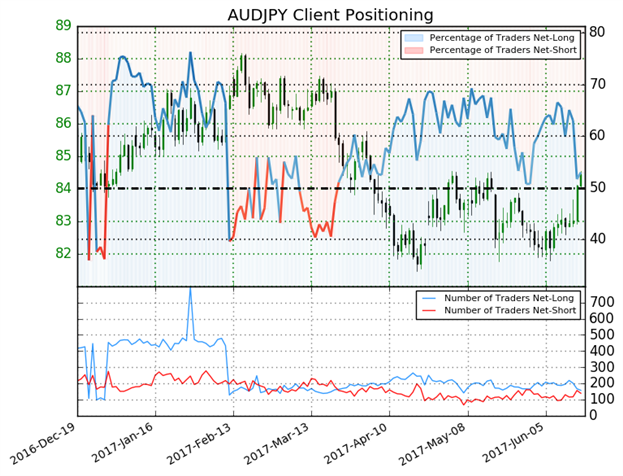