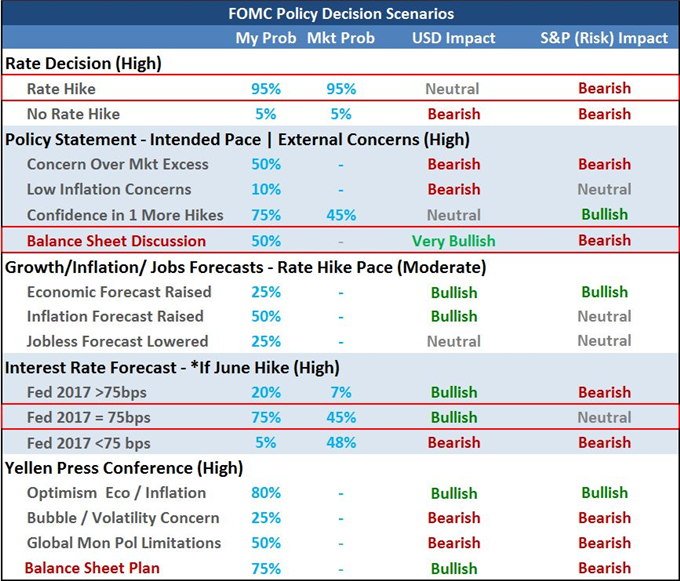 FOMC Turns EUR/USD and USD/CAD, What Will BoE Do for Pound?

With EUR/USD turning at high profile resistance around 1.1300 see how retail traders are positioning for the turn - skepticism or conviction - with the DailyFX speculative sentiment reading.

The Fed did not mince words. Its policy update Wednesday was hawkish and that fact was not lost on the Dollar. This was a complex event from the jump with a decision on rates, heavy speculation over the future pace of tightening and the close monitoring of the group's stimulus plans. They hit the 'hawkish' button on all three fronts. The benchmark rate range was raised another 25 basis points for the fourth hike in this near era. That outcome was all but priced in though given the 95 percent probability afforded by Fed Funds futures heading into the event. The future ambitions for rates was not however. The consensus forecast among the Fed maintained that another hike would be on tap in 2017 - and yet, the market still sees such an outcome as less than a 50-50 prospect. This debate will continue and can afford the Greenback more lift (though increased skepticism is unlikely to generate further discount). The truly remarkable development though was the central bank's announcement in the statement (with an addendum and backed by Janet Yellen's press conference) that the would start selling assets from the balance sheet in the fourth quarter. A $10 billion-per-month pace will start it with a $10 billion escalation each quarter for the cap until a $50 billion-per-month rate is reached.

This development significantly escalates the contrast in monetary policy and can in turn revive this theme as a critical market-moving factor. Contrast to dovish currencies and central banks like the Euro (ECB) and the Japanese Yen (BoJ) will be even more stark for return. Beyond just the competitive element, however, we have a collective shift in monetary policy as a backdrop for speculative sentiment. Years of dependency and appetite have been built on these deep pocketed capital pumps. The Fed's own decision to level out its stimulus effort through 2014 notably stalled the markets. Now, that safety net and stimulant drip feed is being retracted. This will materially change the landscape for speculative reach. That said, the big picture implications didn't seem to seize the market like the 'advantage' to the Dollar. Where the DXY Dollar Index turned at the 61.8% Fib of its past year's range, the S&P 500 (as a benchmark for risk assets) showed little immediate concern. That will likely change over time as recognize of this wind down of support is exacerbated by new and pressing risks. In the meantime, the Dollar can provide meaningful opportunity. The EUR/USD's turn from 1.1300 stands out in particular. Not only does that carry technical weight, but this is a pair that has seen a significant run on questionable fundamental backing. Fundamental justification for a turn is available if desired and there are further technical levels that can offer milestones for increased conviction. There is similar technical-fundamental combined appeal for USD/CAD. This pair has dropped to major support and deviated from oil's lead in the process.

Though it may be the Summer trading period (for the Northern hemisphere), it is not wise to check out post FOMC. The markets are sporting a range of key event risk with varying potential and the deeper themes may prove particularly fluid. General risk trends should be the number one concern as the implications are so substantial. Yet, for scheduled updates, the Bank of England policy decision is arguably one of the more important - and complex - events on the docket. The UK central bank is unlikely to change its policy mix at this meeting but attention to forecast in the details will be intense given the Fed's efforts and the outcome of the general election last week. If they repeat the dovish default that we saw post Brexit, it an force the Pound lower with a return issue to compliment economic and political troubles. Alternatively, a neutral stance can prove a defacto hawkish view. Another multi-faceted event ahead is the two day, EU-IMF meeting. The group is discussing Greece's desperate need for funds (and debt forgiveness) which the market has grown hardened to. A positive outcome to release funds will not likely receive a blink from the market, but refusal can start to stoke realization that Grexit is not a scenario to take lightly. There is more limited capacity for events like the New Zealand GDP, Australian employment and SNB rate decision - but their ability to produce trend will be seriously limited. We discuss our critical pivot for the market and the measured opportunities ahead in today's Trading Video. 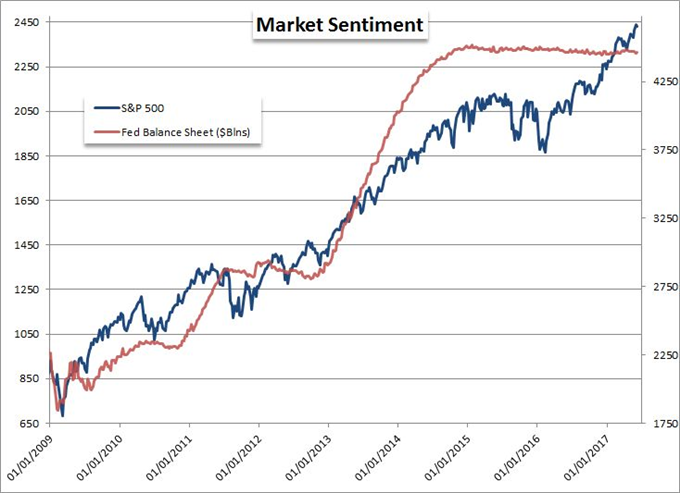 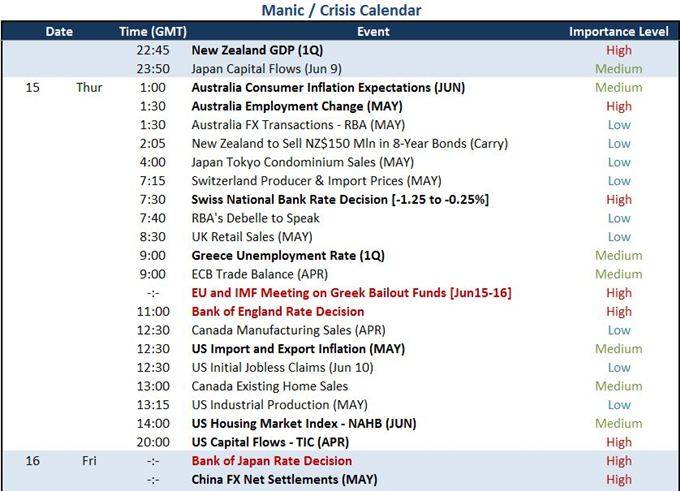