Are you trading Dollar pairs? If so, the Fed rate decision today can leverage serious volatility and even determine trend for the Greenback. Sign up to watch the FOMC decision live with me on the DailyFX Webinar page.

We will see the market's ingrained complacency put to the test starting today. We will start an important and volatile run of event risk this week with the champion of high profile listings: the FOMC rate decision. Before we discuss why the event is particularly complex and important this time around, we first need to appreciate the environment in which it is being released. Sentiment is set to extremely complacent. Expected volatility for the markets at large is set in the lowest general levels the financial system has seen in decades. That inherently reflects an assumption that quiet speculative reach will persist with few interruptions through the foreseeable future. Of course, we know that is unlikely - at the very least jolts along monetary policy, geopolitics or other themes are high probabilities. What's more, we recognize the market's general skepticism of its own pricing mechanics. The slight evidence that the market was perhaps moving to buffer itself from a less-than-ideal future with the pull back in tech stocks (FAANG and Nasdaq) and volatility measures (VIX nudging higher) dissipated Tuesday.

With a sitting-duck mentality on hand, we head into one of the most complicated FOMC meetings in some time. Right off the bat, the market is pricing in a near certainty that the Fed will hike at this meeting. If realized, this would be the fourth rate hike in this hawkish phase and will reinforce an accelerated pace of hikes with only a second 3-month gap between moves - the pause between the first two was 12 months. What's more, this is one of the 'quarterly' events in which we will also have the SEP (Summary of Economic Projections) offering updated forecasts and Chair Janet Yellen's press conference. Speculation over the pace of future hikes will clearly be a point of speculative interest. Yet, taking it a step further, there is unique interest building in the speculative and policy rank looking for signs that the Fed is ready to tackle the hardest part of policy normalization: laying out the plan to work off stimulus (the 'balance sheet'). Where the central bank goes with rates matters to the Dollar and is more effective in shifting risk trends moreso if they turn surprisingly dovish. General speculative bearing however is distinctly tuned into the foundation of what is considered the 'central bank put.'

Given the scope of influence behind the Fed decision, it is understandable that the market's focus will fall upon that event first and foremost. However, there is more to take in for trading and investment purposes. Thematically, global risk trends should be monitored closely with a more neutral assessment of its general bearing and intensity rather than an evaluation that is tied too much to its initial catalyst. Similarly, monetary policy will stretch beyond the Fed while geopolitical issues are still percolating in the background. The Pound is at the center of many of the intersecting fundamental drivers. The aftermath of the country's political future is still up in the air after the unexpected outcome of last week's general election in the UK. Further, the Bank of England is due to take that event as well as the four-year high inflation reading into consideration Thursday. And, we can't ignore the volatility potential from the May jobs report. The commodity currencies should also be considered opportunities - even if for volatility. The Canadian Dollar's rally extended to this past session which some noteworthy technical milestones in place - none more impressive than the USD/CAD's leveling up to its channel support. The Aussie and New Zealand Dollars are heading into employment and 1Q GDP figures respectively that are more than capable of stoking a charged market response. We discuss evaluating the big picture and isolated event risk for opportunity and risk in today's Trading Video. 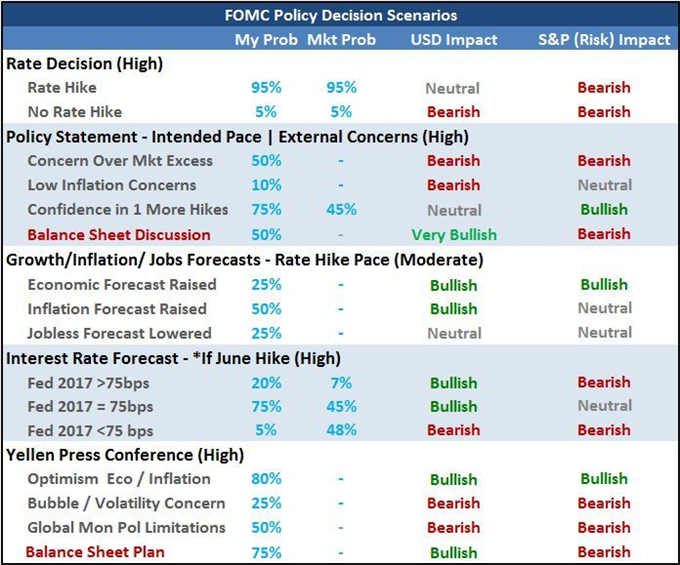