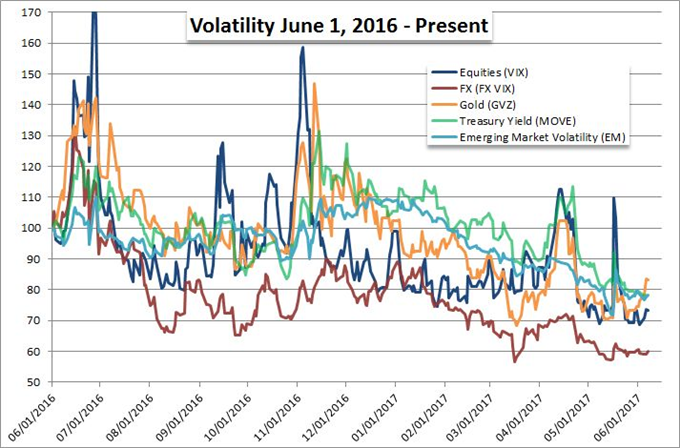 Sign up for live coverage of the ECB rate decision and see what other trading related webinars are scheduled on the DailyFX Webinar Calendar.

Quiet confidence persists throughout the financial system despite the threatening financial clouds rolling in. The upcoming session holds a number of high profile events with considerable market-moving potential. Yet, despite the risk these headlines pose to the rigid status quo, there has been incredibly little effort to mitigate (hedge) the chance of an extreme impact of an unexpected outcome - particularly remarkable given how inexpensive traditional hedges are at the moment. While complacency is not particularly unusual in current conditions, we shouldn't allow that obliviousness lull us into the same state of lethargy that will inevitably lead the market to a painful reckoning. The Boy Scout's maxim to hope for the best and prepare for worst is perhaps one of the most appropriate views for traders to adopt for the time being.

Looking ahead to the rough seas ahead, the order of critical events according to the threat they pose are: Former FBI Director James Comey's testimony before Congress; the UK general election; and the ECB rate decision. Given that all of these events present a market that is paying little-to-no head of a difficult outcome, the threat assessment is made between the degree of complications of scenarios with underappreciated probability and extreme market impact. For the ex-Director's testimony, there is no black-and-white outcome. The next steps if the scandal deepens is not clear. What is clear, however, is that the momentum behind the economic and business-friendly policies the market has rallied around (tax reform and an infrastructure spending program) will falter. That near-17 percent S&P 500 rally since the US election will come under direct pressure. For the UK election, the shades of grey remain a key feature of the landscape. Conservatives maintaining a strong lead (or furthering it) will justify the Pound's climb. However, a mere marginal victory could lead to a hung parliament and more difficult Brexit.

The best chances of a safe navigation through the storm is with the ECB decision. Persistence is the hallmark of the European central bank as of late, but the signal that a course change is on the horizon has to come eventually. And, we have seen what anticipation for big policy swings can do for the markets from the EUR/USD itself in its incredible tumble from 1.4000 to 1.0500 in mere anticipation of the current QE program. As we steel ourselves for what lies immediately ahead, it is worth accounting the 'other' event risk that will shape the future after the dust settles. This past session, we had a telling growth forecast from the OECD which projected a six-year pace of global expansion with firm warnings of the uncertainties ahead (protectionism) and a notable downgrade in the US projection on a tempering of the same fundamental theme responsible for the 'Trump trade'. There was also an update on China's foreign reserves signaling another change in market control efforts and an abrupt tumble for oil on otherwise mundane headlines. It is wise to remain flexible, to reduce risk and acclimate yourself to any sudden changes in volatility. We discuss the risks and opportunities immediately ahead in today's Trading Video. 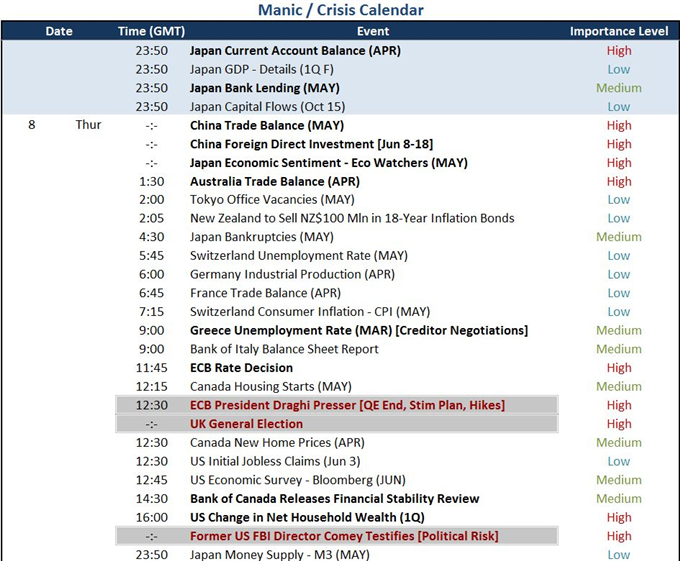