EUR/USD Sets Up Reversal with NFPs Ahead, Bitcoin and Oil Cool

Short interest on EUR/USD has been rising steadily as the pair has hit a six-month high. Meanwhile the same group has kept an extreme short view on the S&P 500 despite its record highs. See the IG positioning statistics on the DailyFX sentiment page.

Rarely do record highs draw so little fanfare. Major US equity indexes S&P 500 and the Nadaq Composite extended their drives to fresh records through the close of this past week, but there was little enthusiasm for the accomplishment amongst traders and in the financial media. Perhaps this lack of momentum and interest is a side effect of the extended holiday weekend with the US, UK and Chinese markets all offline Monday. However, the gloom seems to have been around for considerably longer than May, so perhaps it is further a feature of the 'Summer lull' and the structural shift to complacency that has developed with time and circumstance. Nevertheless, we have a 7-day S&P 500 advance that matches the longest run for the benchmark since July 2013 yet a notably dry interest in this climb from the headlines (which are more often served to us reflecting our preconceived views so as to generate more traction). A skeptical but persistent market deserves our closer attention and a more active trade approach - not the false comfort of passive investing.

This past week's volatility highlights were dealt a rebalance before the weekend drain hit, but that doesn't mean we should expect them to return to the inactive fold through the coming week. Crude oil's tumble on the day OPEC and key non-OPEC producers announced an extension of production cuts (Thursday) found its balance Friday. The unexpected deviation from the textbook fundamental response shows this market to be following a more speculative course which may reference more influence to technicals. For Bitcoin, the explosive climb to record highs was tripped up through the end of week; but volatility clearly remained. If this drive has been fueled by largely speculative - versus institutional, financial or official - sources, expect it to maintain it to retain its volatile nature through the coming week.

For FX markets, Cable (GBP/USD) managed to generate some interest that can hold traders over the weekend. The pair had been carving out one of its smallest monthly ranges in history when its posted a sizable bearish break on the biggest drop since January 18. The motivation was exactly what we expect to be the only capable mover of Pound pairs: Brexit. A Yougov poll reported that Prime Minister Theresa May's lead over her main opponent leading up to the June 8 election had dropped from a 24 percentage point advantage to merely 5 points. This is not a political vote by the market but rather a reflection of how uncertainty can undermine confidence. Given the surprises in the original Brexit vote and the US President election, it is likely the market will be more responsive to these polls which in turn can spell more volatility for the Sterling pairs ahead. For sheer event risk, the Dollar faces the most comprehensive wave - encouraging given the currency's development of a tight range this past week and its staged reversal threat. The Fed's favorite inflation indicator (PCE deflator), a consumer sentiment survey and May NFPs are all due for release. Then there is also the Emerging Markets to keep track of. There are systemic risks like political uncertainty and the threat of rising loan costs with US rates rising. Alternatively, there are also discreet threats like India and Brazil 1Q GDP figures as well as a Brazil Central Bank rate decision expected to deliver a 100 bp cut. We discuss what the week ahead has to offer traders in this weekend Trading Video. 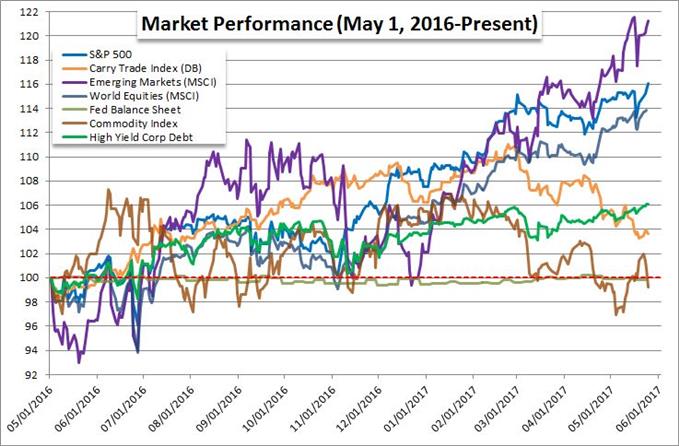 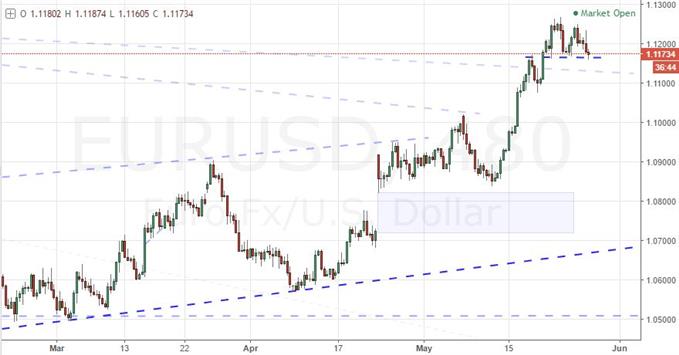 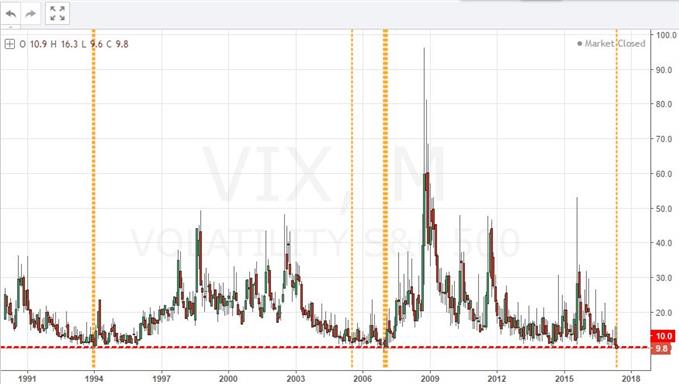