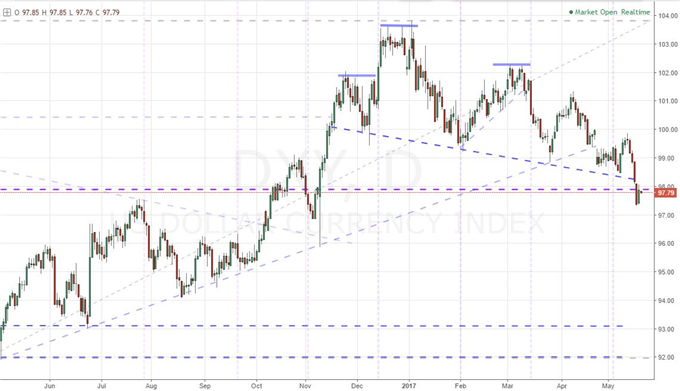 See how retail traders are positioning in the Dollar-based majors as well as benchmark Indices like the S&P 500 and DAX using the DailyFX speculative positioning data on the sentiment page.

Both the extended tumble for the Dollar and more recent slip from risk benchmarks like the S&P 500 leveled out this past session. The sentiment ship has not fully righted itself, but gravity in complacency these past years is a strong motivator to push back into mature trends. A return to political risk remains a prevailing threat. Just as the Brexit, US Presidential election, Euro-area stability threat events have had global impact over the past year; this concern over momentum behind economic-positive reforms places a strong sense of uncertainty on the system. It will take some time determine whether the Trump administration will hit serious roadblocks moving forward - and it would take even more time to fully clear the air even if the situation were resolved. Therefore traders should remain vigilant about the dangerous reach for yield that has motivated so much capital to the extreme of the market.

With a rebound in risk trends, the S&P 500 seems to have loosely held a meaningful level of support; but the turn in sentiment didn't happen early enough in the day to help out the European and Asian markets Thursday. Correlation across regions should see the relief spread however. Nevertheless, it is important to remain skeptical of the risk appetite that may find its way back into the speculative arena. Placing a large, leveraged and extended risk exposure now won't strike many investors as a wise move. Caution will hang over this market and throttle our trade potential. We can see that in the choppy response speculative markets through the past session. There was one notable exception however in emerging markets. The EEM ETF dropped sharply but was nowhere near as intense as the Brazil market's target plunge. Facing renewed political scandal of its own, the EWZ ETF suffered a remarkable gap lower Thursday and the subsequent follow through translated into an extreme day. A surprise Bank of Mexico rate hike may have added to this, but not much.

Looking ahead to the final trading session of the week, we should deemphasize our focus on data and discrete event risk. There is certainly some highlights on the schedule like the Eurozone sentiment survey, the NY Fed's GDP forecast and Fed speak. Yet, none of its speaks to the high-level motivations swaying the larger crowd. This past session, we saw this lack of reach in action. A range of high profile Japanese data, a strong Australia jobs report and more did little to meaningfully move markets. It would therefore be a stretch to expect anything different just because it is a new day. Themes remain the great wells of possible market activity. Risk trends in particular carry sways over the market like a bolder on a thin rope. But before we grow too ambitious with calls for an equity collapse or the full bear wave from the Dollar post head-and-shoulders break, we should consider the stakes and motivations. That is the focus in today's Trading Video. 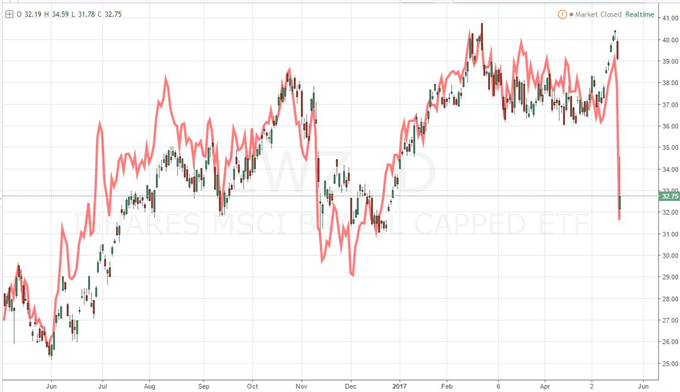