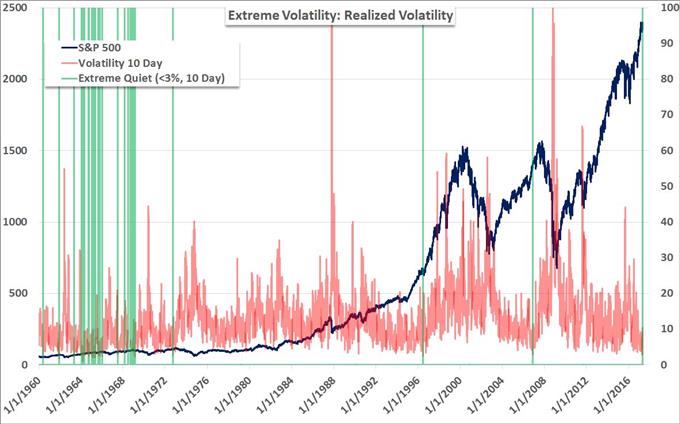 See how retail traders are positioned on the EUR/USD after Monday's gap, the S&P 500 just off record highs, US oil prices after the critical break down and the unexpected surge in USD/CAD short appetite on the DailyFX Sentiment page.

The 'buy the rumor, sell the news' mentality was certainly in play with the EUR/USD to start this trading week. However, we shouldn't simply find our market understanding in this axiom or we risk missing the true backdrop of what will motivate the next m oves for the Euro and broader financial system. Monday liquidity opened to the news that Emmanuel Macron had clenched the French Presidency from anti-EU, anti-Euro candidate Marine Le Pen. This offered a tangible sense of relief for a currency frequently plagued by existential fear. The first move for the Euro was a gap higher on the open, but the subsequent move was anything but encouraging. EUR/USD stumbled from its 2017 high with a large daily loss through the close. For those keeping the technical score, the EUR/JPY's gap above range resistance and subsequent reversal looks like a false-breakout-to-reversal candidate. We shouldn't assume that is the natural course, but the track has been laid. Following the first round of the French election, assumptions had been made and the modest risk premium built in for opportunists to poach had already been harvested. This second round was mere confirmation and bulls jumped off recognizing the increased need for more robust fundamental support to continue higher.

While the election news was a poor conductor for the Euro, it pushed yet another phase of progress for the already lofty sense of risk appetite. Aside from the CAC 40 and the Nikkei 225, the global equity indexes were generally holding to the recent bounds carved out. That keeps the likes of the S&P 500 at record highs however. What was truely remarkable was the development for volatility - both implied and realized. For the former, the VIX Index slipped below the 10 figure. It is the first time that we've seen this since 2006 and there are only a handful of instances we have been this low going back to start of this series in 1990. Arguably more extraordinary is the 'realized' form of volatility for the benchmark SPX. The actual volatility from the key equity index over the past two weeks (10-days) is the below a 3 percent annualized rate. This is only the third time it has dropped this low in 45 years. Why is this important? It reflects the state of the market we are operating in. The assumption is for preternaturally stable and buoyant performance which draws investors deeper into the outer reaches of risk exposure to make mere passable rates of return.

Traders should avoid the low return, high risk trap. Though it has been over 2,000 trading days since the last official 'bear market' and eight years since the last global financial crisis; conditions are such that trouble can easily spread throughout a system that has few defenses and an extreme amount of exposure. Rather that picking a direction, that should encourage flexibility in our risk and approach. Technicals, fundamentals (event risk and themes) and market conditions are more important to line up than ever. That said, there are few explicit opportunities that match all three criteria; but plenty that are close should a final piece fall into place. EUR/USD and GBP/USD, EUR/JPY and AUD/USD, Euro and Pound crosses all offer some degree of appeal. Then there are more suitable considerations that aren't thematic bound like USD/CAD and Oil. We look to separate risk from potential in today's Trading Video. 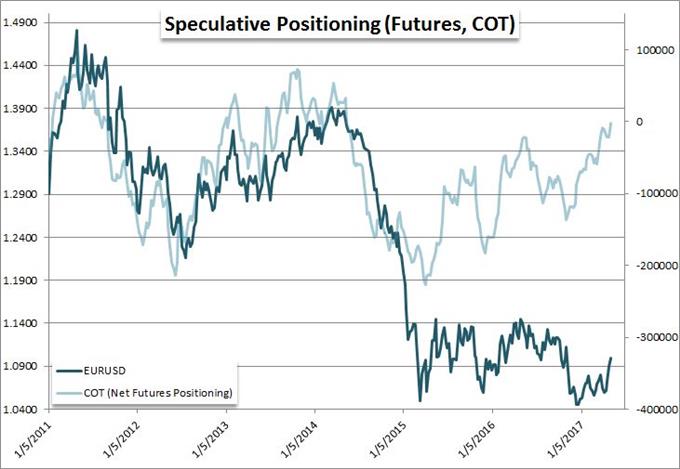 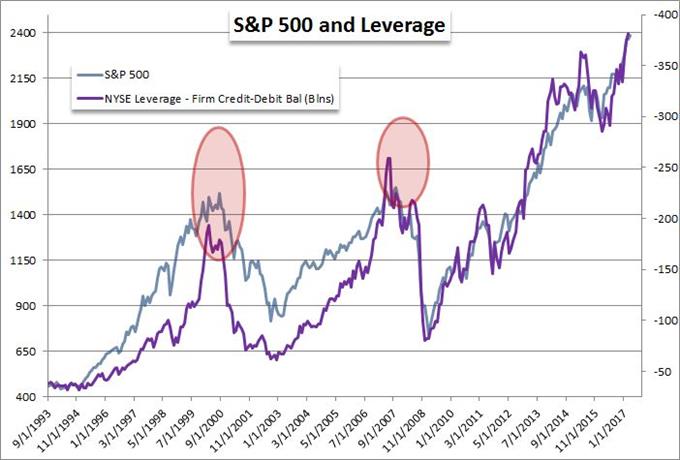