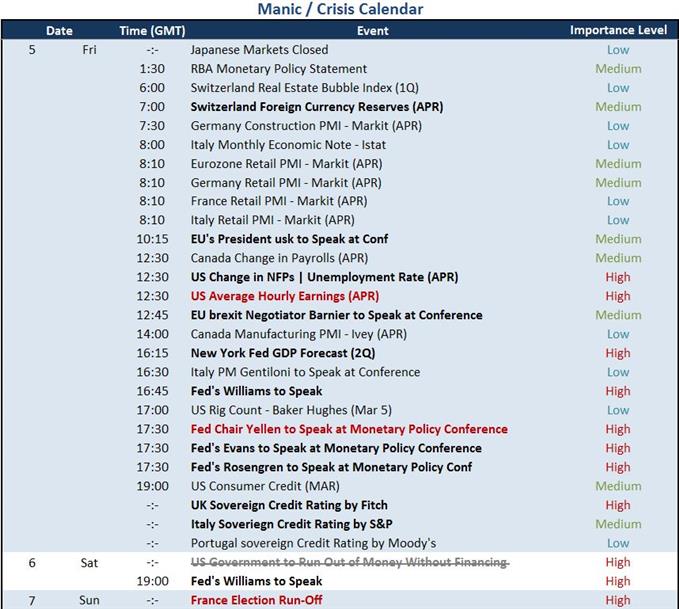 Pressure/Complacency Hits Historical Levels for Dollar and SPX, NFPs Up Next

Want to know the outcome of the NFPs and its impact on the market as soon as the data crosses the wires? Sign up for the live webinar on theDailyFX Webinar Calendar.

The count on the extreme complacency readings continues to tick higher. Both the DXY Dollar Index and S&P 500 have notched a ninth consecutive day in an extremely tight range. For the currency, this is still comparable to the narrow trading band of the same duration back during the Summer Doldrums of 2014. And yet, this particular bout of indecisive anxiety is unique given the very different fundamental backdrop as well as the fact that it has developed immediately after taking out what could have been critical technical support. For the equity index, there are more recent periods to compare its restrained range to; but it is nevertheless one of the smallest bands (as a percent of spot) in decades. What's more, the benchmark stock index is carving out this pattern just shy of record highs. These are far less stable circumstances in which to develop such deceptively benign patterns. The question is when will the markets revert to bigger swing and what motivates the transition.

Looking ahead, it is clear that there will be considerable expectation placed upon the shoulders of the US labor statistics to deliver relief from this suspense. The same anticipation was leveled upon the Fed decision though, and that lesson will not so soon be forgotten by traders that feel duped by the event's lack of resolution. In fact, the central bank's solidifying speculation for a June hike as well as the uncertainty of the second hike in 2017 will warp the potential for this sizable event risk. The focus will shift to the volatile NFPs and short-term speculative response can more readily prevail versus a trend born of monetary policy views. That can more readily support a drop from the Greenback and risk-oriented markets. Speaking of assets that more readily follow swings in sentiment, where the S&P 500 has been stationary; European equity indexes actually rose this past session while the more unusual assets (carry trade, high yield fixed income, emerging markets) moved sharply lower. Fracture in the foundation of complacency only furthers the trouble.

While the NFPs will struggle for more than a limited engagement for influence over the FX and capital markets, that may better suit the conditions we have recently found ourselves in. Short-term breakouts without full commitment match the pace we expect from these markets. For those looking for lasting positions, special care must be taken with the Euro in the final hours of liquidity this week. The second (and final) round of the French election is on Sunday; and confidence that the candidate vowing a French referendum of EU membership - Marine Le Pen - will lose is far too set. Such complacency famously presaged the dramatic market moves after the UK's Brexit vote and US Presidential election. Speaking of Brexit, the Pound's slow climb is starting to fade under harsher rhetoric from both sides in the build up to the official negotiations of the UK's divorce from the EU. Keeping tabs on the Pound with events like the Fitch sovereign credit update will prove important. Between the breakout risk surrounding US equities and the Dollar while other risk assets start to slide and oil attempts an unusual break down to trend, we must remain vigilant. We take stock of the contradictory speeds, directions and catalysts in the market in today's Trading Video. 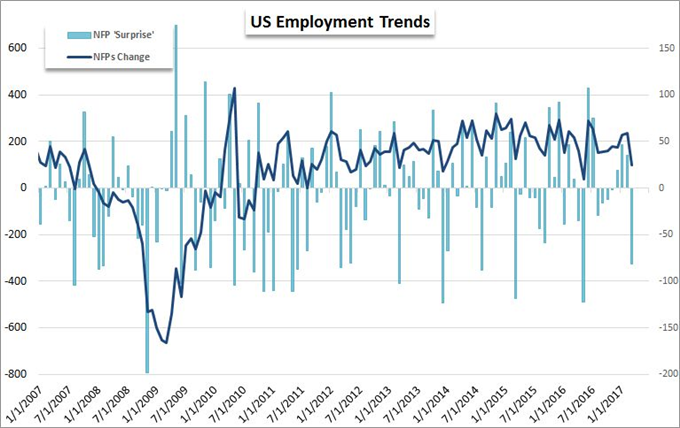 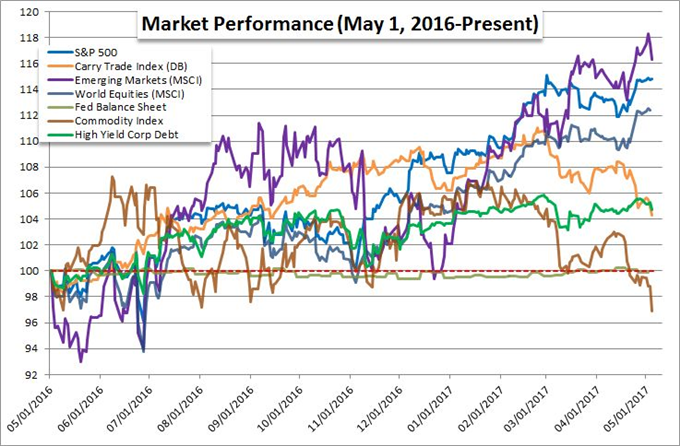