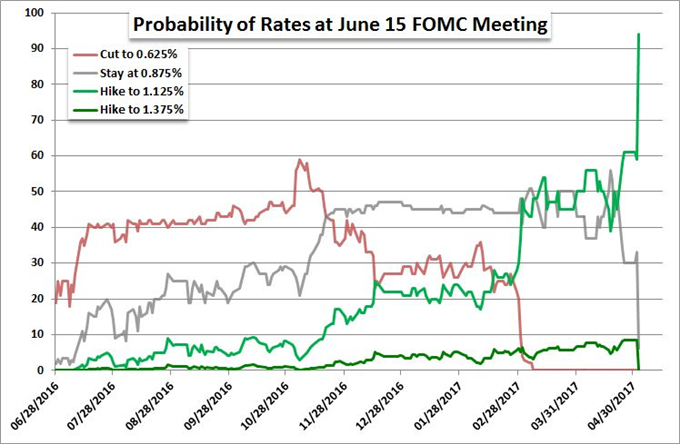 Already a month through the second quarter with updates from the FOMC and 1Q US GDP figures, that are the DailyFX analysts' forecasts for the Dollar, Euro, Equities and more? Find out in our forecasts on the DailyFX Trading Guides page.

This week's best opportunity to finally unleash large market swings and subsequently provide better trade conditions has come and gone without resolution. The FOMC rate decision Wednesday was expected to end in the same steadfast manner that the central bank has so carefully crafted these past few years, but those pining for volatility held out hope. Yet, the Fed does its job deflating volatility far too well. A hold on rates met the 95 percent probability reflected in Fed Funds futures going into the event, but the minutes would go further not to offer too much foothold to bolster expectations for timing subsequent moves and certainly didn't touch the frontier debate surrounding plans to work down the large balance sheet. However, there was some insight from the update. The group was confident and consistent in their forecasts which translated in the market to a near certainty that the June 15 meeting will result in a follow up rate hike. Markets put the chances at 94 percent.

Despite the conviction in a June hike, markets are still showing the chances of the Fed meeting their own forecast of three total 25 basis point rate hikes in all of 2017 (March was the first) at a very-conflicted 50-50. Given this uncertainty, the Dollar Index's (DXY) inability to force a break from its remarkably tight range doesn't come as too great a surprise. Yet as expected as the outcome and response may be, it still creates a more difficult environment to select trades. Trends are certainly far more difficult to forge and event short-term drives don't have the most prominent catalysts available to force the initial technical break. Looking ahead for Dollar-based pairs, a break of necessity is likely. A fundamentally-motivated resolution is also possible via the NFPs on Friday, but that is a ways out. It is also more difficult for the employment statistics to fulfill a speculative surge given the limitations the Fed decision creates. In this case the EUR/USD's well defined levels is more attractive.

The Dollar isn't only game in town, but other options aren't much more appealing. Risk trends continues to meander at extremes. The S&P 500 still holds in a tight range just off record highs. It remains the case that it is much more difficult to charge a lasting bull run from these levels than it is to tip a sharp sell off simply through rebalancing. Either outcome still requires a catalyst though. For the Euro crosses, the Eurozone GDP and French debates didn't provide the certainty necessary to clear tight technicals. There isn't even the clarity of them or event risk until Sunday's French election. The Pound may prove more productive - even if its development is gradual. The Brexit tone is growing more aggressive between UK and EU officials, and that doesn't align to the Sterling's advance as of late. Meanwhile, Oil's bearish break is clear technically, but questionable fundamentally. We take stock of our mixed markets in today's Trading Video. 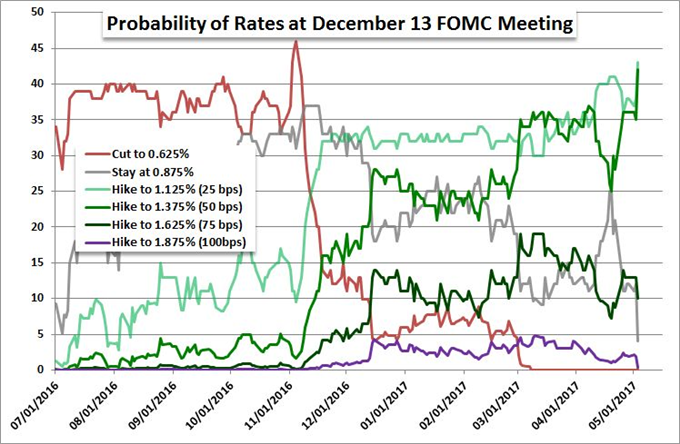 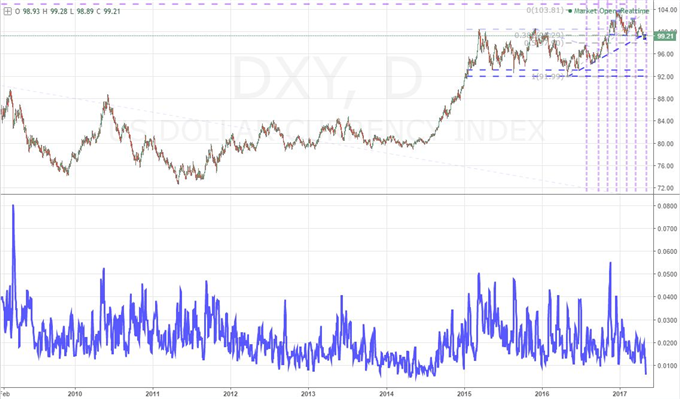