Dollar Traders Held in Technical Suspense as US GDP Approaches

Some of the key technical breaks have been made and considerable fundamental ammunition has been spent, yet the market seems no closer to commitment in speculative course, broad asset type or individual asset. Unease and tense expectation can just as easily sabotage markets as drive them to new trend. For the Dollar, the sudden drop in conviction is striking given it happened immediately after the ICE DXY Index cleared its technical confluence of a year-long trendline, multi-month head-and-shoulders pattern and collective of Fibs. There is equal oppression in the development of the usual suspects for risk trends. The S&P 500 has leveled up to its more recent range ceiling at record highs. Global shares, high yield assets and emerging markets have similarly stalled in their tracks while carry continues to slowly lose ground. Motivation is needed to charge conviction one way or the other.

Thursday's session held potential to reach the high level interest in sentiment, but the European Central Bank (ECB) and Bank of Japan (BoJ) rate decisions were more explicit threats/opportunities for their respective currencies and assets. An unexpected shift in any policy - even modest - could have leveraged dramatic moves. There was also considerable room for nuance in language to speculate on future policy ambitions. Yet, both policy groups would abstain from offering traders fuel for their speculative fires. For the big picture evaluation of global market value and volatility with changing tides of monetary policy, there was obviously little progress to be found. This week's final session is more capable of generating response as the probability of 'surprise' is far greater and the outcome is rather black and white.

There is a considerable amount of traditional, high-profile event risk on the calendar Friday. At the top of the list are the release of 1Q GDP statistics from the US, UK, France and Spain. For Europe, the populism push currently taking place in the French Presidential election cycle could potentially find a strong swing in support if economic activity alters course significantly. That is equally true for the UK where the June election will further set the mandate for Brexit negotiations. But, for sheer impact potential, the US growth report stands out. The Atlanta Fed GDP forecast released Thursday further lowered its assessment of growth for the world's largest economy to a virtually stand still over the period. If such a tepid pace were realized, more than just the Fed forecasts and the Dollar could suffer. Complacency in speculative outlets can turn to outright concern. While the data will capture the headlines, traders should keep focus on general market conditions to assess trading approach as well as the crucial themes that shape the underlying landscape. We discuss practical trading amid so many crosswinds - technical, fundamental and conditional - in today's Trading Video. 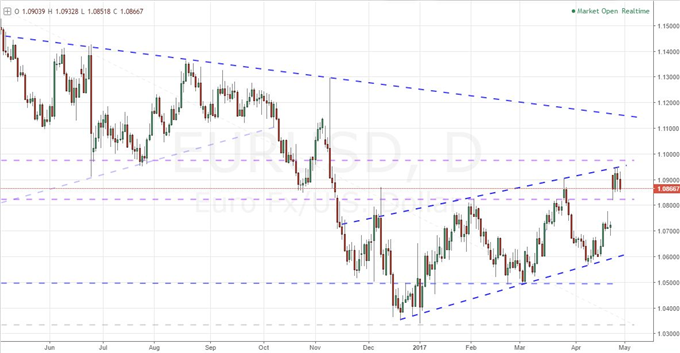 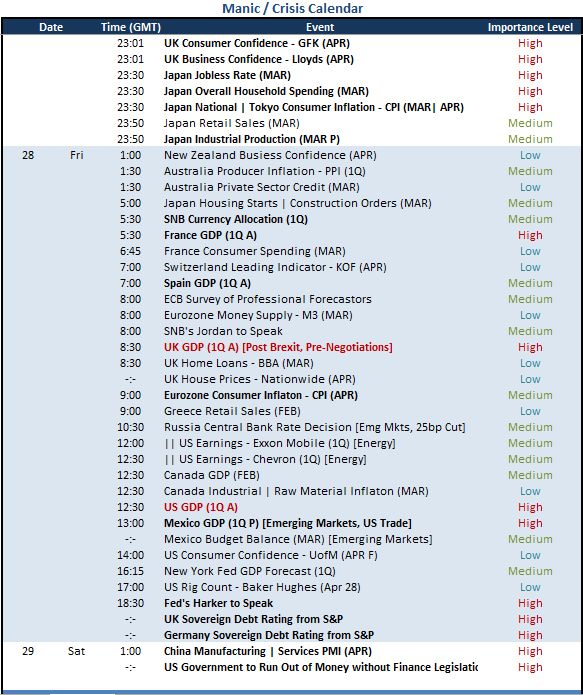