See how retail traders are positioning in EUR/USD, USD/JPY and the majors using the DailyFX speculative positioning data on the sentiment page.

The Dollar was conspicuously unmoved two days after its technically-decisive 'neckline' break Monday. The motivation for this move was distinctively a fundamental cross wind without a built-in drive. From the Greenback's own fundamental backdrop, the view is mixed and anticipatory. In contrast, the follow through on the general 'risk' asset class was more productive. Tuesday saw everything from global equities, emerging market assets to Yen crosses extend its week's climb - though with less gusto. Technically-critical highs are still overhead for benchmarks like the S&P 500, and there are critical event risk with dubious ability to drive sentiment across the entire system ahead. One thing is clear though, complacency remains painfully extreme. Not only has the VIX dropped back to its Summer 2014 doldrums, but the mere anticipation of sudden shocks (the VIX of VIX) has hit similar lows.

Top event risk from the US has the potential to hit the global stage. The top headline for this past session was the release of the Trump administration's long-awaited tax reform proposal. The proposed changes were significant and tangibly business-friendly. And yet, the market offered little cheer for the announcement. This tepid response was a combination of the growing concern that expedited campaign promises would face strong headwinds in Congress alongside the realization that the markets have already priced in considerable optimism in the full anticipation of tax reform and infrastructure spending. This can pose serious problems for sustained lift for risk-oriented assets like the S&P 500, high-yield ETF and carry. Speaking of carry, doubt has already spread. The Yen crosses have struggled for some weeks while the Australian and New Zealand Dollar have seen more substantial stumbles very recently. If risk trends defy fundamental gravity, the Yen crosses can offer short-term, measured opportunity.

Ahead, the seas grow increasingly rough and unpredictable. Scheduled event risk is topped by the release of both the Japanese and European central banks (BoJ and ECB). These are these most dovish of the largest central banks. Individually, surprises can leverage large moves from both the Japanese Yen and the Euro, but the impact is significantly skewed depending on outcome. Then again, there will be enough focus that the details will be evaluated for course over the medium-term. Other data and calendar-centric event risk is important economically but not consistently high profile as to readily threaten new trends. Aside from the constant watch for changes in risk trends, there will also be further update on Brexit course corrections and growing speculation of a NAFTA breakup. It was rumored US President Donald Trump is close to signing an order to withdrawal the country from the North American trade group. The news was enough to push USD/CAD above a range high and provide a more substantial shock to the Mexican Peso. We discuss all the event risk and trade potential moving forward in this Trade Video. 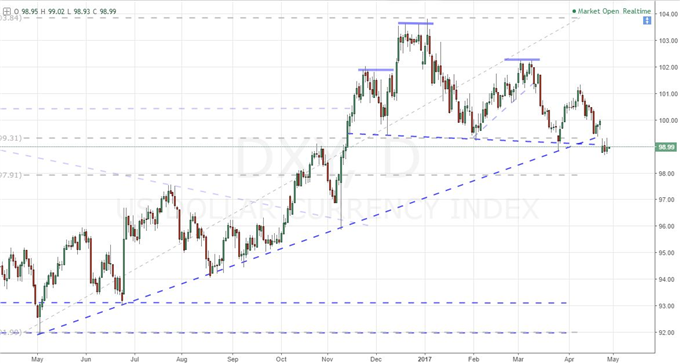 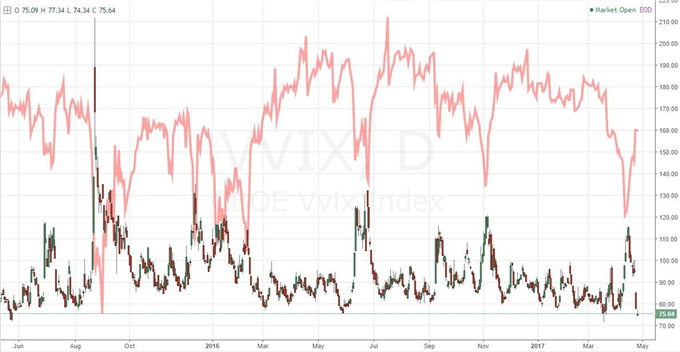 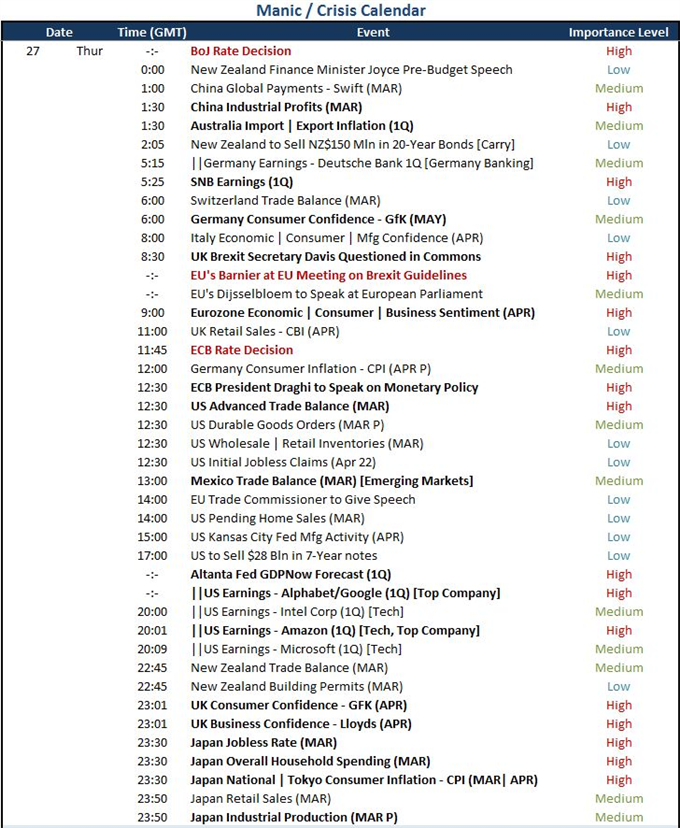