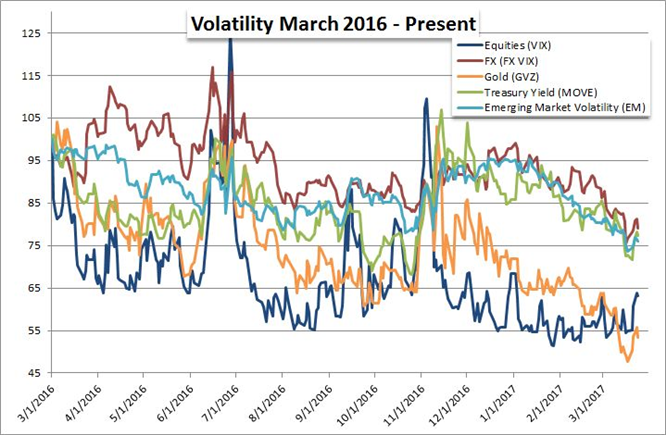 • US equities are looking increasingly unsteady as the failure of healthcare act casts shadow over tax, stimulus plans

• Net speculative futures positioning on EUR/USD rose to a near three-year high, pressuring the 1.0825 'neckline'

Three dominant fundamental themes have vied for influence over the financial market these past months, and all three find themselves in flux. Economic and trade policy has proven the most capable motivation for the markets as of late, but that catalyst now poses a serious threat to the prevailing trends in the market. To close out this past week, news that the drive to replace the existing US healthcare bill (the Affordable Care Act) had fallen apart generated a loud murmur of concern across the markets. This particular political agenda held little immediate economic or financial promise, and certainly didn't play a significant roll in the most recent leg of the S&P 500's rally post election. Yet, the scuttled policy effort raises concern that more economic-directed efforts could be far more difficult to push through that what was initially anticipated.

The two particularly, strong tail winds that transitioned from campaign to office were the vow for tax reform and a massive infrastructure spending program. These traditionally economy, revenue, income-friendly programs were exactly what was needed to rekindle an already stretched speculative market. Now, however, the realities of the political landscape is starting to seep into traders optimistic vision. Revamping and lowering taxes was already seen as a longer process, but not it threatens to be even more contentious. Meanwhile, a stimulus program seems a tall task for a budget-conscious GOP. The S&P 500 rallied an impressive 13 percent from the day after the US election results were tabulated to the high set this past month. We are still approximately 10 percent from the polls' close. While other factors played to this advance, it was made possible by political hope. All it takes is for that conviction to thin enough for risk trends to break. And, should sentiment implode; ruminations and promises on these efforts will be all but ignored.

In risk aversion, the options are many and sizable. Besides US equities, Yen crosses, emerging markets and other assets that have been motivated by momentum rather than return are primed opportunity. More careful strategy is required should sentiment continue to meander - or rise - despite the uncertainty of US and global policy. Those markets with range and definable levels to traverse would be preferable. Risk trends will be the end game and wavering confidence in political change a strong catalyst. Another possible drive can result from monetary policy. For EUR/USD stationed at a major technical resistance, the Fed's track with the PCE deflator, consumer sentiment and Fed speak will compete with Euro-area CPI figures which weigh in on recent speculation that the ECB was discussing rate hikes before year's end. Other event risk to keep tabs on includes the PBoC Governor's discussion of all those things that are so obfuscated in the Chinese financial system, an OPEC monitoring meeting and the official start of the Brexit procedures among other events. We look at the most pressing - and potentially tradable - developments in the week ahead in this weekend Trading Video. 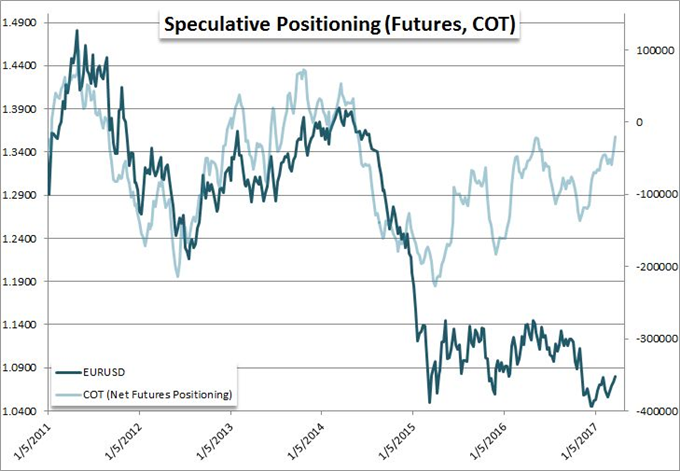