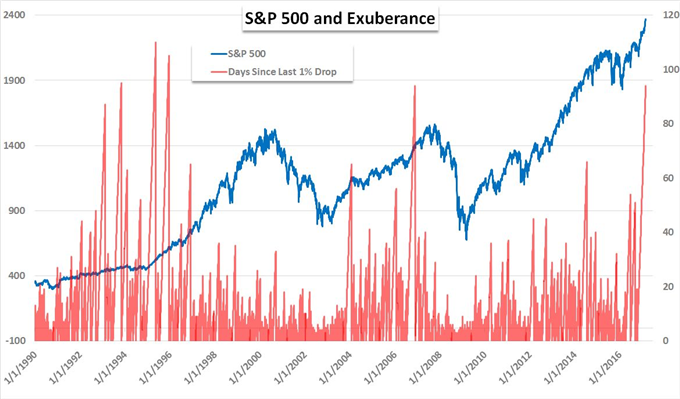 Monday offered traders an opportunity to warm up for the heavy event risk facing them as the week progresses. Focus is trained on the next major milestone on the docket: the US President's address before a joint session of congress. There are three dominant fundamental 'themes' jockeying for influence over the financial system: risk trends; competitive monetary policy and devolving trade relations. As of late, it has been the trouble in global trade that has drawn the greatest market volatility - whether from equities to FX to rates. And, the country in the position of greatest power to reshape the global financial landscape is the it's largest 'consumer' - United States.

Anticipation of the commentary and data due ahead, was showing a certain measure of influence over the key benchmarks already Monday. Reference to a budget neutral proposal (increasing US defense spending by $54 billion and reducing non-defense spending by the same amount) seemed to rekindle expectation of the trillion-dollar fiscal stimulus promised on the election campaign trail. US equities notched another positive - though restrained - day to push the S&P 500 to a fresh record and the Dow Index to a record breaking 12 consecutive days' advance. For the Dollar, an intraday reversal salvaged an initially bearish day; though there was little progress made for a prevailing trend. If Donald Trump weren't on the schedule, two other key events would garner more attention and perhaps volatility: the January trade report and February consumer sentiment survey for the US. The country's increasing shift to local prosperity at the cost of global relations has put a cloud over many currencies and further extended the fundamental gap behind the risk-reach that prevails. Both of these data points will update us on that impact.

Outside of the gravity of US trade standings, there is plenty of data on tap to stir volatility or even tap other capable themes. Monetary policy has lost some of its traction as of late, but it can easily be motivated back to the forefront with the right encouragement. Market expectation for a March 15 FOMC hike are near their highest level since the Fed Fund futures contract with the same expiration started trading. Nevertheless, the approximate 40 percent chance priced in on this product leaves a lot of room for surprise either the outcome is hold or hike. Fed officials making a concerted effort to deflate their impact will make a more blatant effort to convey their expectations of timing if they intend to move soon - and there is plenty of Fed speak and crucial inflation data (PCE deflator) due ahead. Meanwhile, UK sentiment surveys; Japanese industrial production, retail sales and business conditions; Euro-area inflation; Australia's 4Q broad trade report and India's 4Q GDP update are all on tap for the upcoming session. 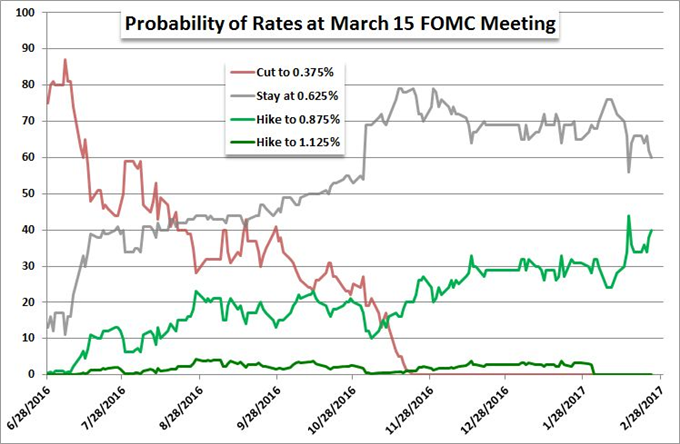