• Despite stumbles and uneven pace, US equities closed record highs - with extreme records like the Dow's 11-day advance

The tension continues to build in the most fragile areas of the markets as favored outlets for pressure relief seem to be stopped up. Risk trends continued to push its already extraordinary reach to end this past week with US benchmark indexes setting record highs through the period. While the S&P 500 is still one of the most recognizable of the overachievers, it was the Dow Jones Industrial Average that earned the most bombastic headlines through Friday. An 11th consecutive daily advance sets the third longest stretch - on an already stretched market - on record. That is just one of the more headline friendly statistics for mass consumption. There are so many more areas of reach that spell an extreme imbalance and complacency in the system. Increasingly, the question 'what can stop this music' is the explicit and implicit thought across the speculative masses.

While there is deep list of scheduled event risk through the coming week, it is still unclear exactly what can motivate a full reversal in sentiment. Among a lot of individual, high profile indicators and events; there are a few secondary themes that can start the ball rolling. Despite the failure to launch with the mix of a robust US CPI and Federal Reserve Chairman Janet Yellen testimony earlier this month, the evidence of fundamental support and policy official willingness is growing. The central bank's favorite inflation measure - the PCE deflator - is expected to jump to the target the group sets for the 'medium term'. The complication of a Friday time frame doesn't diminish the implications that the back-to-back speeches scheduled by the Vice Chair (Stanley Fischer) and Chair's (Yellen) have given the unmistakenly concerted effort being made by the Fed to acclimate the market. The Dollar will be the more direct route of influence with the DXY Index rounding out a right shoulder. The progress carries different implications for the likes of EUR/USD, GBP/USD and AUD/USD; but all are loaded.

Perhaps the most ominous cloud for volatility on the horizon is the chance that President Trump hits a fundamental nerve. The frequent trumpeter of promising economic and business changes in the near future is scheduled to speak to a joint Congressional house this coming Tuesday. If meaningful update to tax policy, fiscal stimulus or trade bearing are offered; the market impact can be significant. If it instead focuses on social and unrelated policy, the market will try to flush the anxiety. The Dollar and 'risk' assets aren't the only targets for volatility this coming week. Australian GDP and current account balance (4Q); Euro-area sentiment surveys; Japanese inflation and spending; New Zealand terms of trade (4Q); and the Bank of Canada rate decision are just a few high-level releases scheduled. We discuss what the next week holds in this weekend Trading Video. 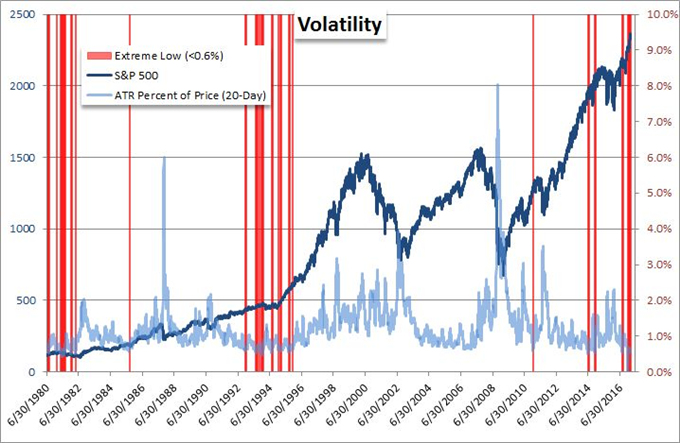 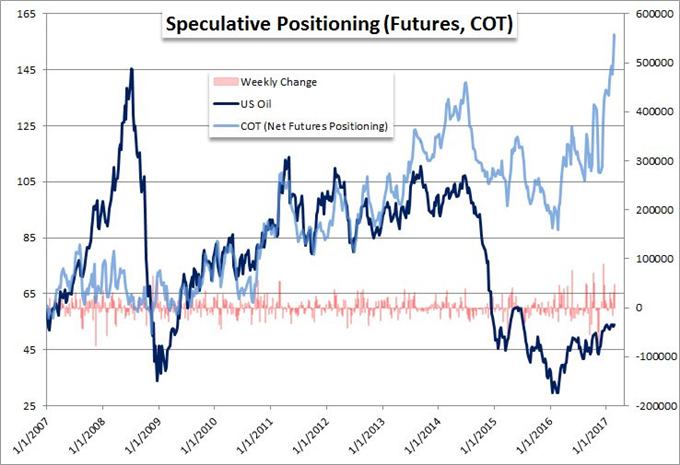