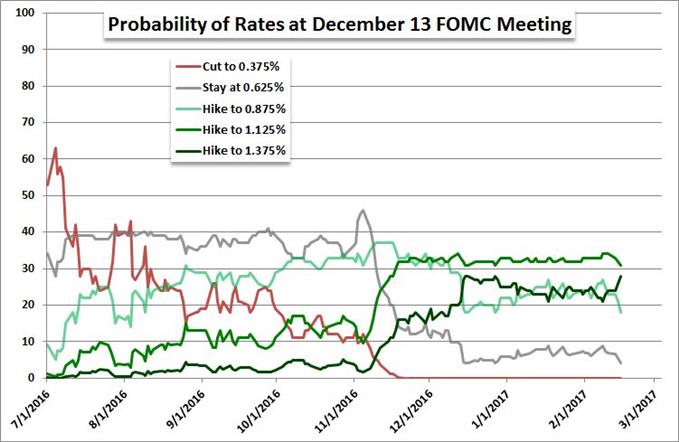 • Despite the charge to a 44 percent probability of a March FOMC hike and policy tail winds, the Dollar faltered at support

• President Trump's growth friendly vows a generating less lift, the G20's gathering and Moody's US credit review are ahead

Given the fundamental developments and the pacing of the markets this week, it would seem the S&P 500 were more 'at-risk' or reversal than the Dollar. Yet, this past session proved just the opposite to be true. While the equity index would stall for its first (technical) bearish daily close in eight session, there was little ground lost with the otherwise remarkable development. In contrast, the modest recovery made by the Greenback tipped into a significant decline. What makes these developments even more remarkable is that the fundamental motivation this past session would have suggested pace reversal between the two benchmarks as well.

On the docket, there was little to disrupt the risk run that has charged the Dow, S&P 500 and Nasdaq to consecutive record highs. With Chairwoman Yellen's testimony past and the traditional data significantly thinning out, the G-20 Finance Ministers' gathering and ever-threatening President Trump policy updates were top risks for Thursday. On the former, there was little in the way of meaningful progress to be reported to the market - despite the concern of most countries about the state of US policy and global trade in general. As for the mercurial nature of the new US President, a press conference offered little in the way of tangible speculative foothold - though the reference to the time frame on tax return seemed to be pushed back a week or two from the previously suggested range. Given the drive since the US election for US shares - ostensibly due to expectations of fiscal stimulus, tax reform and other market-friendly developments - it would seem there is more to lose there. In contrast, the Fed seems to be making a concerted effort to warm the market to a near-term hike (with Fed Fund futures pricing in a 44 percent chance of a hike in March and close to seeing three hikes in 2017 overtake two), yet the Dollar is proving unresponsive.

Though the final session of the week, traders will have to weigh the conviction behind risk trends restraint and the Dollar's stumble. While there is always the uncertainty of a White House update, the only known event risk for rate speculators to keep tabs on is rating agency Moody's review of the US sovereign credit rating. While unlikely to deliver a downgrade - or even warning of a downgrade - this is a weekend risk that may not be worthwhile to hold through given the short-term nature of the market. The second day of the G-20 minister summit may also offer some surprise, but it is not something to depend upon. As such, Dollar-based crosses (EUR/USD, GBP/USD, USD/JPY) look far less appealing where fundamentals and technicals lack. For risk-oriented setups (like the AUD/USD, AUD/JPY, AUD/CHF) provocative moves are to be eyed suspiciously rather than opportunistically. We weigh potential between technical and fundamental developments in today's Trading Video. 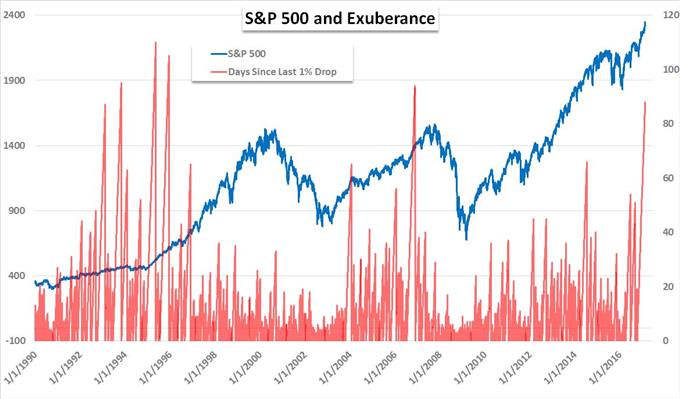