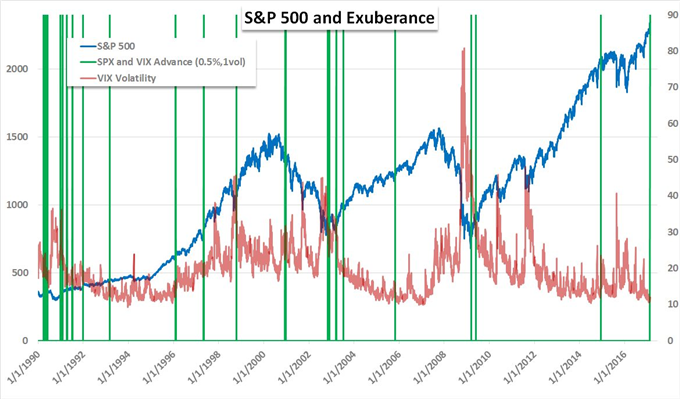 See how retail traders are positioning in the S&P 500 CFD and Dollar-based majors using the DailyFX SSI readings on the sentiment page.

Through January, the rolling three-month correlation between the US Dollar and S&P 500 peaked at a remarkable 0.95. That means the benchmark currency and equity index were moving in virtual lockstep through that period. Given the view of the former as an ultimate safe haven and the latter as a pilot for risk trends, such conformity is striking. Complacency on speculative risks and the forecast for competitive yield growth in the US helped to feed that atypical relationship. Yet, the unusual relationship may be normalizing - but not for the reason that may would expect. Given the build up in risk trends, it wouldn't be a stretch to assume that the risk reach would be battered first while the Dollar held out a little longer. The opposite seems to be unfolding.

With Wednesday's close, US equity indexes hit records across the spectrum; while the S&P 500 specifically notched a seventh consecutive advance - the longest stretch of daily gains in three years. The enthusiasm was once again not evenly distributed however across borders and asset classes. Global equities were a mixed bag - perhaps there is still some catchup to be had - and assets further out the risk curve were a mixed bag. Perhaps the best performance was from emerging markets with the EM ETF finally making a strong push past resistance while the Brazilian Real and South African Rand made progress after cracking heavy technical levels. For the Dollar, a break from its impressive recent run came despite a meaningful rise in Fed rate expectations. Fed Chairwoman Janet Yellen's second day of testimony didn't give the market much to work with, but the January CPI figures offered real traction for rate speculation. From a 25 percent probability just a few days before, the market now projects a 44 percent chance of a March 15 hike from the FOMC. That doesn't seem enough to ensure the USD's rise though.

In the upcoming session, the divergence between the Dollar and equities will continue to encompass one of the more remarkable discrepancies in global fundamental themes. The inconsistency in performance for risk assets will hang over the market either dragging other assets along the same route that US stocks have blazed or find the outperformers conform. The focus for event risk will take a marked shift over the next 48 hours. Rather than plot out the Fed's timetable and assessment for economic health, the international communities concerns will be brought to the forefront at the G-20's gathering of finance ministers. Given the state of global trade and the fears it has produced, it is reasonable to expect this will be an important talking point. Otherwise, event risk will thin out to leave overriding themes in charge of our bearings. We discuss what has developed and what lies ahead for traders in today's Trading Video. 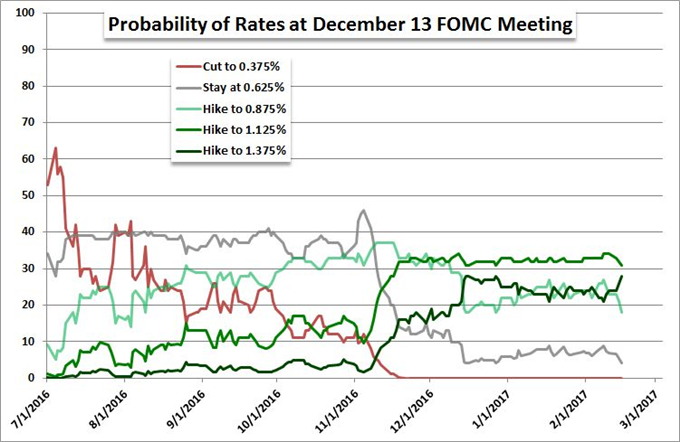