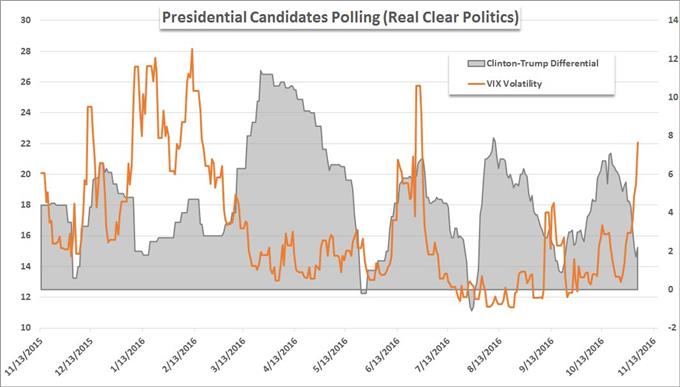 The S&P 500 has dropped for 8 consecutive trading sessions through Thursday's close. That is the longest series of daily declines for one of the most stubborn 'risk on' benchmarks since October 2008. There is little doubt that this is a risk-motivated move given the pace and the coordination with other asset classes that do not relate other than through sentiment. Given the seeming conviction and the noteworthy technical progress - the SPX looks to be breaking a head-and-shoulders neckline - it would seem a clear opportunity. However, there is considerable risk to trading not just particular alluring patterns but the theme itself. Weigh the circumstances before you decide to place a macro trade.

While we are already sporting a strong, elemental market wind and the ever-rousing NFPs are due in Friday's session; there is a blaring distraction for the market: the US Presidential Election. With the hours ticking down to one of the most contentious votes in modern US politics, it is difficult for investors to confidently take a large and/or lasting position on the markets before the results are in. What's more, the fixation has further increased not just because of the proximity but also due to the narrowing of the polls. According to recent surveys Donald Trump and Hillary Clinton are neck and neck. Rather than fueling fear of a specific candidate's win, this is genuine anxiety in not having a clear outcome to prepare for.

As new polls continue to fuel Americans' and traders' speculation, it will be difficult to motivate the Dollar or general market benchmarks whether the US labor report surprises or not. Outside of the risk and US monetary policy spectrum, the Pound may continue to respond to this past session's developments. The Bank of England (BoE) eased back from its dire outlook and aggressive stimulus response, but the true market mover was the High Court's ruling. The three-person judicial body decided that Parliament has a say in the Brexit conditions, which has bolstered the Pound on presumptions that a 'Hard Brexit' is less likely. Another currency to keep an eye on outside the strong currents is the Canadian Dollar. Canadian employment statistics may break the oil vs Dollar impasse that has kept USD/CAD range bound. We discuss these conditions and catalysts in today's Trading Video. 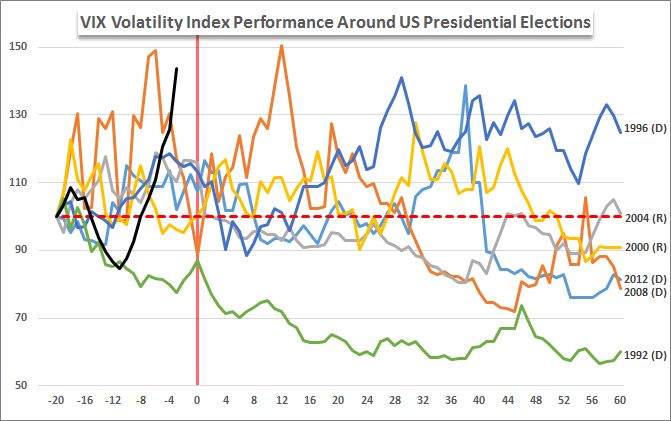