US Dollar May Weaken on one-sided Retail and Professional Sentiment

USDCAD – Canadian Dollar May Rally Further versus US Dollar

Retail forex trading crowds remain net-short the Euro against the US Dollar (ticker: USDOLLAR), and consistently bearish retail sentiment gives contrarian signal that the pair may continue to press to fresh highs.

CFTC Commitment of Traders data shows that large speculative futures traders recently became their most net-long US Dollars against the Euro and Australian Dollar on record, and short-term corrections (EURUSD, AUDUSD rallies) seem natural. This was especially visible ahead of critical Greek elections as it became clear that sophisticated traders were positioned for the worst on the Greek political and fiscal crises. Continued turmoil in Europe benefitted the safe-haven US Dollar as global investors exited risky asset classes. Yet a temporary lull in tensions leaves scope for further short-term Euro rallies within the much larger downtrend.

Professional trader positioning gives relatively clear warning that the US Dollar could continue to pull back across the board. Yet timing trades on CFTC Commitment of Traders futures data is especially difficult since the information is released only once per week and on a delay. Our proprietary retail forex speculator-based Speculative Sentiment Index (SSI) shows that smaller traders continue to buy US Dollars against the Euro and other major counterparts. We most often use this as a contrarian indicator—if the crowd is short USD we most often want to be long.

The combination of extremely one-sided professional sentiment and similarly extreme retail trader sentiment gives us reason to expect further EURUSD strength through near-term trading. Yet the broader trend remains clear, and our longer-term preference remains to sell into important Euro gains/buy into US Dollar declines.

How do we interpret and trade with the SSI? Watch an FXCM Expo Presentation that explains the SSI.

To receive the SSI via e-mail and other reports from author David Rodríguez, e-mail subject line “Distribution List” to drodriguez@dailyfx.com; Contact David via Twitter at http://www.twitter.com/DRodriguezFX 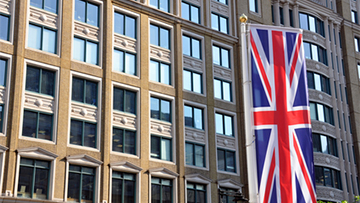