EURUSD – Retail forex sentiment suggests that the Euro could continue to consolidate and perhaps hit fresh multi-month lows. Our proprietary Speculative Sentiment Index (SSI) data shows that retail crowds have remained net-short the Euro against the US Dollar since the pair traded above $1.2700. Yet two weeks ago we wrote, “it is important to note that retail traders have shown early signs of flipping their trading bias. Our Speculative Sentiment Index-based ‘Tidal Shift’ strategy took a short position at $1.3325.’

It is obviously easy to highlight our own trading ideas when they have already played out in our favor. And in reality, the ‘Tidal Shift’ strategy tends to produce more losing trades than winners. Yet its accurate trades have historically picked up on much bigger turns in price action, and its losers have historically produced smaller losses. As always, past performance is NOT indicative of future results.

Where does this leave us? “Tidal Shift” closed out its short position from $1.3325 at a gain, and the system has since re-initiated a bearish position at $1.3060. Given the sharp EURUSD turn lower from its recent highs, further lows are entirely possible if not likely. Our own technical EURUSD forecast predicts that a break of $1.2975 favors a move towards 1.2900 and eventually the January low. A break above $1.3190 would negate our bearish technical bias.

How do we interpret the SSI? Watch an FXCM Expo Presentation that explains the SSI.

To receive the SSI via e-mail and other reports from author David Rodríguez, e-mail subject line “Distribution List” to drodriguez@dailyfx.com 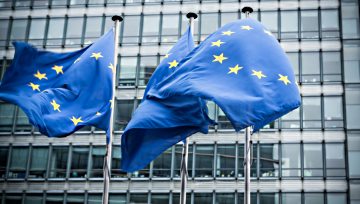